For underdog Democratic candidate Martin O’Malley, finding new caucus-goers to support you means looking everywhere – even in 20-degree weather in a snowy neighborhood in Des Moines. That’s where O’Malley was on Wednesday, going door-to-door with his son William. A few days earlier he drove through a snowstorm to make small, rural county events (which probably should’ve just been canceled). He spent Saturday and Sunday meeting with Democrats in conservative Western Iowa, and finished up the trip back at his Des Moines headquarters last night, making phone calls alongside staff and volunteers.

For six of the last eight days, O’Malley criss-crossed Iowa in the hopes of building up enough support to turn in a respectable showing about a month from now in the caucus. He has now visited 62 of Iowa’s 99 counties and will be in the state for the majority of the final month. The going has been tough at times, but O’Malley’s still finding good-sized crowds and volunteer commitments along the way. At the very least, he’s not losing ground like many of the long-shot Republican candidates. Most important, however, is convincing many new caucus-goers to sign up for his corner on caucus night.

“I think psychologically a lot of Iowans put off making a commitment until after Christmas,” O’Malley told reporters in West Des Moines on Wednesday after speaking to a crowd of about 150. He claimed that internally they’re getting many more commitments to caucus for him now.

“The key to success in Iowa is organize, organize and catch fire late,” O’Malley notes often at events.

O’Malley and his campaign team have certainly done the first two tasks. The third key has yet to develop.

“It’s hard to gauge,” O’Malley admitted in West Des Moines of his own momentum. “But I was very, very elated to see such a crowd like this on short notice here.”

On the days when it’s not blizzard-ing, O’Malley does still find good crowds in cities large and small. Nearly all are long-time caucus-goers, the type who will certainly show up and have experience organizing the room for their candidate. But compared to his rivals’ events, he still has a long way to go. How O’Malley could possibly catch up in a meaningful way to second place Bernie Sanders, who is drawing crowds as large as 800 in places like Ottumwa this past week, is uncertain.

But O’Malley continues on.

On Tuesday he trudged through snowy streets and slick driveways to knock on doors in Des Moines’ Beaverdale neighborhood. O’Malley’s son Will, who is spending his winter break from school helping out the field team in Iowa, explained to his father how to use the miniVAN program on his phone, the door-knocking app the campaign uses.

“How many doors have you knocked?” O’Malley asked his son on the way back from one door.

“Well, a lot more than you have,” Will replied (he’d hit over 150 himself the previous day).

Not many were home in the middle of the afternoon, with O’Malley only speaking to a handful of people at the dozen doors they knocked. Near the end he spoke with one woman who planned on caucusing and was undecided. O’Malley introduced himself briefly and left some literature, and was called back to the door on his way out to meet the woman’s 12-year-old daughter. She was wearing a Taylor Swift shirt (whose songs O’Malley has played during the campaign), and the two talked about guitars. The daughter had just gotten a new one for Christmas. 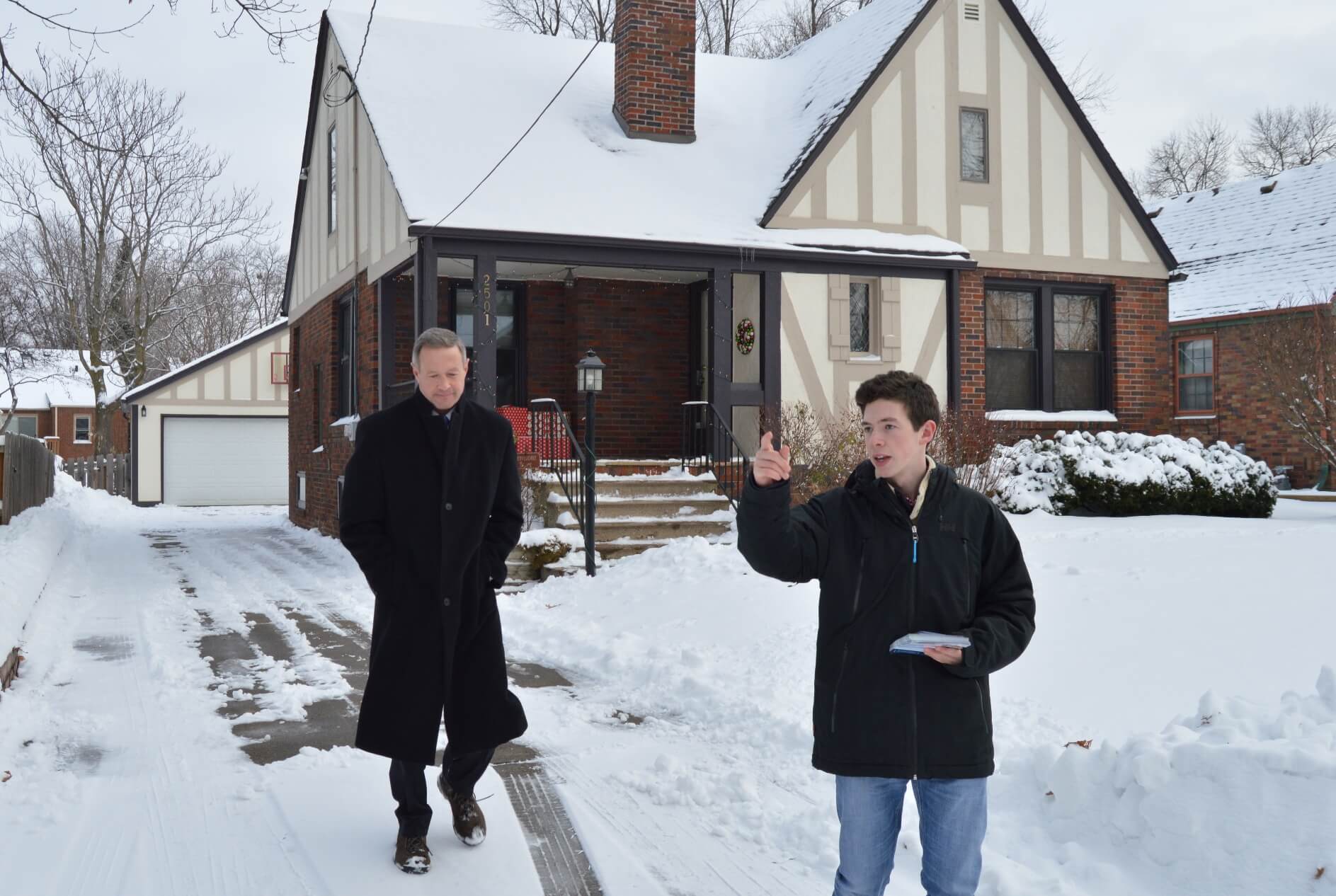 Many Iowans would commend O’Malley’s dogged persistence in the face of overwhelming odds, sticking to the tried-and-true method of retail politicking in Iowa. And he does often come away with caucus-goers impressed enough to support him. The question is of how many he can realistically persuade in time.

Even if he does somehow surprise in Iowa, the road ahead won’t get any easier. Campaign funds are likely near empty and he’s still not nearly as well known on the national stage. O’Malley failed to make the primary ballot in Ohio last week, which he sounded frustrated about this weekend.

“I was disappointed – in any challenger campaign part of it is a battle of attrition, making sure you don’t drop any important balls,” O’Malley told reporters, noting in Des Moines that Ohio does happen much later in the process. “But I think this race is going to be changed here in Iowa. I believe the outcome of the race is going to be set very early here. I think the people of Iowa have the opportunity here to lift up a candidate that no one has heard of before. In the meantime, we’ll look to compete in a write-in basis in Ohio, but we’ve gotten on the ballot every other state so far that’s had a deadline.” 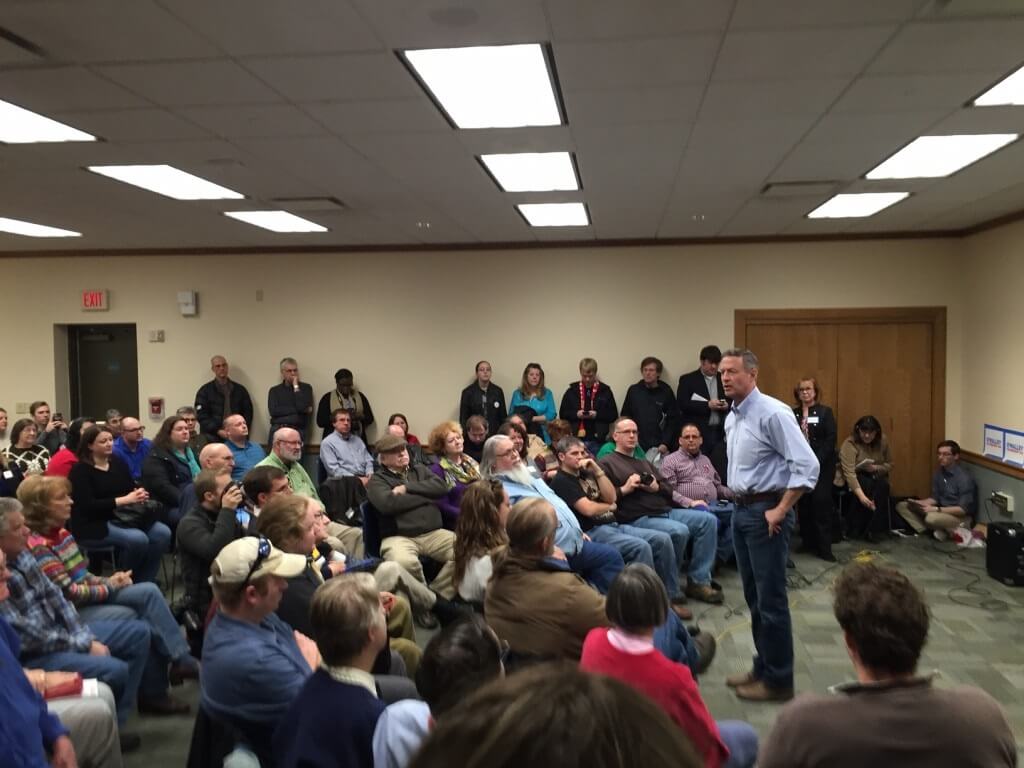 The more pressing challenge O’Malley faces is making sure he reaches viability in as many precincts in Iowa as possible. Hitting the 15% threshold is crucial to ensuring his support on caucus night doesn’t end up even lower than some polls. There might be some caucus night strategy by the Clinton and Sanders groups to keep him viable in some areas, but that’s largely out of the O’Malley campaign’s control.

“I’ll leave that to some of the campaign people to answer,” O’Malley said when asked about what his non-viable groups should do. “You can come up with all the strategy you like, the truth is once you get in that room people make up their own mind … I know the threshold is an important milestone to reach and we’re looking to do that in as many precincts as we possibly can. We’ve identified precinct captains in hundreds and hundreds of precincts across Iowa now.”

Getting to viability will depend a lot on his local volunteers in each precinct. That’s who O’Malley called on Sunday night, his last stop of his Iowa trip. After bringing in a stack of pizzas to a packed room of phone-banking volunteers, O’Malley sat down next to staff and worked his way through a call list to thank some of his best supporters. 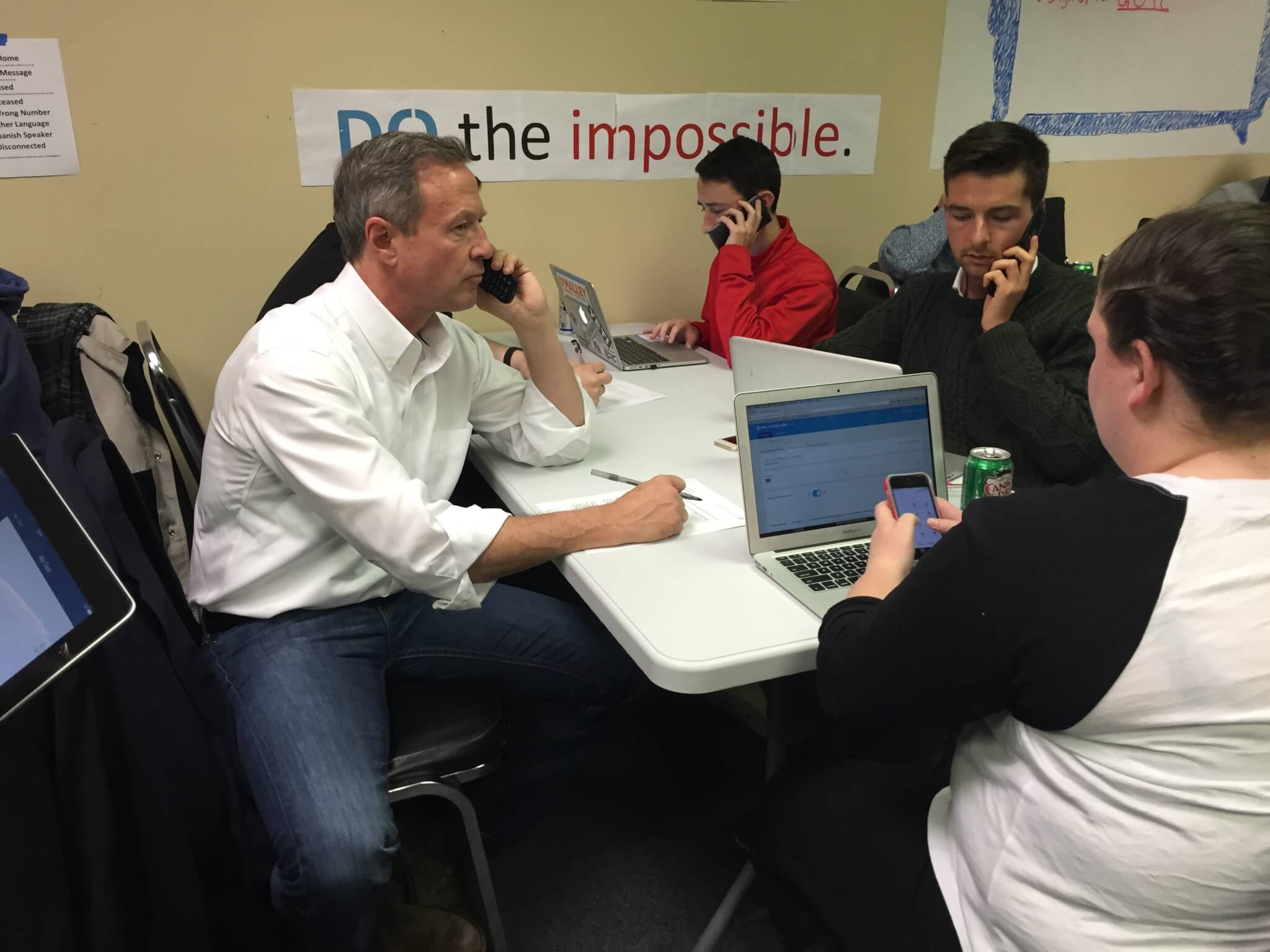 “Thank you for all that you do, keep telling your friends and neighbors for me, I’m counting on you,” O’Malley told a volunteer from Council Bluffs over the phone.

“She says she’s happy to run CB 7 for us,” he told one of his field organizers sitting next to him after he ended the call.

Working in the trenches with the rest of his field team probably takes him back to his days working for Gary Hart in 1984 as a young campaign organizer. While walking between doors on Tuesday, O’Malley noted they mostly focused on calling over door-knocking back then. He references Hart’s late surge in the caucus often as a way to encourage his supporters’ faith – and perhaps to reassure himself as well. 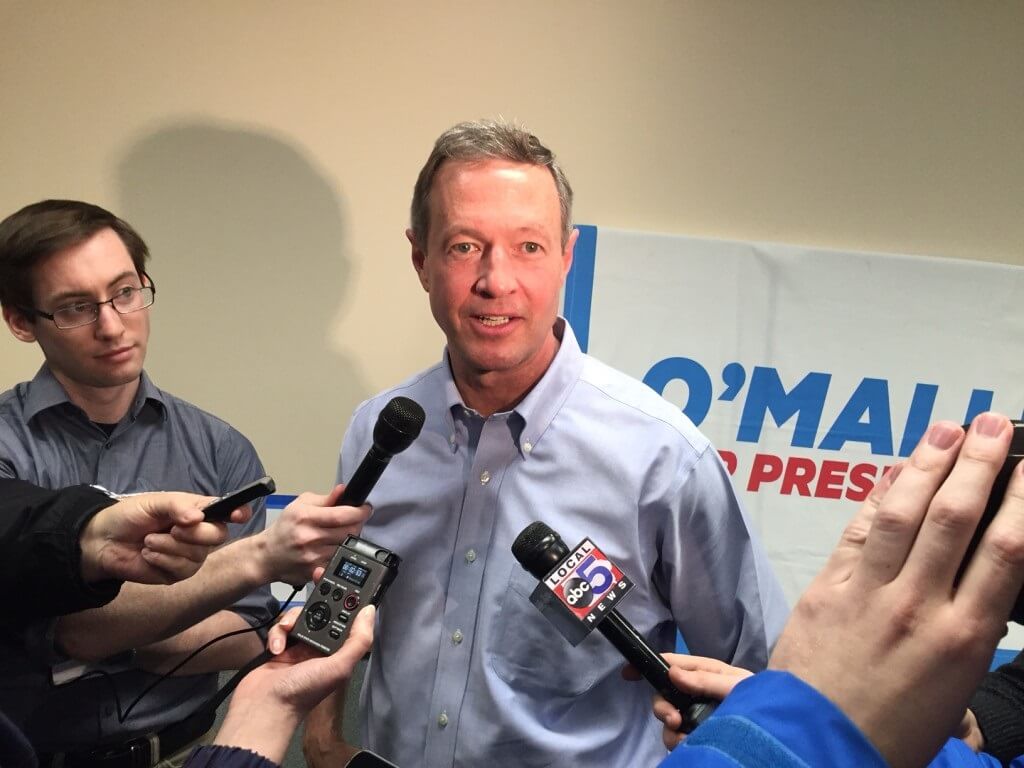 “My hope was always that we’d get to 10% by the end of the calendar year, and we’d have name recognition north of 50%, I was actually hoping for 60%,” O’Malley said in Des Moines when asked if this is where he wanted to be by now in his campaign. “We’re about where I thought we would be. Now we need to push through for the last 29 days.”

Many of those last days will likely look like this past week for O’Malley: doing the long and tiring work of retail politicking, meeting voters one-on-one across Iowa and New Hampshire to take their questions and give his final pitch. As it’s been this entire campaign, there’s not a lot else he can do. Wait for Clinton or Sanders to stumble and work for a break-out moment in the last debate before Iowa, all the while making sure he has enough organization on the ground to take advantage of a shift in momentum. As O’Malley says often now during his closing month of events, he still hopes to “upset the apple cart” of predictions and change the state of the Democratic nomination race.