The Super PAC ads are coming.

That was the warning given by many of the speakers at Iowa Pays The Price’s Stand Up To Super PAC rally this Sunday outside the state Capitol building in Des Moines. And in many ways, the unlimited money available through those organizations have already poured into the state in the lead up to the Iowa Caucus. That brought a coalition of Republican, Democrat and independent voters out on Sunday to voice their frustration with the current campaign finance setup.

About 70 people, many of them younger voters, rallied outside the Capitol. Scott Siepker of “Iowa Nice Guy” fame kicked off the rally by criticizing Super PAC influence for “muting the discussion” on important issues.

“If you’re as mad as hell about it as I am, you are not alone,” said Siepker. “Our system is broken. As we approach the next caucus cycle, as you try and watch TV, there are going to be an average of over sixty commercials of a political nature on the eight days leading up on our local TVs. There’s good TV, but that makes me want to turn it off.”

A trio of speakers followed, one Republican, one Democrat and one independent.

“This is truly a bipartisan issue,” said Robert Lyons, a Republican and President-elect of Simpson College’s student body. “We’re all united here because eight out of ten Americans think that Citizens United should be overturned … Those are numbers we don’t see on any issue in this day and age … In an ironic twist of fate, Citizens United has done more to unite the people of Iowa and this nation than any other issue.” 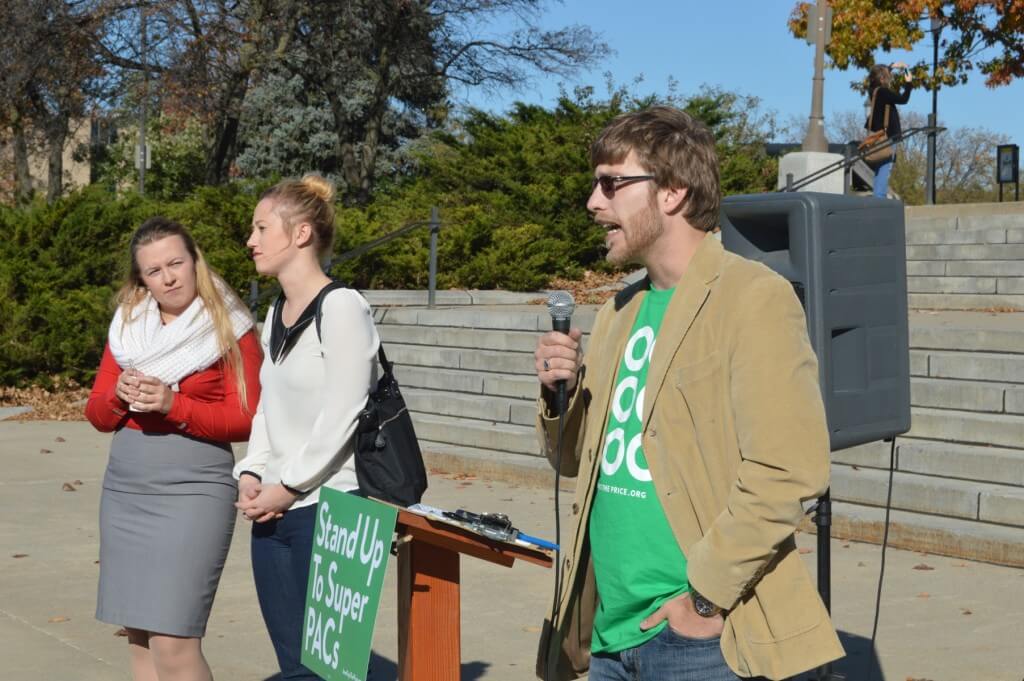 “I’m a voter who’s pretty pissed off that my voice gets drowned out by a couple zeros at the end of a check,” said Bri Steirer, the President of the Drake Democrats. “I’ve talked to many, many young people who have shallow pockets but so much passion in their hearts. One of the reasons our generation is so frustrated is because we see our voices, our influential, our positive voices being drowned out by some guy in a suit who can write a check.”

Steirer pointed to the upcoming debates on both sides as important opportunities for presidential candidates to speak out against Super PAC influence.

“Can your vote be bought?” asked Amanda Loomis, the co-chair of Iowa Pays the Price, and an independent voter.

“No!” responded the crowd. 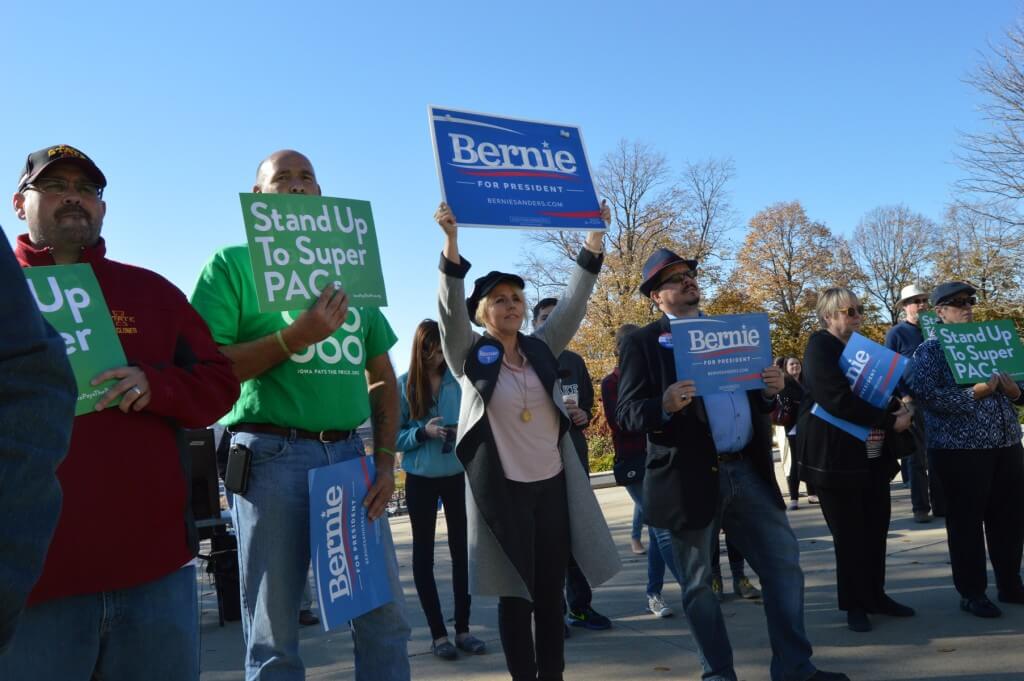 “I want to make sure that people are voting in this next election, regardless for who that is,” Loomis said. “I want people to say what they think, without people drowning you out … We need to hold the candidates accountable for this issue – one vote is not worth one dollar or more.”

All the speakers encouraged attendees to press the candidates on Super PACs while they travel the state asking for caucus-goers’ support. The Iowa Pays the Price organization has already been doing some of that already this year: