It has been quite the presidential campaign summer in Iowa and if you happen to be Latino, specifically Mexican, it’s been pretty rough.

As a Deferred Action for Childhood Arrival (DACA) recipient with an unclear legal immigrant status, it has been especially rough having to attend the countless Republican town halls and events post-Trump’s appearance, with the rhetoric on immigration veering a hard right.

The hardest part of being at the events is having to hear the ridiculous assumptions and myths the Republican candidates have stated throughout the presidential race and below is my top 4 moments in honor of national Hispanic Heritage month. Here they are (Drumroll please):

1). When Bobby Jindal told the immigrant protesters at the Iowa State Fair “If you want to come to our country, come here legally and speak English”.

Bobby Jindal seemed to have forgotten they were chanting “Citizenship Now” in English and not in Spanish, which makes sense since 33.2 million Latinos speak English proficiently (according to Pew Research Center)

Donald Trump jumping into the race and putting a target on Latinos in the United States, such as having a Latino homeless man being beat up in South Boston. Even in our “Iowa nice” political atmosphere, Latino ISU students faced hostile environment during a peaceful protest, culminating with a student getting his sign ripped.

I have to give props to Donald Trump to always find something outrageous to say like “I don’t think they have American citizenship, and if you speak to some very, very good lawyers, some would disagree”. This forced other candidates to take up similar positions, with even an Iowa radio host advocating for the detainment and enslavement of undocumented Latinos who refuse to leave the United States.

Here’s to hoping the general election leaves out the cruel immigration rhetoric and actually focuses on concrete policy ideas meant to unite and not to divide. 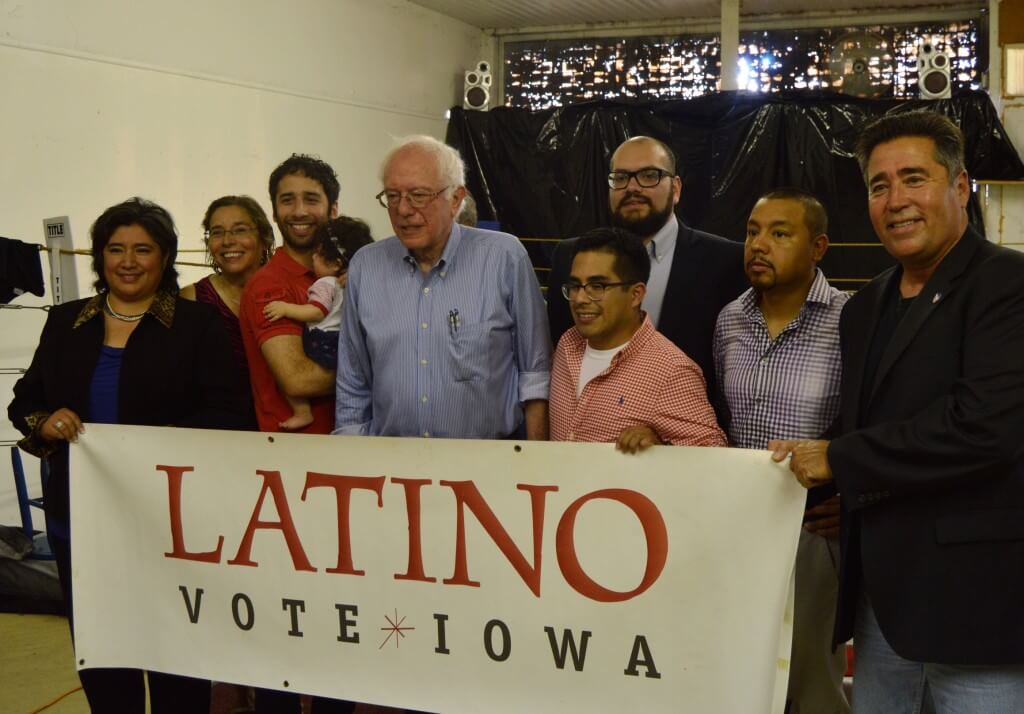