If you’re looking for a prescription to combat the ills of climate change, climb on up to the top of John Forbes’ pharmacy in Urbandale to see the 90 solar panels he’s installed to power his business. Once it comes online next week, the panels should power 80% to 85% of his Medicap Pharmacy electricity needs. It will also end up making him money in the long run, as the investment should pay for itself in about eight years, and end up gaining the business approximately $63,357 over the life of the solar facility.

“We’re very excited to be able to have an impact on the environment,” Forbes, a Democratic State Representative in the Iowa House, said while standing on the roof Wednesday with reporters, activists and elected leaders. “As you know, global changes in the environment and climate are affecting our whole world and I liked to be able to use this as an example to educate the public on what a small business can do to have an impact on how our environment is going to change over the next five to ten years.”

Forbes has a monitor in his store that will give live-updates on how much electricity the panels are producing every day, and show this video of the panels shot by a drone hovering over the top of the store. 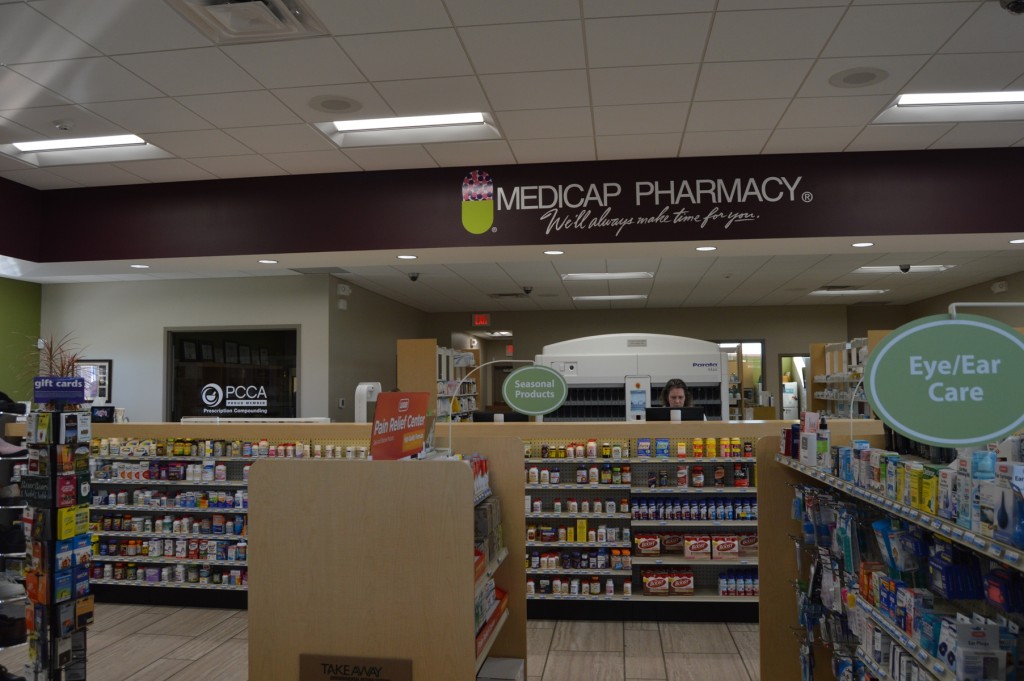 “It’s exciting to be able to educate the public and be able to give them insight into where I think the future of our country and the world needs to go, and that is relying less on fossil fuels and more on the energy that we’re receiving right now from our beautiful sun,” Forbes added.

“John’s system will be about a eight year payback and a double digit rate of return,” Olson said. “The financial payback is there as well … This is not just kind of theoretical, something that looks good or feels good, John’s going to come out ahead at the end of the day. We really talk a lot to our customers about that financial payback.” 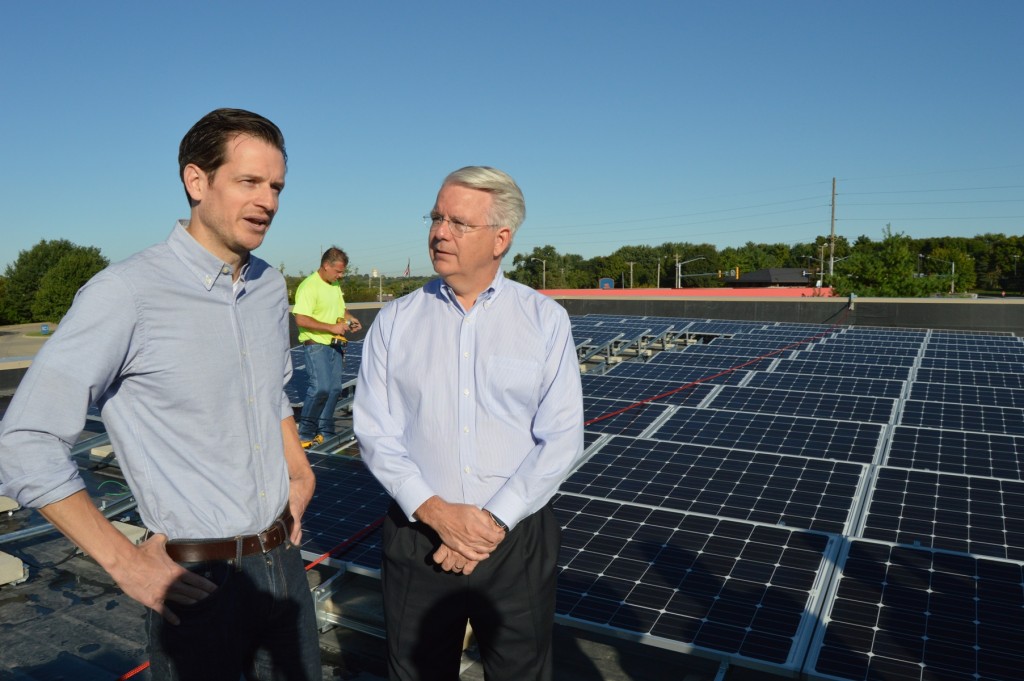 Forbes built this new business with a solar component in mind. The panels weigh about 40 pounds each, plus some more from the additional electrical components and setup. Olson noted that most buildings built after 2000 already have more load-bearing capacity on their roofs, and don’t require additional structural upgrades to install a solar panel system.

The cost of the project was reduced by 48% thanks to tax credits, something Forbes hopes to keep working on in the Legislature.

“A project like this is about between $80,000 and $90,000,” Forbes said. “As a small business owner, there’s a lot of people who’d probably like to be able to do that, but they don’t have the up-front capital to do this. So as legislators I think we need to look at programs to incentivize small business owners to move in this direction.”

Another important issue for businesses or public buildings installing their own electric generators is net metering. Forbes’ project will sometimes produce more energy than his business needs, and will get a metering credit for it, which he can then use in the months where usage is higher than production.

“I think it’s important that the utilities board maintains that requirement and they could also do a better job in how they net meter power-puchase agreement types of arrangements, which come into play when you have entities without tax liabilities,” Olson said. “That’s something important to watch over the next five to six months, because in a lot of ways that’s just as important as the tax credits.”

Forbes also cut electricity costs for his building by installing efficient LED lights and setting up a geothermal system. This new pharmacy is about three times the size as his old building, yet requires about the same amount of electricity to run.