A little over a week after the 95th anniversary of the 19th Amendment, which granted women the right to vote, Hillary Clinton’s Iowa campaign brought together their newly-formed Women for Hillary organization to mobilize support to elect the first female president. A good crowd of over 100 met at a private home in Des Moines’ East Village on Monday evening, where they encouraged each other to get engaged in the campaign.

Recruiting motivated female volunteers is obviously a key goal for the Clinton Iowa operation, much as it was in 2007/2008. And a look around the room yesterday found many well-connected activists experienced in knowing how to network and organize in the caucus, but also a number of younger people as well that are politically active in the Des Moines metro. While Bernie Sanders has brought out many college-aged students to his rallies, the number of volunteers in their 20’s, particularly young women, who have been activated by Clinton’s candidacy is one of the more under-reported stories of 2016.

The Iowa campaign released the full list of their Women For Hillary organization about two weeks ago, which contained leaders and activists from all 99 counties. It also had numerous names that were with Barack Obama in the 2008 Iowa Caucus.

“She has shown that she’s got what it takes to be President of the United States,” said State Senator Janet Petersen, who recently endorsed Clinton this summer. “I was with Obama in ’08, and a lot of the issues that I care about that affect families, they still haven’t gotten done. And they’re the issues Hillary talks about every day.”

“I am really tired of soundbites, I want sound conversations, and that’s what Hillary Clinton will bring,” Susan Voss said in welcoming the Clinton supporters to her home. A mix of well-known Iowa Democratic leaders and local regular volunteers addressed the crowd to explain their support of Clinton and how people can get involved in the campaign. 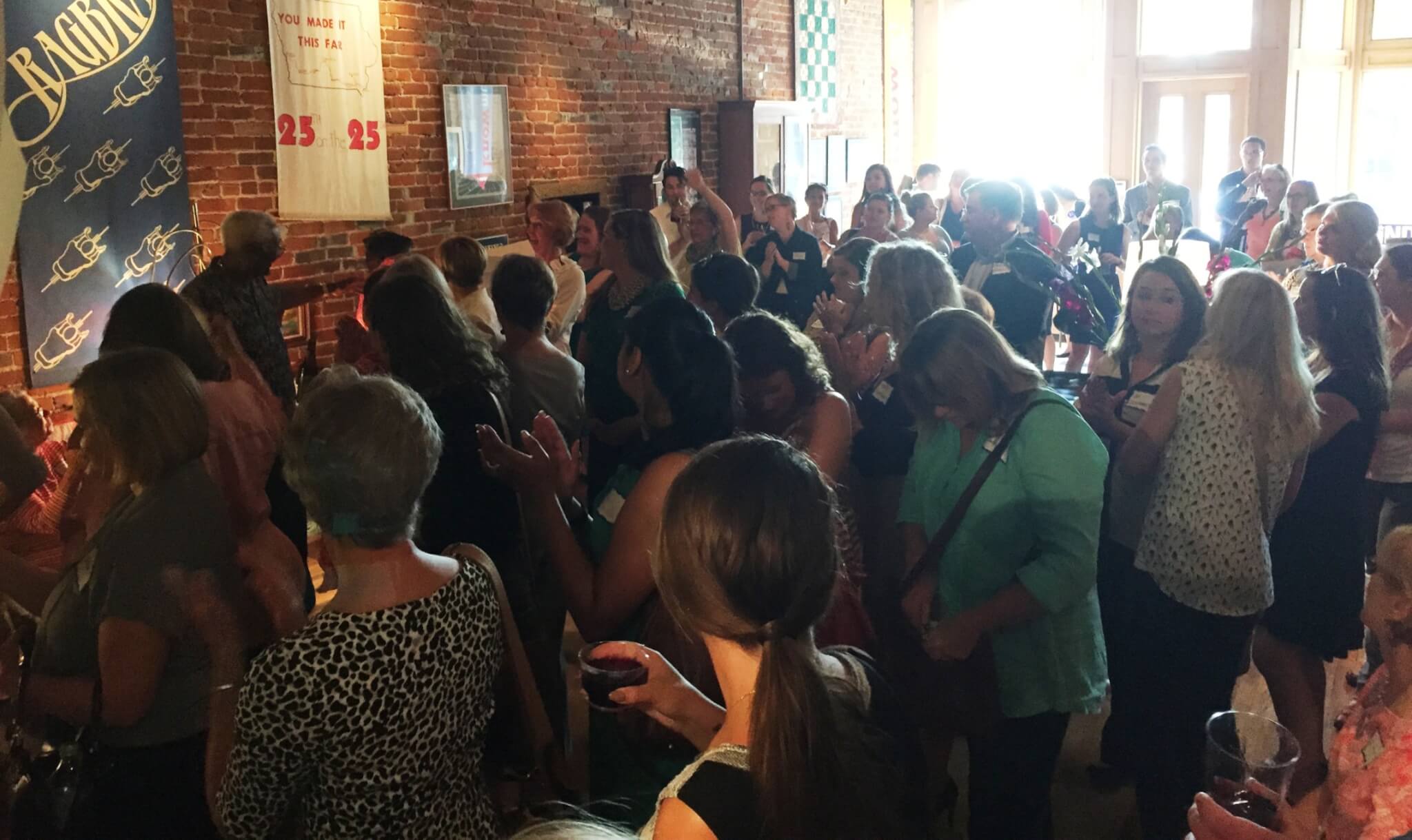 Bonnie Campbell called Clinton “the most capable of our candidates,” and remembered traveling to the Beijing conference in 1995 where Clinton declared, “Women’s rights are human rights.” Campbell also told a story of Bill and Hillary Clinton often calling her late husband when he was very sick, to check in and offer words of encouragement.

“This woman that Republicans like to call ‘ruthless’ and ‘driven’ – just not seeing it,” Campbell said.

“It’s important to me to have a woman president – it’s not the only reason to support her, but it is a reason,” said Stacie Bendixen, a young professional who has been volunteering for the campaign in Urbandale. “Women have different perspectives and we’re behind much of the world in having a female leader. Other countries have elected them. We pride ourselves on our democracy so it’s high time we have a leader who represents the other half of our population.”

Sally Pederson, the former Lt. Governor of Iowa, talked about how Clinton had campaigned for them in the waning weeks of their 1998 campaign, providing them with an important turnout boost to win the Governor’s office in an upset. Tom Vilsack had mentioned the same story when he appeared with Clinton last week.

“She cares about children, about healthcare, about mental healthcare,” Pederson offered as reasons why she’s endorsed Clinton. “She’s worked on issues specific to autism, which is very near to my heart. Human rights, minority issues … She cares about those issues and they’re very deeply rooted in who she is. So I know she cares.”

“There is no woman probably in politics who has been attacked as viciously as this woman has been attacked for decades,” Pederson added as why she thought Clinton would make a formidable general election nominee and effective President. “And she gets up and she stands up and she keeps fighting … And she knows how to get things done. She understands politics and she understands diplomacy … No matter who our candidate is, the Republicans are going to attack. And she knows how to withstand those attacks.”

“I am for you because I have seen you with your mother and the relationship you have,” Ruth Harkin recalled telling Clinton many years ago. “And I have seen you with Chelsea and the relationship you have. Those are the values I care about. I know, based on the family relationships, I just know that women are certainly going to be motivated for those kinds of values. And the fact of that you’re qualified – that I agree with you on all the issues – that’s extra!”

Also at the Women for Hillary event was the ever-present “Hillary Quilt,” which a group of women from West Branch, Iowa made to support Clinton’s candidacy.