Iowa Democrats have reason for optimism as they look to the future, despite the terrible results from the 2014 election. A crop of inspiring leaders are looking for their moment on the bigger stage. Republicans like Terry Branstad and Chuck Grassley won’t be around in office forever, but even before they depart, multiple opportunities exist for Democrats to retake power in Iowa. The potential Democratic candidates include veterans, clean energy leaders, business entrepreneurs, and young people. Even though state Republicans boast about having a deeper bench of future candidates, Democrats certainly aren’t in a “Help us Liz Mathis, you’re our only hope” situation. That being said… 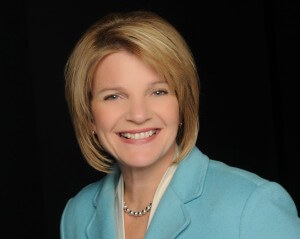 For no other leader do Democrats hold their collective breaths in quite the same way they do for State Senator Liz Mathis, hoping she’ll run for higher office. Years of news anchoring at KWWL and KCRG gave her near 100% name ID in eastern Iowa. Most importantly, it established her as a trusted voice for voters in the Cedar Valley. From Robins in Linn County, she now serves as the COO at nonprofit organization Four Oaks, a child welfare and juvenile justice center. She’s also an expert “selfie”-taker with her cheerful smile (check her Twitter).

She’s already battle-tested, first elected in the pivotal special election in 2011 that determined control of the State Senate. She likely could have cleared the primary field for a run for Congress in 2014 or 2016, but passed on the opportunity. Now that her children are all headed off to college, she may reconsider higher ambitions.

Young, an Iraq War veteran, and a superb fundraiser, Jim Mowrer exhibits all the qualities you want in a candidate. Mowrer regularly out-fundraised Steve King in his campaign against him in 2014. King still won big, but anyone who watched the race closely realized how impressive Mowrer’s campaign was. He also served in Iraq with Joe Biden’s son, Beau, giving him interesting connections into the Vice President’s world.

Two weeks ago, Democrats wisely chose him as 1st Vice Chair for the state party, after passing him over for state chair. It’s important to keep around talented young leaders like Mowrer. Some even think he could hop over into the 3rd Congressional District to face David Young. Whatever his future, Democrats found a special talent in this veteran from Boone County.

Oh, what could have been. Sure, it’s unlikely we would be calling Tyler Olson “Governor” right now, given the Republican tide of the 2014 elections. But had Olson been the Democrats’ nominee, at least Democratic voters would have had someone inspiring on the ticket to turn out for. Olson’s youth and energy would have been a refreshing contrast against the Governor-for-life. Sadly, an unexpected divorce ended his gubernatorial run in December of 2013.

Olson could be back though. As a former state representative and past chair of the Iowa Democratic Party, Olson maintains an extensive network of friends and allies throughout the state, many of whom would love to see him run again. A Cedar Rapids native, Olson is the Vice President of Paulson Electric, a company that does work with clean energy. He also recently founded a solar energy company called SiteGen Solar. Another run for governor in 2018 seems a likely option, though there are many other opportunities as well. A 2018 run would feature a weaker (than Branstad) Republican candidate, but would probably contain much tougher primary opponents than a solitary Jack Hatch. 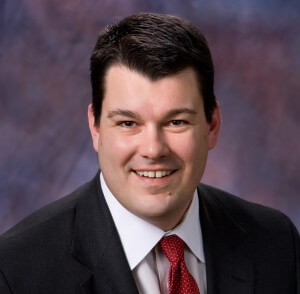 Top Republicans reportedly kept a wary eye on Allen’s successful race for state senate last fall. Mayor of Newton when Maytag left, Allen faced tough economic uncertainty for his town. He pitched the town to businesses and investors around the country, helping attract wind turbine manufacturers and the Newton Speedway. His television ads were some of the best of 2014, weaving a story of turning a town hit by job loss into a leading producer of clean energy jobs.

Despite serving four terms as mayor, he’s still only 44. He’s also a pragmatic politician – he publicly backed Terry Branstad’s run for governor in 2010. It’s not hard to see how an Allen candidacy for higher office could win over independents and even some Republican voters. Plus, with a name like Chaz, the crew-cut, and small-town roots, he just looks like a guy you’d want to have a beer with. 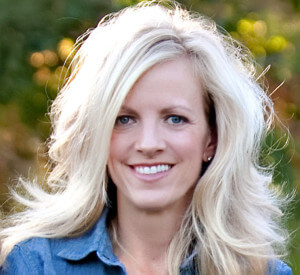 The Des Moines State Senator is well-known and well-liked in the capital city. She’s already a veteran at the statehouse, elected at a young age back in 2000. Petersen was encouraged to run in late 2013 for governor after Olson’s withdrawal, but demurred on the chance.

Beloved among many female activists in the state, especially Planned Parenthood supporters, she can tap into a deep pool of donors and activists. While mentioned for governor last time, she might be the strongest candidate in a Democratic primary for the 3rd Congressional District. 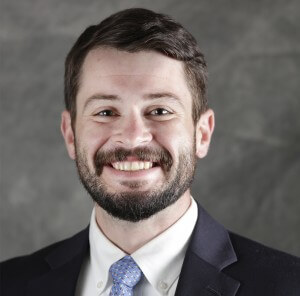 Elected in 2010 at age 25, Hall has built a reputation as a thoughtful and hard-working legislator from Sioux City. Another good young fundraiser, Hall has worked behind the scenes to help other House Democrats with their donor pitches. An avid outdoors enthusiast, Hall is a major advocate for state conservation efforts, even though the topic isn’t usually a high-profile one at the Statehouse.

Don’t let his mild-mannered persona fool you though. He’s been a street fighter in the bloodsport of recent Sioux City elections, defeating fellow incumbent Jeremy Taylor in the hardest-fought House race of 2012. A loyal following of friends and family that actively volunteer has made him a hard target for the Republican Party. Still, stuck in Steve King’s Congressional district, he may have nowhere to run for higher office for a while. If he can’t, expect him to continue to rise in the ranks of the Democratic House caucus leadership, and play an increasingly important role in the direction of the party. 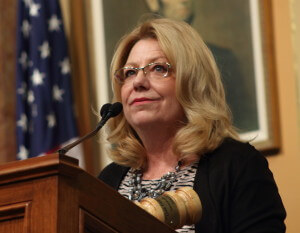 The State Senator from Dubuque became the first female Democratic President of the Senate in 2013, a sign of the admiration and respect she’s earned during her years in the legislature. The mother of an adult child with intellectual disabilities, she’s a passionate promoter of mental health care and disability assistance.

Jochum passed on a run for governor in 2014, but some still wonder if she harbors statewide ambitions. Jochum showed up to speak at a number of liberal gatherings before session started, raising eyebrows as to whether she might be boosting her profile in advance of a statewide run. Of course, it’s also entirely possible she was just rallying the base to support Senate Democrats’ efforts in her role as President of the Senate. She loves that job. 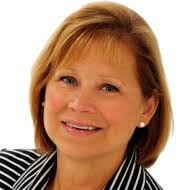 Impressed by her run for Congress, Jack Hatch selected Vernon as his Lt. Governor nominee in 2014. The spot on the ticket gave Vernon a chance to introduce herself to donors and activists around the state, many of whom were impressed with her well-delivered speeches. A former Republican, the statewide campaign quieted many (though not all) progressives who had concerns about her past.

A Cedar Rapids council member and businesswoman, she makes the appeal of competent government and business experience to swing voters. Barring developments in IA-03, Vernon is currently Democrats’ best chance of electing their own first female to Iowa federal office. With the early backing of many state legislators, Vernon appears to hold the front-runner position in the primary. Other candidates’ plans may not make it that easy for her though. 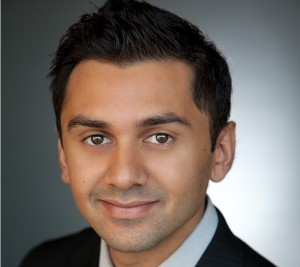 Democratic insiders around the state keep bringing up Ravi Patel as an intriguing future leader. The 29-year-old president of Hawkeye Hotels, Patel has built connections from holding many fundraisers for Democratic candidates. He’s also an entrepreneur involved in many startup businesses. His next startup sounds like it will be a run for Congress, as his plans for running in the 1st District sound all but certain. He grew up in Burlington and Iowa City, and currently owns a home in Cedar Rapids. 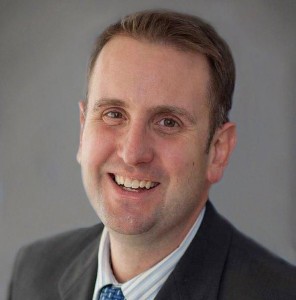 The quietly impressive representative from Charles City isn’t too well-known outside of northern Iowa, but the Braley campaign thought enough of him that they featured him in a television ad. A veteran deployed overseas four times, he currently serves in the Iowa National Guard. He’s an attorney with three young children and a wife who’s a teacher.

Elected in a special election in 2013, Prichard quickly nabbed an assistant minority leader title in the House. He’s an always-on go-getter who loves a good day of door-knocking. Unfortunately, Prichard is in the sliver of Steve King’s district that reaches out east. Running for Attorney General after Miller retires is a possibility. Or, if Democrats nominate a female candidate for governor in 2018, he could be an interesting choice for Lt. Governor.

Obviously ten leaders is an arbitrary number, so below is a few more Iowa Democrats to keep your eye on.  I’m sure we still missed a few names. Let us know who else you think is a rising star.

Rob Sand – An Assistant Attorney General for Iowa, Sand is an under-the-radar prospect that many don’t talk about. Don’t be surprised if he becomes a major name in the Democratic Party with a run for office in the next several years.

Abby Finkenauer – the 26 year-old representative from Dubuque, Finkenauer has a bright future. She could be in top 10, but since we posted a long profile of her on Monday, you can read more about her here.

Nathan Blake – Widely praised for his excellent campaign in last year’s South Side Des Moines primary, he nearly pulled off the upset. Democrats will be pushing him to run again, seeing his intelligence, humor, and Hispanic heritage as major assets. Also an Assistant Attorney General, he too could have his eyes on his boss’ job.

Andy McGuire – She’s a doctor, mother of seven, business executive at Meridian Health Plan, and now the chair of the Iowa Democratic Party. She has extensive donor contacts and a strong leadership style. She’s promised to not run for any office for the next two years. After that she may look at a bid for governor.

Got tips? Something you’d like to see us cover? Email us at IowaStartingLine@gmail.com