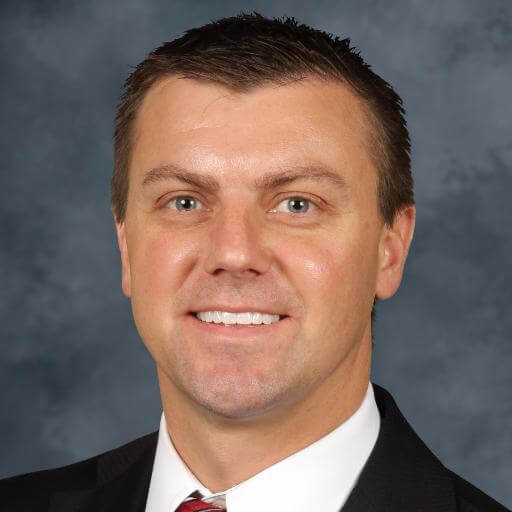 A hearing was conducted at the Polk County Election Office in downtown Des Moines on Wednesday to determine whether or not Whitver’s voter registration was valid to the Grimes address he registered it to despite evidence indicating he still resides in Ankeny.

Since an Oct. 26 report by KCRG, it’s been questioned as to whether Whitver lives in a Grimes apartment unit he owns and where no water was used for months or a four-bedroom home in Ankeny with his wife and three children.

The apartment is in Iowa Senate District 23, which includes Grimes, parts of eastern Dallas County, and northern and eastern sections of Polk County. Some of the district overlaps with Whitver’s former Ankeny-anchored district.

Whitver did not show up to the hearing but was instead represented by attorney Charlie Smithson, who also serves as Secretary of the Iowa Senate. In that non-partisan role, Smithson is the chief administrative officer of the Senate and oversees the daily work of the various staff support groups, both session-only and full-time.

“Sen. Whitver falsely claimed that he lives in Grimes,” Gale said. “He fraudulently completed his voter registration. I believe that the citizens of Iowa Senate District 23 deserve to be represented by someone who actually lives in the district.”

Gale went on to say this is not a partisan issue and voters of all parties deserve representatives who care enough to live in the communities they are supposed to represent.

“It’s a matter of following Iowa law,” Gale said. “I think that even state senators should follow the law like the rest of us. Either the rules and laws apply to everybody or they apply to no one. One would think that Jack Whitver, as senate president, would know that better than anyone and if he’s not willing to lead by example then he should stand aside.”

McCormally also introduced a new piece of evidence: Jack Whitver’s voting history. Since 2004, Whitver has voted in every municipal, school, special, primary, and general election including a March 2022 special city election in Ankeny.

“After 18 years of voting in every election, he did not vote in the November general election or the primary,” said McCormally, who referred to Whitver as a “model voter.”

Emma Weinert, a former Democratic campaign volunteer who provided a sworn affidavit that was part of Gale’s official challenge, retold the story of her October meeting with Rachel Whitver, Jack’s wife, while she was door-knocking.

Weinert said Rachel Whitver told her that her family lives at the Ankeny address during that encounter. Polk County Auditor Jamie Fitzgerald, who will make the final decision on Jack Whitver’s voter registration in his capacity as election commissioner, asked Weinert if Rachel Whitver specified which family members she was referring to.

Smithson, Jack Whitver’s attorney, confirmed during the hearing that most of the Whitver family lives in Ankeny, but argued that his client lives in the Grimes apartment.

“That’s an issue for Jack Whitver and his spouse; that’s not an issue for the government to step in and say, ‘Why did you move and your wife and kids stayed somewhere else?’” Smithson said.

While Whitver was not in attendance, he provided a sworn affidavit of his own that said he moved into the Grimes apartment on Sept. 4, although water bills for that unit indicate there was no usage there from Aug. 10-Sept. 9. Smithson did not provide copies of Jack Whitver’s affidavit to the media or general public in attendance.

Whitver initially provided media outlets with copies of his water bills to prove he lived in the apartment, but Smithson said water usage should not be considered in deciding whether or not he lives there.

“Frankly, how many showers a person takes or how much water they use is a little silly for this thing but there was usage,” Smithson said before noting that Whitver’s latest bills show usage.

McCormally pushed back on that notion.

“I don’t think it’s silly when it comes to voter registration, honesty, penalty, and perjury,” McCormally said. “Sen. Whitver is hiding today and refuses to come and submits an affidavit without being able to ask questions and yet again his new statement doesn’t match the evidence.”

Fitzgerald did not provide a date on when he will release his decision on whether or not Whitver’s voter registration is valid, but no matter the outcome either side can appeal to the district court.

“There’s limited case law that we can find,” Fitzgerald said. “We’ve seen a few of these over the years. It’s kind of uncharted territory for me in the 15 years I’ve been here we’ve never had one, so it may take a little bit of time to make sure we get everything right.”