A self-proclaimed Nazi drove around Des Moines on Sept. 11 in a U-Haul truck that he dubbed the “9/11 Hate Bus” with signage that blamed Jewish people for the terrorist attack.

The truck had a Swastika flag specific to an Iowa Nazi group attached to the front of it and signage on the sides targeting Jewish people. The 319 Crew is a Northeast Iowa-based neo-Nazi group that posted signage touting the “Great Replacement”  theory and anti-semitic rhetoric around the city of Oelwein in July. 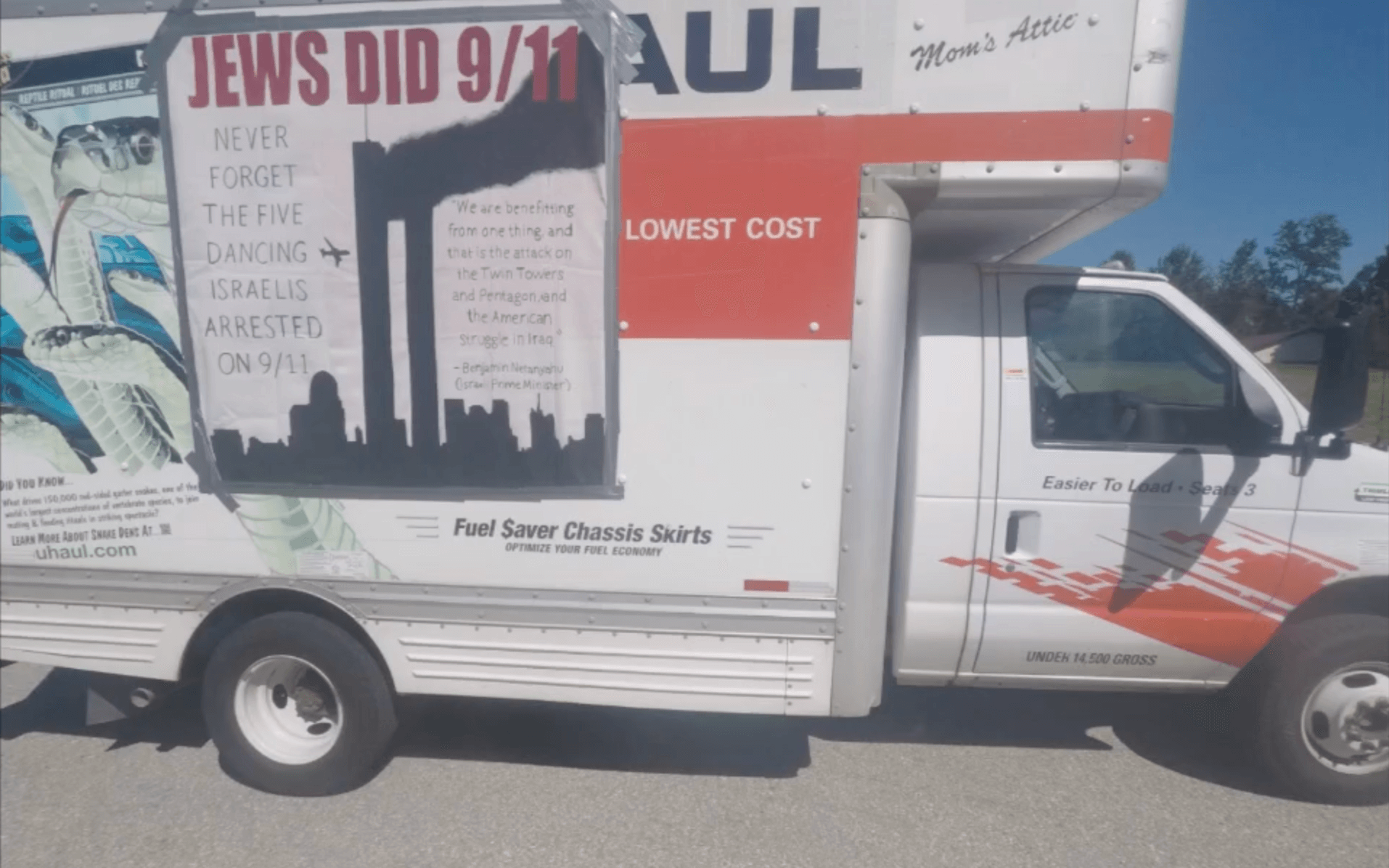 A 319 member posted a video of himself driving around Des Moines in the van and antagonizing motorists on the group’s Telegram channel late Sunday night.

At one point, the man drove the U-Haul up to the front of the Iowa Capitol building and parked, got out and gave a Heil Hitler salute to some nearby people.

“Hey, what’s wrong, you don’t like Nazis?” the 319 crew member said to a vehicle’s passenger in the video’s opening scene.

“I fucking hate fascist Nazis; burn in hell you piece of shit,” the passenger responded.

The man responded by laughing and asking what she was going to do about it.

The video is 6 minutes and 44 seconds long—Starting Line has decided to not link to it directly. According to a thread in the Iowa subreddit, the driver was wearing a ski mask and a GoPro-like camera. The driver also had a “white power” bullhorn.

Here is a list of places in Des Moines the driver appeared to visit in the video:

In addition to showing him driving around Des Moines, the video recaps some of the media coverage sparked by Crew 319’s actions in Oelwein. It also shows the driver performing the Heil Hitler salute multiple times to pedestrians and other drivers. The video received glowing reviews from other members of the 319 Crew Telegram channel.

According to the member who posted the video, the 9/11 Hate Bus tour was just the start.

“Today is the day 319 is truly born,” he wrote. “After weeks of hard work, I present to you, my 9/11 hate bus. If you guys could please share this video around absolutely everywhere, I would be extremely thankful. Expect more content like this in the future from us.”

A spokesperson for U-Haul said the company is aware of the incident.

“Our local team is aware of this situation. The customer was stopped by a local deputy, who promptly informed our team of the hate speech signage that had been wrongfully placed on our equipment. This is a breach of contract and this individual will no longer be able to rent from our company.”

Starting Line also reached out to the Des Moines Police Department for comment. This post will be updated with its response.