What will Iowa’s road and bridges look like without enough construction workers to repair them? We could soon find out.

Iowa’s new unemployment law goes into effect Friday and it limits workers to just 16 weeks of unemployment, a 10-week reduction from the previous 26. It also tries to push workers into lower-paying jobs—requiring job-seekers to accept jobs for less pay than their previous position after just one week of looking. This is despite unemployment hovering at record lows already, and with tens of thousands more open positions than people to fill them.

Road construction workers and outdoor laborers, who often have weeks or months of weather-related downtimes, will be uniquely targeted by the law. 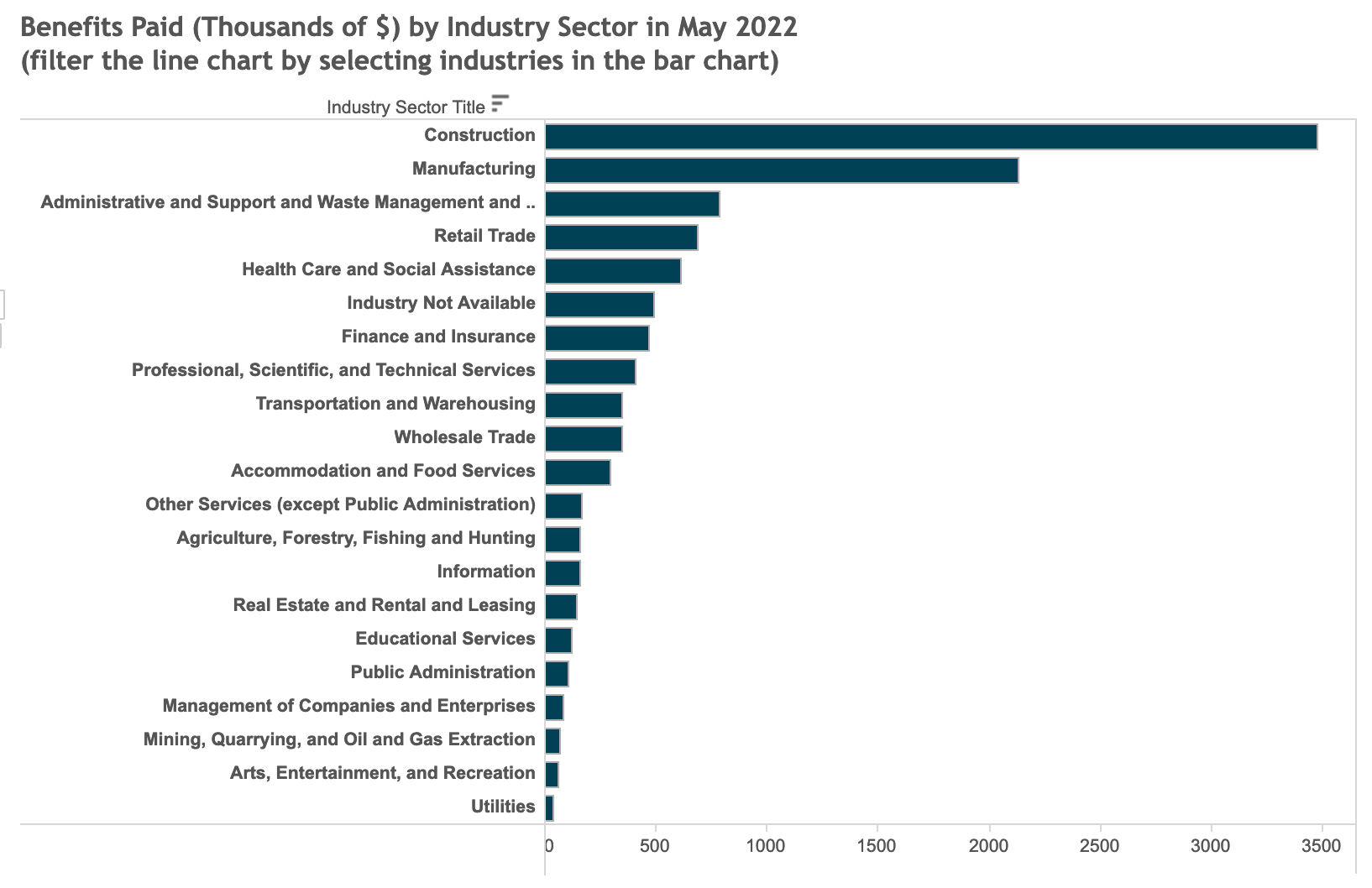 “If you use unemployment as a construction worker throughout the season, be prepared to bring in less money this year,” said Mike Weckman, the business manager of Laborers Local 177 in Des Moines. “And with inflation the way it is right now, it’s a bad time for this bill.”

And that has some concerned that many construction workers will simply move elsewhere rather than lose potentially two months of income during annual work downtimes.

The GOP-dominated Iowa Legislature passed and Gov. Kim Reynolds signed into law a bill limiting unemployed workers to just 16 weeks of financial assistance, one of the lowest in the country.

According to Reynolds, the problem of Iowa’s labor shortage is unemployed Iowans just twiddling their thumbs at home, waiting on the checks to clear.

“There are many reasons for the worker shortage, but we need to recognize that, in some cases, it’s because the government has taken away the need or desire to work. The safety net has become a hammock,” Reynolds said in her condition of the state speech in January.

But Iowans are not actually sitting out work. In fact, unemployment is lower than it was pre-COVID, and the lowest it’s been in a long time.

Iowa Workforce Development announced in June that just 46,800 Iowans were unemployed, one of the lowest numbers in recent memory. But even if Iowa magically was able to connect all of those Iowans with available jobs tomorrow, that would still leave more than 42,000 open jobs to be filled.

Only 2.7% of employable Iowans were unemployed in May 2022, down from 3% in April 2022 and 4.5% in May 2021, one of the lowest in the country and getting lower, according to the latest Bureau of Labor Statistics report.

Rather than help attract workers from elsewhere—something that might actually help employers with the labor shortage—the new law will “only further hurt workers who have been laid off, keep wages low, and make Iowa a more unwelcoming state,” Progress Iowa director Matt Sinovic wrote in a release.

Why are construction workers targeted?

Twenty-six consecutive weeks of unemployment used to be that buffer for workers who had to muddle through the winter season, when the soil or air is too cold or unsuitable for work.

“We are, like the farmer, dependent upon weather,” said Jim Piazza, executive director for the Des Moines-based Heavy Highway Contractors Association.

The Iowa Department of Transportation, which bids out state highway and bridge work, defines the regular construction season as April 1 through Nov. 15. By that definition, workers should already anticipate being out for nearly 20 weeks—something that they didn’t worry about when they had 26. Now, the new law leaves them with a nearly month-long gap in income.

“We have temperature limitations,” said Matt Robinson of Dubuque, who has worked in that industry since graduating high school in 2011. “People that do concrete, roofers, they also fight these same weather limitations.”

Even if climate change may gradually be shortening Iowa winters, allowing for the season to stretch into December most years, Piazza said it’s also making the spring and fall seasons rainier and crews can’t generally work in the mud either.

“The main problem with this bill is that, while it may recognize a winter—and 16 weeks may cover us for those frozen months—what it doesn’t take into account are those wet springs and wet falls,” Piazza said.

That could contribute to driving those workers to other states, and prevent new ones from considering the state as a place to live and work, effectively worsening the labor crisis. That issue was part of the reason Robinson decided to run for Iowa Senate in northeast Iowa.

“People are not going to come to Iowa to work knowing that they don’t have that (unemployment) insurance backing them up,” he said.

Here’s a big problem this could impact: We need a lot of bridges rebuilt in the coming years.

Iowans drive across some of the worst bridges in the country, according to the American Road and Transportation Builders Association. That’s true both in the number of bridges (worst in the country) and in the percentage of our state’s total bridges (second worst, behind West Virginia).

The federal infrastructure deal provides money to start fixing them. But if they’re not fixed in a timely fashion because workers are leaving, Iowa drivers may find a lot more “Road Closed” signs in their future—or worse.

Even before the law’s passage, there already weren’t enough local workers to fill out road crews.

That could mean fewer contractors bidding on projects, driving the price tag up for taxpayers—something that is already playing out in Iowa cities and counties.

“We’ve had guys transfer out of our local to other states that have more favorable labor laws, like Minnesota and Illinois, and I think we’ll see more of that,” Weckman said.

For the nearly 80,000 Iowans employed in construction, many of whom are reliant on unemployment checks to get through the Iowa winter, the new law is “absolutely a worry,” Weckman said. But he’s also not surprised.