Iowans head to the polls for the June 7 primary election to pick their party’s candidate for the November general election. Early voting is already happening at local county auditor’s offices.

This year, US Sen. Chuck Grassley is running for an eighth Senate term. Iowa’s senior senator has easily won reelection in the past, but lately, his approval rating has fallen.

Grassley has a rare primary challenger in state Sen. Jim Carlin. Here’s a quick rundown to help you learn more about them: 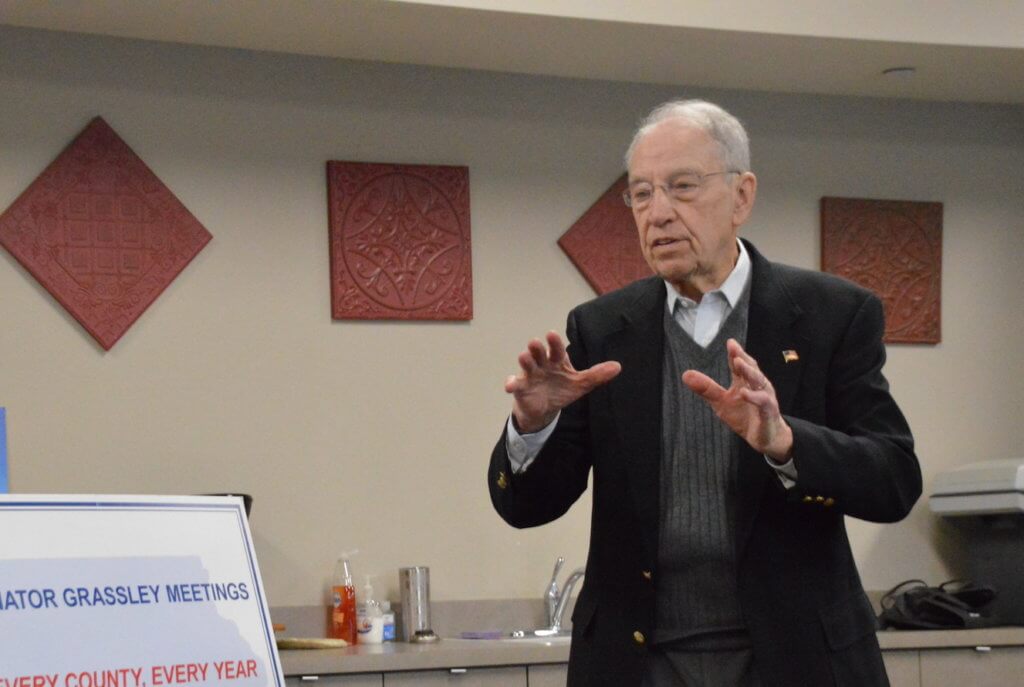 Grassley has been there ever since and with seven terms under his belt holds the title of longest-serving senator in history. In 2021, he announced he would seek an eighth term.

Before serving in office, Grassley worked on his family’s farm, on an assembly line, and as an adjunct professor.

Lately, the issues Grassley has talked about most are reforming prescription drug prices and the price gouging done by America’s four largest meatpackers.

Grassley has joined with Senate Democrats to work on bills that would address the high price of prescription drugs. His proposed bills have targeted transparency in the way drug prices are negotiated and created a cap on what people spend out-of-pocket.

Grassley has also sponsored bipartisan legislation to empower federal agencies to break up anti-competitive practices in the meatpacking industry. Some of the solutions allow the US Department of Agriculture to investigate practices, some require the meatpackers to be transparent about the agreements they make for pricing. Other legislation has been aimed at empowering smaller meatpackers to introduce more competition in the industry.

Carlin moved to Iowa more than 30 years ago and he calls himself an “Iowan by choice.” For two years, he served in the US Army and after visiting Iowa he decided to settle here. In 1992, he set up his law practice in Sioux City.

Carlin has been in the Iowa Legislature since 2017, first as a state representative and then as a state senator. He’s said he decided to get into the race for US Senate because of how long Grassley has been in office, and the way he says the country has changed under Grassley’s watch. He says it’s his responsibility to “pass the torch of freedom to the next generation and make sure they have it just like we did.”

One of Carlin’s big issues is the idea the 2020 election was stolen and that more investigations should have been done into the security of the election. He’s criticized Grassley for certifying the election results.

In the state senate, Carlin has pushed bills advocating against COVID vaccine requirements, for schools to publish their curricula online, for expanded gun rights, and for more action against immigration at the US Southern border.