The largest Joe Biden sign in the country was unveiled this weekend in Tama County, Iowa.

A 30-acre piece of ‘crop-art’ on Saturday was completed on a family-owned plot of land in Clutier, Iowa after an aerial field artist and dozens of local volunteers labored for less than a week. The sign, which features the candidate’s ‘Build Back Better’ slogan, a wind turbine, a sun and a barn featuring his name, is meant to signal Biden’s successful campaign reach into rural America.

“Well we’re awfully proud of it,” said Democratic Iowa Senate District 36 candidate Dave Degner. “We had quite a diverse group of volunteers to come out here so we’re kind of proud to let this country, let the world know that rural America is definitely rooting for Joe Biden.”

The sign was created by California-based aerial artist and political activist John Quigley, who recently contacted his sister in Marshalltown to see if a plot of Iowa land was available for the project. Through his sister, he got in touch with Berleen and Pete Wobeter of Clutier, who owned the perfect spot.

“Well, you lay awake at night and think about the election and you think, what can you do and you feel like a small person in a big country, and then someone comes along in California who has the same concerns,” Berleen said. “Pete and I both said yes because we feel very strongly about this election.” 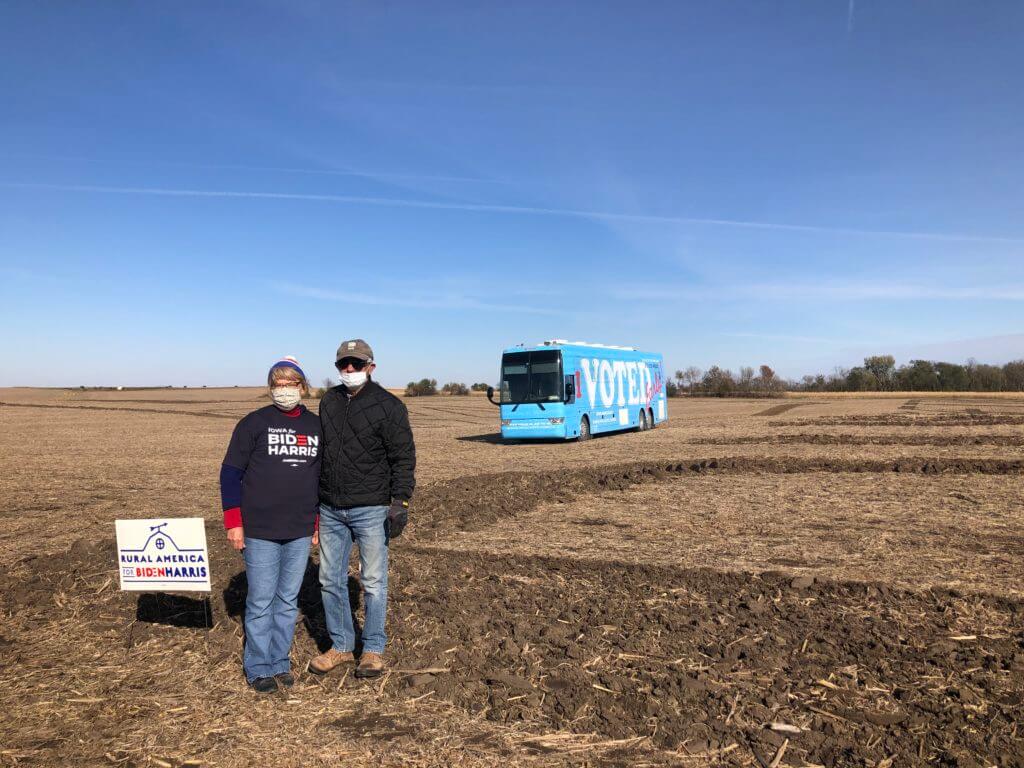 Berleen said that plans for the sign formulated less than two weeks ago—the “incredibly pop-up” piece of art began last Tuesday afternoon with volunteers hand-measuring everything out by tape. A tractor then rolled over the flagged design to make the words and pictures.

“Nobody was here until yesterday. A totally independent project. It’s totally a metaphor for how the country should work. A plan, followed through. Everybody gives their gifts and nobody is worrying about themselves. It’s about everybody together and then the end goal about feeling good about what you’ve accomplished,” Berleen said.

On Sunday, Iowa’s Biden campaign came out to see the sign. They brought their ‘early vote express—a bus traveling the state until Nov. 3 to facilitate voter outreach and partner with down-ballot Iowa races. 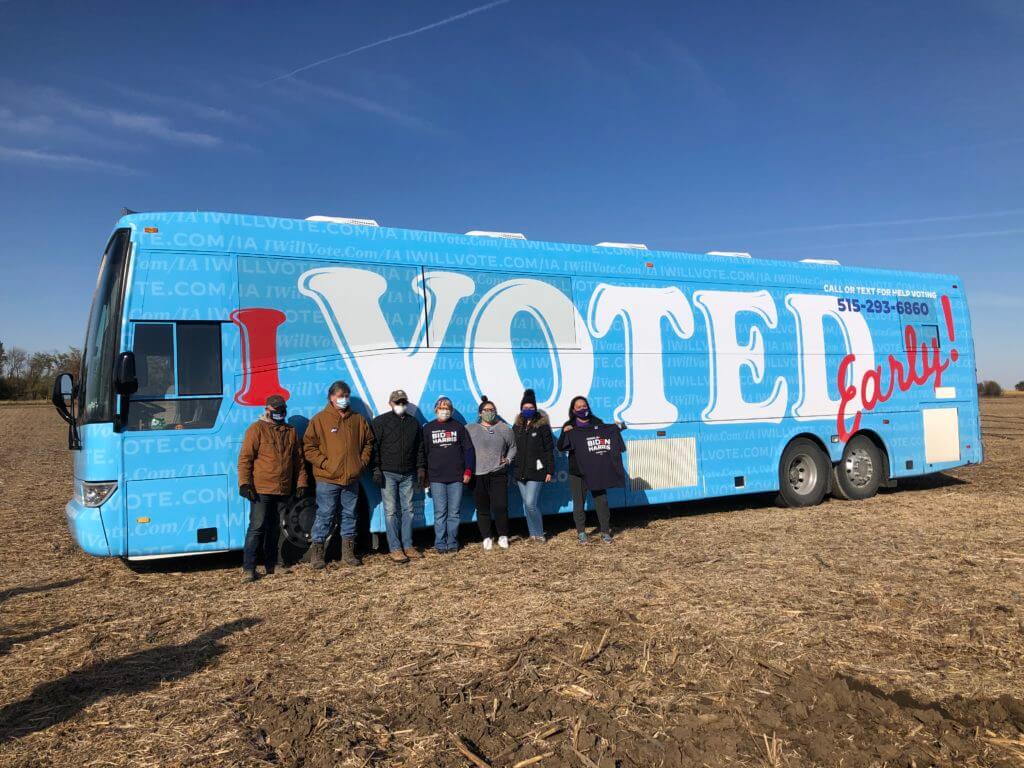 Iowa House District 72 Democratic candidate Christina Blackcloud was one volunteer who was at the plot on Sunday to engage with Biden’s campaign. She said that with slightly over two weeks until election day, she feels optimistic about the amount of local collaboration to elect Democratic candidates.