The Cedar Falls resident is vying for the Black Hawk County seat in a swing district with more Democrats currently registered to vote than Republicans. But Howard isn’t playing it safe—he’s been ardently clear on ideas of small government, climate change denial, second amendment rights, anti-abortion extremism, and opposition to gay marriage and legal protections for the LGBTQ community.

“I reject the idea of a climate change crisis. The mainstream climate change agenda today is not driven by science, but by a political agenda,” said Howard in a recent questionnaire conducted by the Iowa Standard, a conservative-leaning publication. “Every attempt to prove the so-called scientific ‘consensus’ has failed. Scientific opinion is strongly divided regarding climate change and human ability to affect such change.”

Howard secured the Republican nomination for the seat by 250 votes over primary competitor Colleen Tierney and is set to face incumbent Rep. Dave Williams, a Democrat, on Nov. 3.

Williams assumed office in 2019, narrowly beating Republican incumbent Walt Rogers by over 200 votes. President Donald Trump won the district by around three points over Hillary Clinton in 2016, although Barack Obama beat Mitt Romney in the 2012 election by around two points. Governor Kim Reynolds and her Democratic competitor Fred Hubbell tied the district at 49% each in the 2018 Governor’s race. 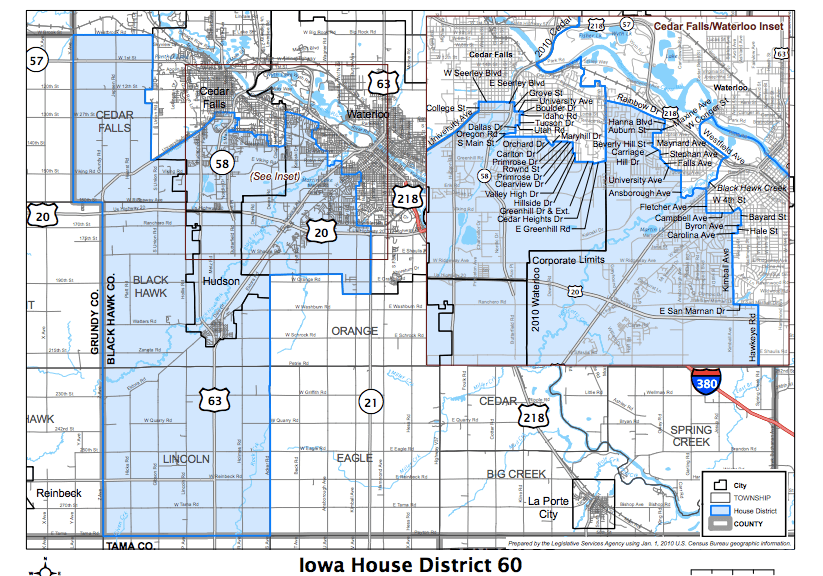 Currently, Democrats have a slight edge in voter registration as of September 2020—Republicans are trailing by around 300 voters.

Despite suburban seats like this one shifting in Democrats’ favor in recent years as a backlash to Trump and more extreme positions from Republicans, Howard has not shied away from touting his very conservative stances on key issues. The John Deere employee who also co-owns a daycare with his wife said in the recent questionnaire with the Iowa Standard that one of his non-negotiable issues is that life begins at conception.

In another past questionnaire featuring inquiries on the right to life, Howard said that he strongly agrees that abortion providers, including Planned Parenthood, should not receive taxpayer funds or grants from federal, state or local governments and does not believe there are any circumstances under which abortion should be allowed. With the new Supreme Court raising the possibility that abortion could be outlawed at the federal level, Howard’s stance could have implications on whether Iowa allows abortion even in the cases of rape or incest if he’s elected.

He has also written that he strongly agrees that marriage is between one man and one woman—that no other definition of marriage should be legalized or supported with taxpayer funds.

In the candidate survey, Howard backed allowing Iowans from the LGBTQ community to be legally discriminated against once again in the state. He wrote that he “strongly disagreed” with the statement that “I support adding sexual orientation, gender identity and gender expression as protected classes in non-discrimination laws.”

In the Iowa Standard questionnaire, Howard also detailed a long list of concerns with how COVID has been handled by the government—advocating for a more hands-off approach.

A dedicated supporter of limited-government, Howard said he’s been worried throughout the pandemic about violations of the right to assemble, violations of freedom of religion, viewpoint discrimination by local and state governments, unconstitutional arrests, government picking winners and losers for businesses in declaring who can operate and government overreach with the declaration of emergencies without strict scrutiny legal standards.

On Howard’s Twitter feed, he has retweeted conspiracy theories about the virus and seems to follow a collection of far-right commentators. 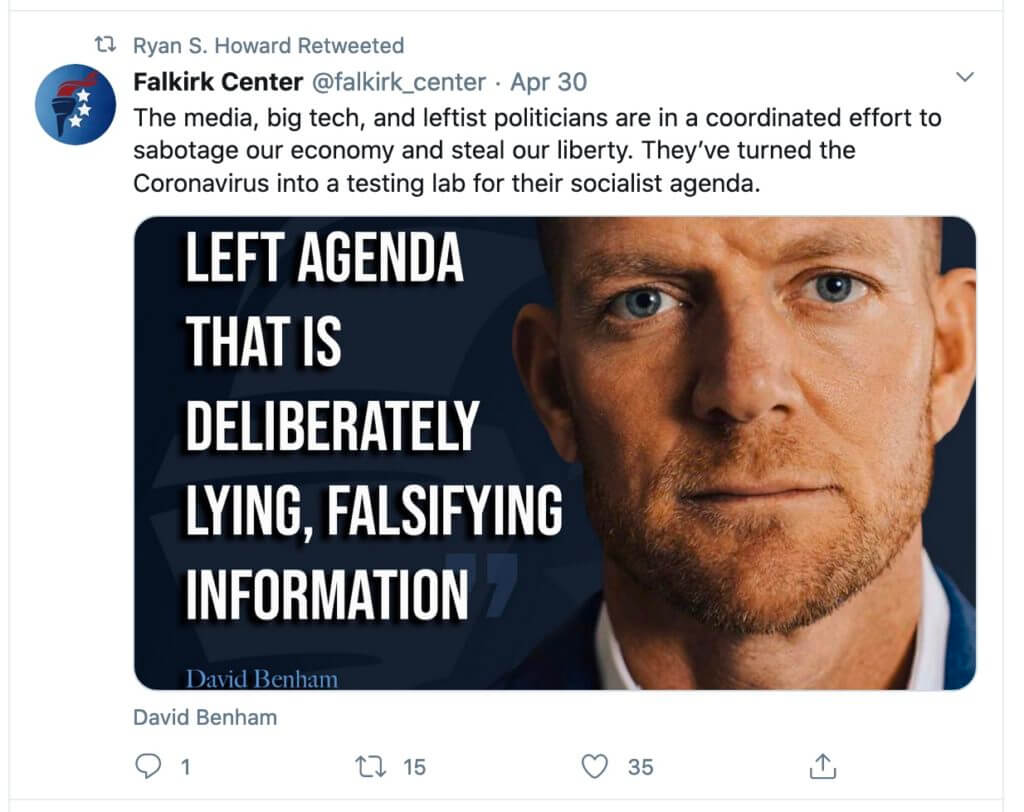 In a recent podcast interview with the conservative Freedom First Network, Howard said that the science behind mask-wearing is inconclusive so he wouldn’t be supportive of a mandate. He also voiced his support for Gov. Kim Reynolds’ refusal to implement one.

“I would not be particularly supportive of anything that would mandate a mask. There are way too many intricacies… and the data is far from conclusive to say that this will resolve everything. So I wouldn’t support anything,” he said. “The mandate thing, I’m not buying it, because really if you think about it, if somebody thinks a mask will protect them and they wear the mask, then why does the other person need to wear the mask? So it’s just kind of a little conflicting.”

When asked what measures he would take to curb gun violence, the day-care owner responded that he would allow armed personnel in schools, as well as provide gun safety education for children and youth.

Howard did not respond to Starting Line inquiries regarding his statements and current beliefs.