The Des Moines Police Department saw a significant uptick in their use of force from 2015 to 2019, according to an analysis released by the city.

Use of force against Black people was far higher than the percentage of Black residents in Des Moines. Of the total use of force incidents from 2015 to 2019, 38% of the citizens involved were Black, 51% were white, and 7% were Hispanic. The city of Des Moines itself is about 11% Black. 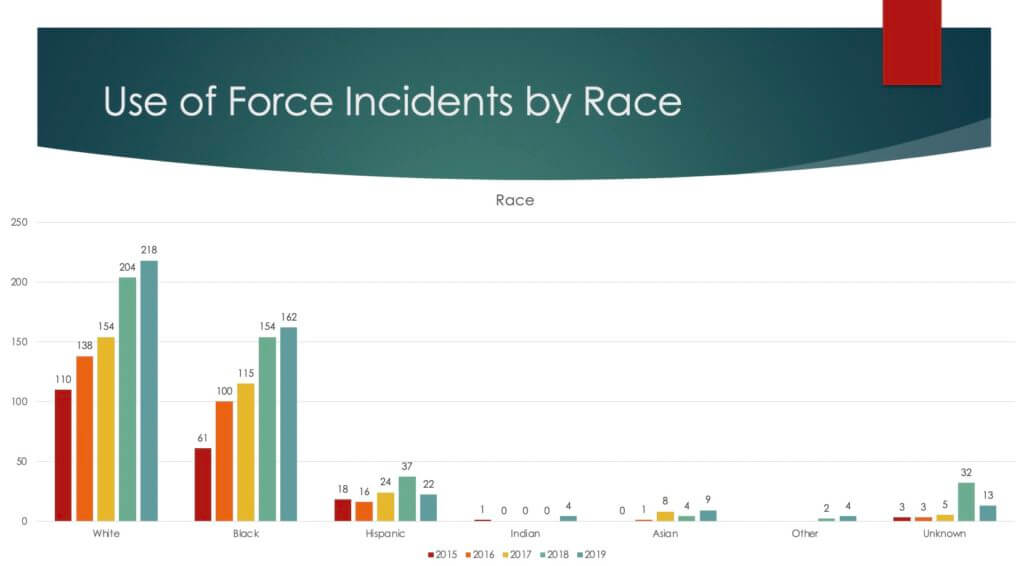 The data, obtained by Iowa Starting Line today via an open records request, was first requested by Councilmember Josh Mandelbaum several months ago and recently provided by City Manager Scott Sanders to the council, though never presented.

Discussion about obtaining the report was originally slated for Monday’s three-hour city council meeting, but the agenda item was withdrawn by Mandelbaum, who noted that the report had been provided.

Interference was cited as the most common reason for force, though “resisting arrest” dramatically increased as the reason between 2016 and 2017. That was listed as the cause for 6 uses of force in 2016, compared to 66 in 2017, rising to 114 in 2019. A “failure to comply” reason also increased steadily. Assaults on police officers as a cause for use of force remained relatively steady throughout the five years, dropping lower in 2017 and 2019. 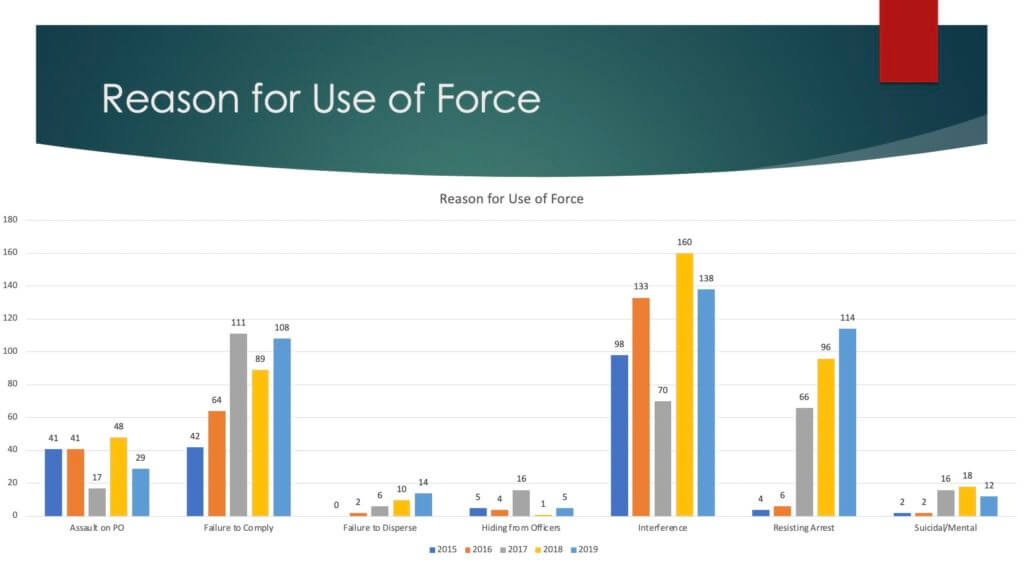 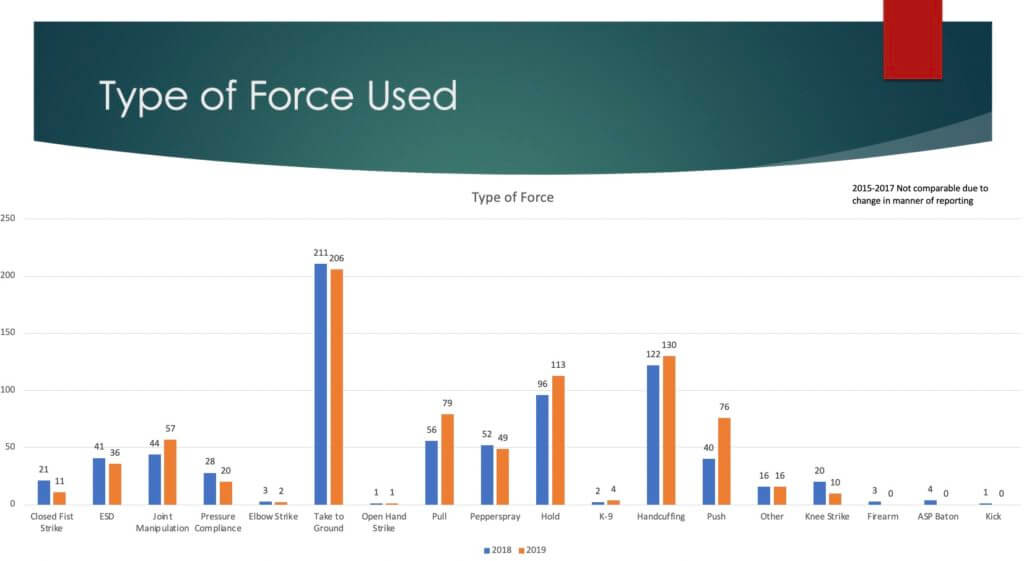 1 Comment on "DMPD’s Use Of Force More Than Doubled In Recent Years, Analysis Finds"