A recent Iowa Department of Education change to K-12 absentee standards would make the meeting threshold for virtual learning during threats of COVID-19 even more difficult for school districts.

Contradicting previous guidance from the state, deputy Iowa state epidemiologist Dr. Ann Garvey said on a Sept. 3 webinar for school administrators that students who are quarantined at home due to a coronavirus exposure—though not ill or confirmed positive— would not be counted as absent. 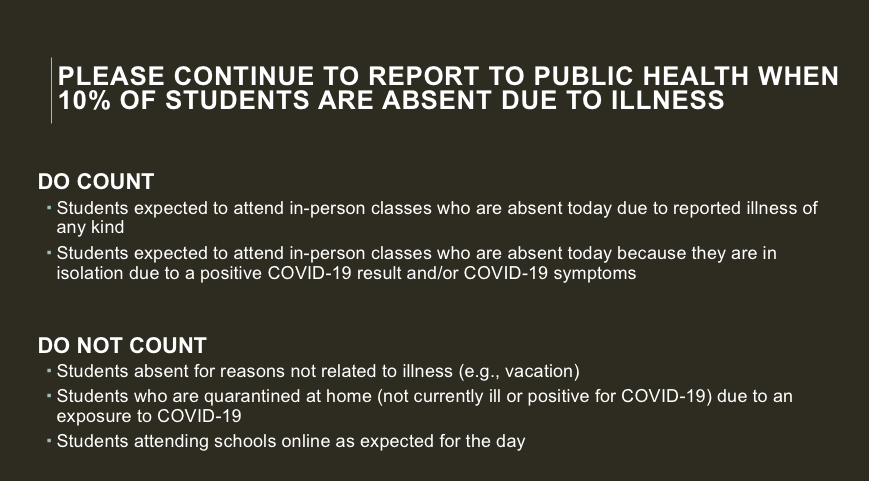 In early August, Gov. Kim Reynolds announced that absenteeism in a district must be at 10% or higher, along with an at least 15% positivity rate in the county for at least two weeks in order for the state to consider all-online learning requests.

This change also comes after the DOE on Aug. 14 released through Frequently Asked Questions document a statement on how absenteeism rates are calculated. The department said the rates should include all students who are absent due to COVID-related reasons, including illness, quarantine and isolation.

According to one Iowa educator, some districts have been telling staff that the 10% absenteeism requirement only counts students who actually test positive for Covid-19, not those who are quarantined due to exposure, which triggered confusion after the state’s initial guidance.

During the Sept. 3 webinar, which also featured State Medical Director and Epidemiologist Dr. Caitlin Pedati and DOE staff, Dr. Garvey addressed the fact that districts have been unsure of how to count absent students.

The Iowa Department of Education has been contacted for this developing story.