My mother had a saying every time I complained about something: “No te quejes por falta de zapatos, cuando otros no tienen pies.” This means, “Don’t complain about not having shoes, when there are those that have no feet.”

Mom is gone now, yet her words replay in my mind ever since the coronavirus pandemic started and my family and I decided to follow national recommendations and stay home.

You see, I’m a social butterfly. I like going places. I like people (well, most people), greeting with hugs and kisses, or simply close proximity to people — all this is part of who I am. Then when we received the expert advice from the CDC, my first instinct was that of a rebellious child. I wanted to do the total opposite of what I am told to do. Then I remembered that I am a grown woman; this is not the time to be anything but 100% compliant to the suggestions of the health authorities.

I’ve been home for a few days that feel like an eternity, and like other people, I started complaining. At times, I’ve felt sad and depressed. Then I snapped out of it after remembering how privileged we are in this country. We complain about staying home, a heated home, with all the amenities we need for comfort. We have food, health, and time with our loved ones. We can connect with our friends and relatives, and thanks to technology we are even able to see them through a screen. Some are complaining about having to spend more time with their kids because they are not able to go to school — imagine that!

While I pause and have time to reflect during these challenging times, I realized that God (call it nature, your higher power or whatever you believe in) always has a way to teach us something in moments of great crisis.

I then was reminded of the lessons I learned from a young man, Aws Saeed. 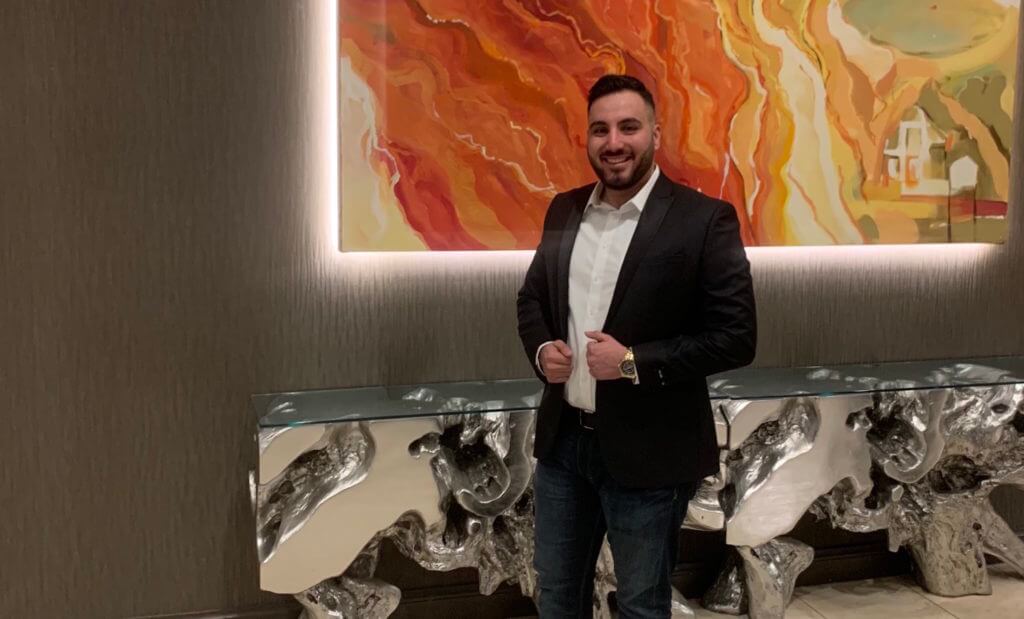 Aws is an Iraqi refugee I met in 2015 during my work coordinating a video contest for Latino immigrant youth, and although this contest was for Latinos, he applied. Contest rules were modified to be inclusive of other young immigrants. Meeting him gave me a window into another story of tragedy and triumph.

Aws was a child, age 4, on March 20th, 2003, when the U.S. led an invasion onto Iraqi soil. He was with his family at his grandparent’s house in Baghdad when they heard a loud noise coming from outside. They did not know what was happening, so they headed to the roof of the house and saw their city being bombed.

That was the beginning of his nightmare.

He recalled walking in the streets the next day with his mom, looking at the crumbled government buildings and his city destroyed. After a few weeks, their government fell apart and a whole new system rolled into place.

“You would see the corruption creep in little by little to the point that there was no government, no laws and no rules,” he described. “Then Al-Qaida came, they were killing people, it became a lawless country. The U.S. invasion dismantled the existing regime and the new system wasn’t working.” 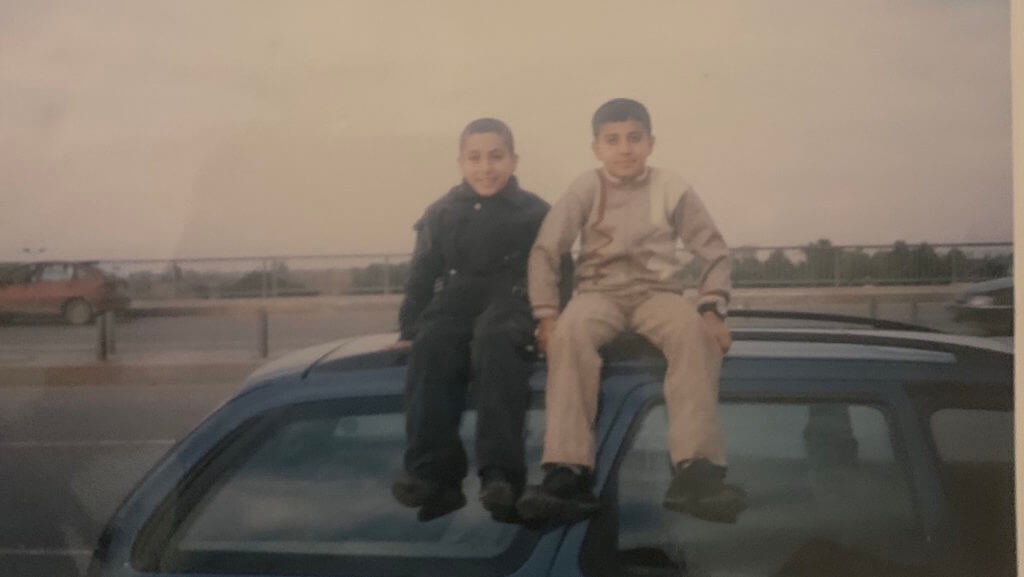 Chaos became the norm in Iraq and people became numb after seeing so many killings and dead bodies in the streets.

“When I was about seven years old, my mom was taking me to school one day. I was looking out the bus window and I saw a body laying on the street. His legs were shackled, and hands tied. A white sheet covered a part of his body, but I was able to see his white hair. I knew it was an elderly person. That was the very first time I saw a dead body,” Aws said.

During this time, Aws’ father and uncle were working as contractors for the U.S., providing housing and overseeing construction projects for the military. One day his dad didn’t come home from work. He was in the hospital because he was shot in the arm and his throat on the way to work.

“My dad was driving with one of his employees when he noticed three black cars had pulled up behind him,” Aws explained. His father thought they might be delegates, so he pulled on the side of the road and soon was surrounded by all the vehicles. A kid in one of those cars rolled down his window and shot Aws’ father twice.

His dad survived the attack, but later discovered that his life was still in danger. When he learned someone was asking about him in the neighborhood, he decided to flee to Syria with his brother, bringing Aws, his younger brother and mom with him a few months later.

In a new land, their entrepreneurial spirit kicked in. They opened a bakery in Damascus. After a few months, there were clashes between Syrians and the millions of Iraqis that migrated fleeing from the ongoing war. His father decided to apply for asylum with the United Nations.

After months of interviews and medical exams, and all the paperwork this entails, they finally received a phone call telling them they were going to be relocated to Iowa. They were only given a week to put everything together for their trip and say goodbye to their loved ones. 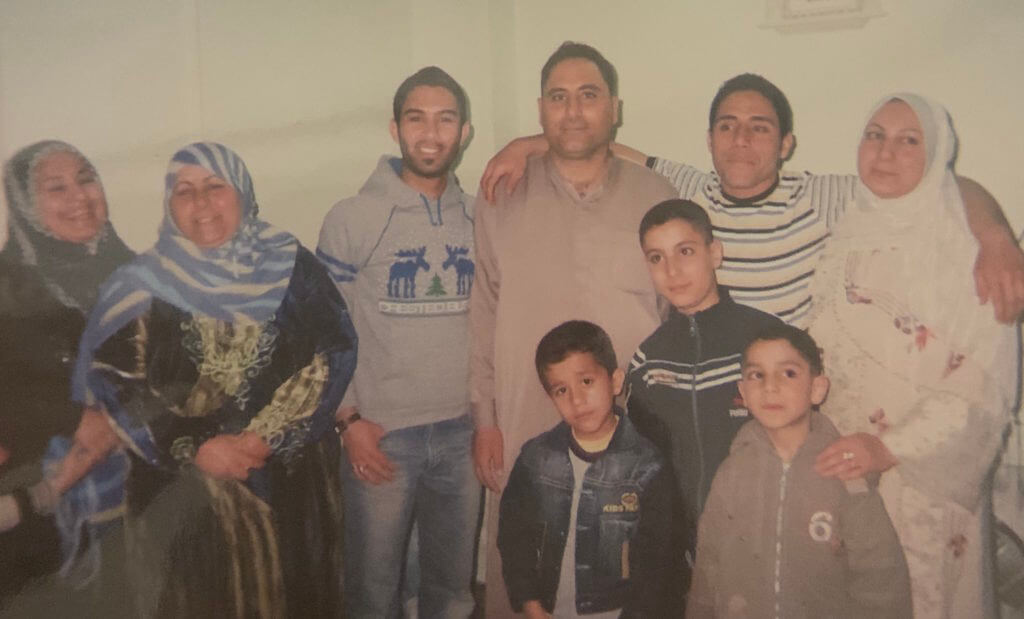 Saeed and his family arrived to Des Moines, Iowa one cold night in early April of 2008. Adapting to this country and culture was difficult, but at least they were safe.

“I remember taking cultural training classes. They consisted of teaching all of us how to use a mop and even how to brush our teeth,” Aws said. “We found the training amusing since among us were math teachers, doctors, engineers and many other highly-educated refugees. I am not sure where they thought we were coming from.”

Aws and his brother started school at Perkins Elementary taking ESL (English as a second language) classes daily with their tutor, Ms. Blanco. When I reached out to their tutor and asked about her experience having Aws and his brother as young immigrant students she told me: “I remember that on their third day of class, we had a fire drill. The bell rang and those kids were so afraid because they thought we were being bombarded. They took their backpacks and hid under their tables.”

That’s one of the many fatalities of war: fear and loss of innocence.

Years passed and Aws graduated from Roosevelt High School. While there he began taking courses and earned his CNA license. After that he continued his education in the medical field at Grand View University and is currently a senior at Iowa State University studying Bio Pre-Med.

In the meantime, he has also been working in different hospitals and home health care institutions. Years ago, Aws told me that he wanted to be in the medical field. He wanted to help people heal because as a child he saw too many people suffer. His goal is to become an anesthesiologist, and I have no doubt he will be one of the best. 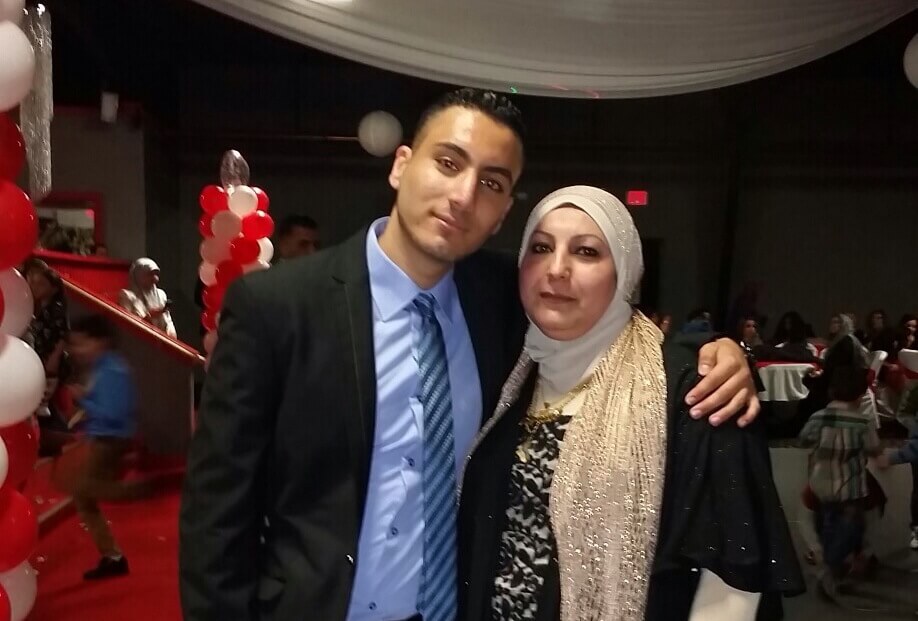 When we addressed the current health system in the U.S., Saeed shared his frustration with the high costs of health insurance premiums, prescription drugs and expressed his disappointment of understaffed hospitals. He agrees with Senator Sanders in that we should have health care for all.

“I see people financially struggling going to the ER with problems that could be prevented, but they don’t go to the doctor because they lack health insurance,” he said. “I know of people going bankrupt after spending a few days at the hospital.”

He believes people should pay for insurance according to what they earn, but that everybody deserves to have access to health care.

In talking to Aws, I realize how blessed we are in this country. Although we are going through a crisis, we are not desperate; we are not fleeing to save our lives. We are not leaving everything we know behind.

We now have this unexpected opportunity to pause, to experience the quietness of it all, the beauty of nature and the love of our family. I also realize how wise my mom was, and how much I miss her advice.

I hope Aws’ courage and that of his family inspires us all at a time like this.

Sending you virtual hugs from this Latina extrovert at this time of social distancing.