Thunberg joined Iowa City Mayor Jim Throgmorton, student organizers Massimo Biggers and Alex Howe and other teenage activists in addressing a crowd of thousands in the city’s Ped Mall. Thunberg tweeted on Wednesday that she would be joining the city’s students for her 59th week of youth-led climate striking.

“This is the real hope — so many people gathering here on a weekday with so little notice. This is real hope to me,” Thunberg said. 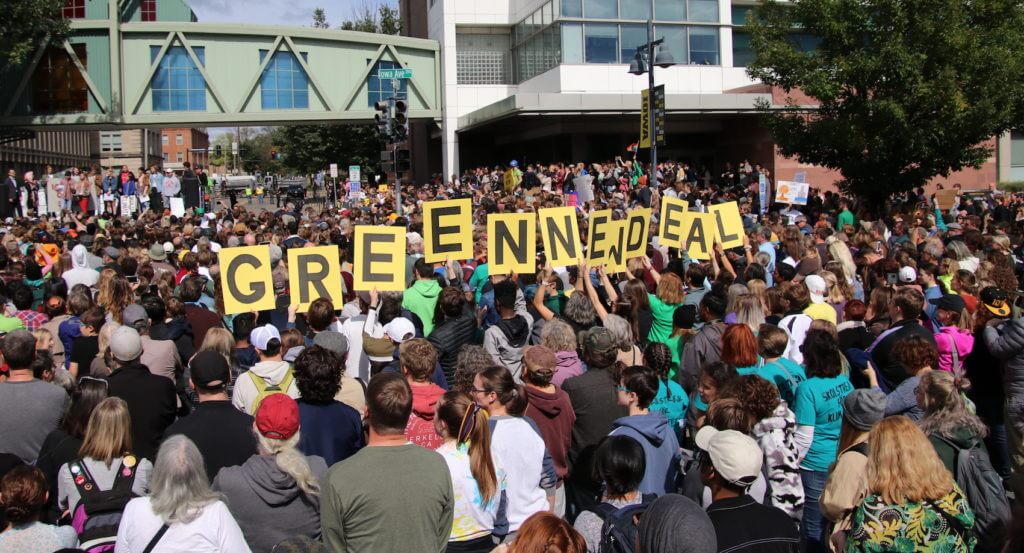 Before Thunberg spoke, both local elected officials and the student organizers emphasized the importance of her visit.

“A courageous young Swedish woman whose words and actions have captured the imaginations of millions of people around the world have stimulated students to take part in climate strikes and have encouraged governments to respond to the existential threat of climate change quickly and effectively,” Throgmorton said to welcome Thunberg.

Biggers said that Thunberg inspired him and his fellow local activist’s effort to create change in the city.

“Last year, we launched our climate strike at the local school district building. People dismissed us, laughed at us,” Biggers said. “But I knew we were never alone. Greta Thunberg was striking with us. Greta was always striking. She didn’t stop. It didn’t just inspire us, it emboldened us.” 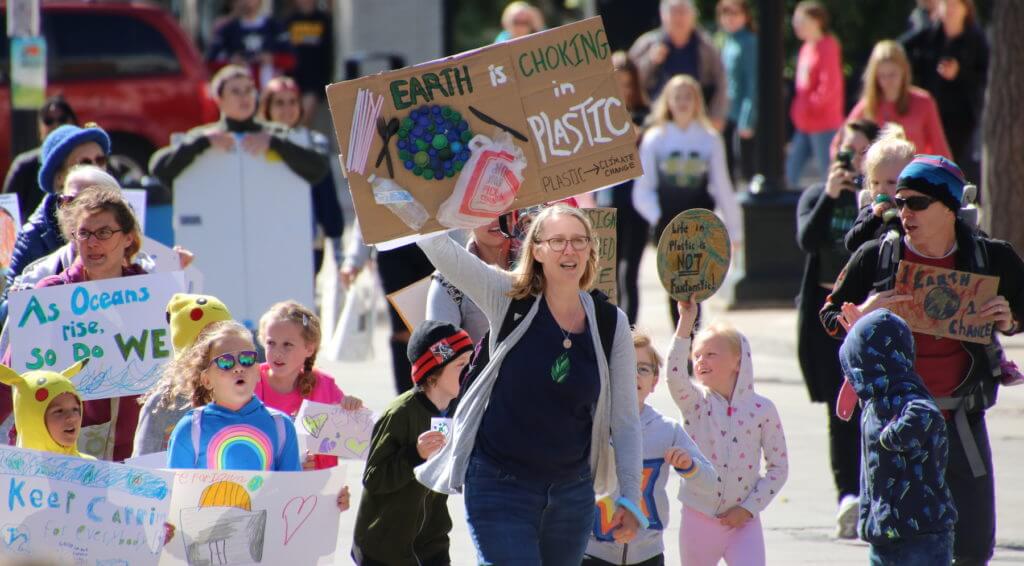 But the students are also demanding action from the University of Iowa. In speeches introducing Thunberg, young local activists called for the closure of a coal-burning plant on campus, asking the crowd to chant directly toward University President Bruce Harreld, “President Harreld, no more excuses!”

“We told world leaders to act on the science, and we demanded a safe future for us and for everyone. But they didn’t listen,” she said.

“As we all know, the UN climate action summit was a failure and that was, unfortunately, what we had expected. To stand and speak the science is still too uncomfortable for them, and that needs to change.”

Thunberg’s trip to Iowa City comes during her tour of North America ahead of a U.N.-sponsored climate conference in Santiago, Chile, in December.

“I don’t know how she chose to come to Iowa City,” Snell said. “It’s a huge stamp of approval for what has been done here.”

After Thunberg’s speech, the crowd engaged in an 11-minute silent ‘sit-in’ to demonstrate the severity of climate change. Then she left the mall surrounded by her entourage of local activists. 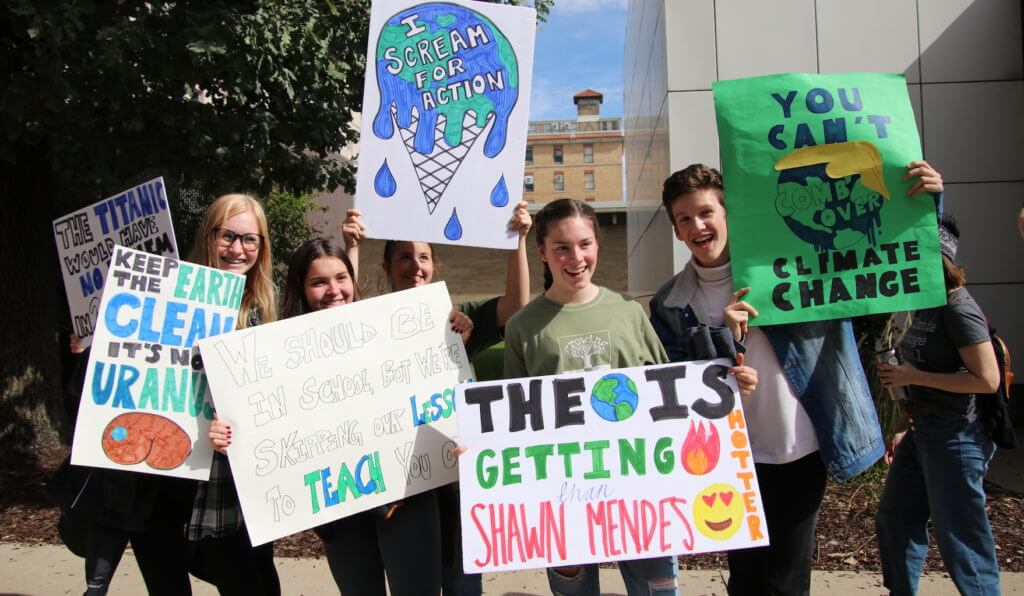