Another round of flooding has hit Western Iowa just as residents started to recover from spring and summer high waters.

Current flooding has impacted areas north of Council Bluffs on the west side of Interstate 29 — with some flood potential on the east side as well. The region is seeing its third round of major flooding since March, though this time waters won’t get as high.

“The third time can really be disheartening. I know the river is not going to be as high as what it was, but it’s the third time [citizens are] having to move their stuff if they need to,” Pottawattamie County emergency management specialist Michell Bose said. 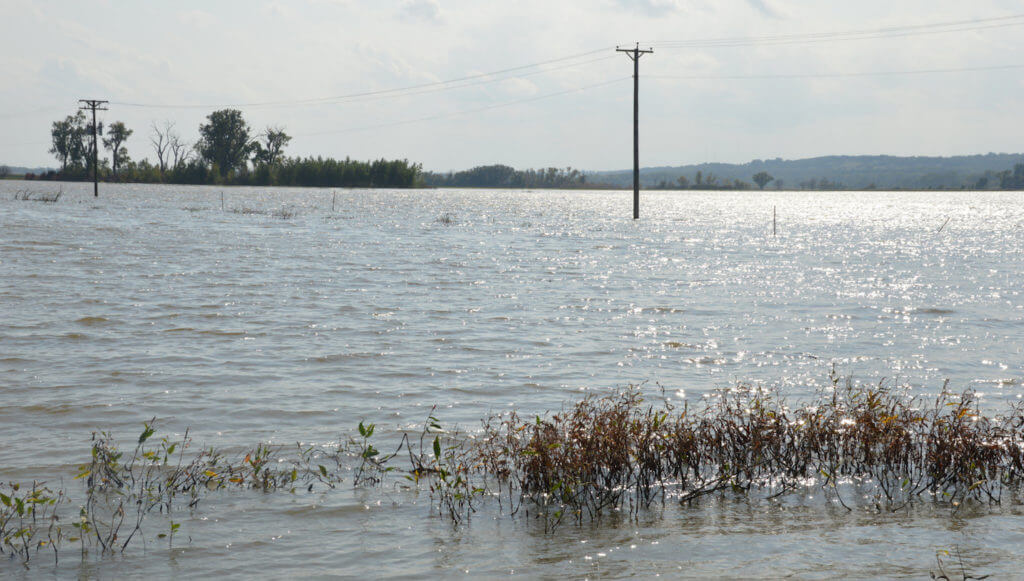 Bose said the county expects the flood to crest on Friday at 7 a.m. around 30.2 feet. Currently, the Missouri River is sitting at just over 29 feet.

Got to see major flooding along the Missouri River in Western, IA from a tractor. Waters are around three feet deep. #IACaucus pic.twitter.com/Z5AD1ZQvrK

The majority of roads are closed on the west side of Interstate 29 and north of Interstate 680. Highway 3 along Iowa’s border with South Dakota is also closed, along with several county roads.

The county has not yet issued mandatory evacuations but urged those who live east of Interstate 29 or along 152nd street to monitor the conditions and be prepared to leave the area.

The area also saw two breaches of protection structures Wednesday afternoon. One was a protective berm that was on the bank of the Missouri River, which was located southwest of the Missouri Confluence, Bose said, while the other was a breach in the Honey Creek drainage ditch.

Levee breaches were what caused months-long issues for Southwest Iowa towns, including Pacific Junction, which was under water for an extended period of time. While temporary flooding eventually recedes, breaks in the levee system can lead to longterm problems.

While these floods affected the western side of the state, the Mississippi River flooding earlier in the year impacted Davenport, Burlington and other Southeast Iowa towns.

Randy Williams, a retired farmer from Crescent, Iowa said his brother’s family moved out of their home after March’s flooding. The family then bought a travel trailer and set up at Hitchcock Nature Center’s campground. After moving from the trailer back to their house about two weeks ago, the family is now back to the campsite after this week’s flooding.

“I moved their trailer back for them yesterday,” Williams said. 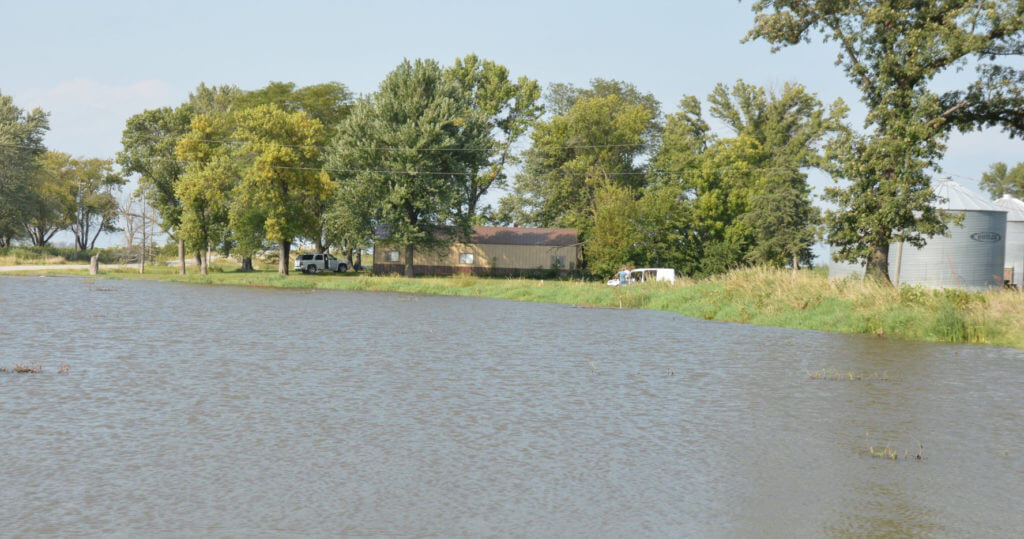 1 Comment on "Another Round Of Major Flooding Slams Western Iowa"