Tax March Iowa and its supporters protested Senator Joni Ernst and the 2017 Tax Cuts and Jobs Act in front of the Neal Smith Federal Building in Des Moines at noon Thursday. 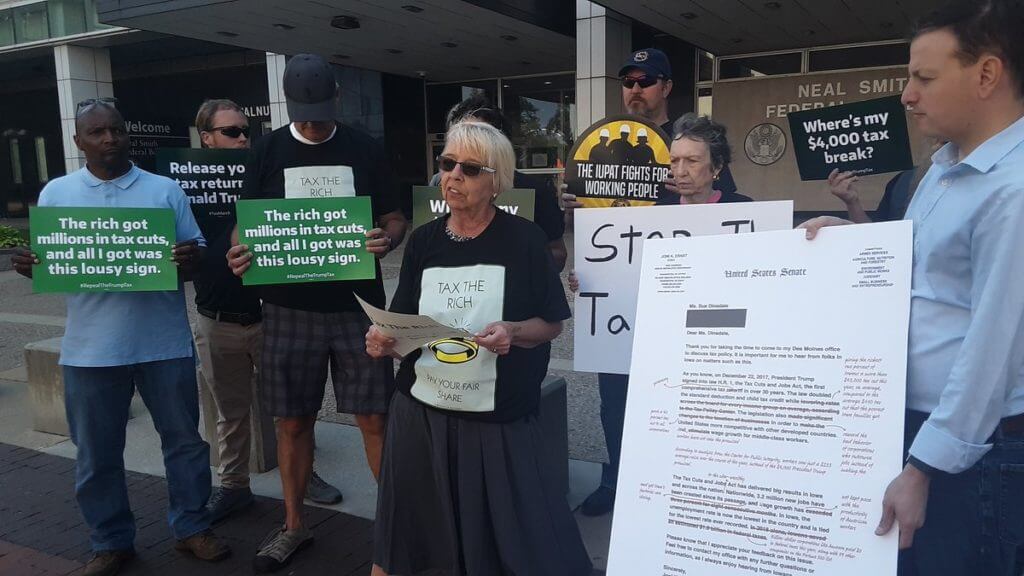 “We are here today because we want members of Congress, including Joni Ernst, to know we’re tired of this massive upwards redistribution of wealth,” Dinsdale said. “We’re fighting for a tax system – and an economy – that helps everyone, not just those at the top. We’re fighting for economic justice on all levels.”

She said the top one percent have never had it better in Iowa because the tax cut gave $35,090 back to the wealthiest Iowans, compared to the $80 tax cut offered to the poorest of Iowans who earn less than $25,000.

Polly Antonelli, of Altoona, said she joined in the protest because she’s very unhappy with Ernst.

While Antonelli gave up half-an-hour of her time to protest, she said she’s not sure Ernst is listening to her constituents. 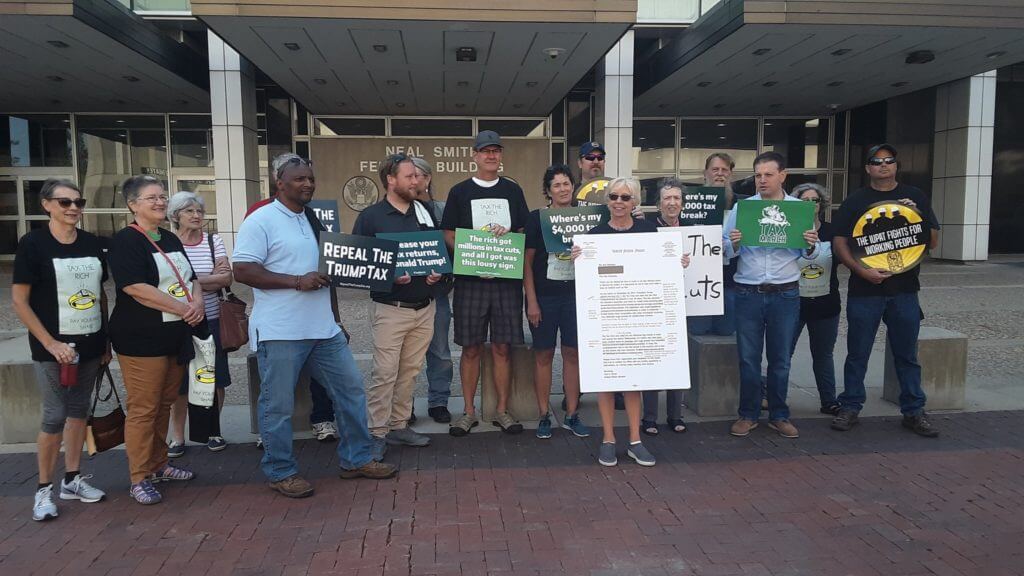 “I can always have hope,” Antonelli said. “If I don’t have hope, I’m crying myself to sleep every night, so I can’t do that.”

“I did that after the 2016 election – cried myself to sleep several nights in a row, just in fear of what was going to happen,” Antonelli said. “And it’s worse than what I feared.”

Jason Knight, with the painters union, also gave up his noon hour to protest Ernst and the Tax Cuts and Jobs Act.

“I’m just trying to help get the word out that the middle class and the working people are just kind of left behind,” Knight said. “I think it hurt everybody except for the rich.”

Gano Whetstone, of Des Moines, said it seems like Donald Trump wants to cut taxes all the time, but he doesn’t understand the full impacts they have, including deep cuts to government programs that help the middle class.

“Really, your middle class are the ones who suffer a lot because of the programs being cut,” Whetstone said. “And to me, Trump is for the rich and for the big corporations, everything like that, and the little man gets left out so much of the time.”

Whetstone said she thinks Ernst is listening to the message Iowans are spreading, but “I don’t think it’ll sway her opinion any.”

“I think she’s going to listen to what people have to say,” Whetstone said, “but she’s not going to take action.”