In a primary contest focused on broad issues like health care, women’s rights and economic reform, it’s no wonder corruption has gotten a spotlight, too.

Over Labor Day weekend in Iowa, Montana Gov. Steve Bullock made his case that dark money is the root of the nation’s social and economic woes. It’s the central theme of Bullock’s candidacy, and one that he has real results from his time as governor to run on.

Bullock visited communities in Northeast Iowa that voted for former president Barack Obama in 2008 and 2012, but went for Republican president Donald Trump in 2016. There, he told voters about his record of fighting dark money as both Montana’s attorney general and chief executive.

“A lot of folks actually see that all of the issues that we’re talking about, from gun safety to climate to drug prices to income inequality, we’ve got to be able to address the corrupting influence of money in the system or it’s going to be that much harder to address any of this,” Bullock said.

Polling has shown that messaging to be highly effective across the political spectrum, especially in the Obama/Trump counties that Bullock likes to target in Iowa. An End Citizens United poll from this spring that focused in on swing counties in battleground states found that “cracking down on political corruption” was a high priority of 92% of voters in pivot counties (those that went from blue to red). That was the biggest issue in the poll there, even beating out health care.

Bullock pointed to the National Rifle Association [NRA], which regularly donates money to members of Congress and the president, in exchange for lax gun control policies.

“Now, [the NRA] is just a dark money field organization that has spent $30 million to get Donald Trump into office,” Bullock said. “We don’t even know where that money came from.”

Interest groups connected to insurance companies are also spending large sums of money on advertising in Iowa to attack Democrats’ proposals to expand health care access beyond the private marketplace.

The problem applies to climate change, too. Oil companies have spent decades obscuring and suppressing facts about pollution, which has contributed to a dramatic warming of the planet. They also have spent millions to elect politicians that deny climate change and work against regulating oil companies.

Bullock, and many voters, insist dark money shouldn’t be allowed, and the practice is actively harming democracy.

“There’s one day at least every two years where we’re all equal. And that’s on Election Day,” Bullock said. “But folks feel like their voice and their vote doesn’t even matter because the elected officials aren’t listening to them. Public policy isn’t moving because of them. It’s moving because of whoever’s writing the biggest checks.”

Bullock explained to Iowans how he tackled the problem in Montana, and how he would execute it on the national level if elected president.

When he was attorney general, Bullock challenged the Citizens United campaign finance decision, taking his lawsuit all the way to the Supreme Court.

To argue his case, Bullock relied on Montana’s ban on corporate campaign expenditures dating back to the early 1900’s. He lost the case in a 5-4 decision, but continued to fight once he became governor.

In 2015, Bullock signed into law a measure requiring corporations to disclose their campaign spending 90 days out from Election Day. As a result, he said, corporate spending from people like the Koch brothers stopped three months before Montana’s elections.

If elected, Bullock said he would replicate these actions on a national level. One of his first moves would be to institute the same kind of executive order he signed in Montana in 2018, telling companies if they want to contract with the federal government, they have to disclose the money they contribute to campaigns.

“I think it does two things,” Bullock said. “One of which is that it adds sunshine and transparency. But it also, I think, changes some corporate behavior because once people know what [companies are] doing and trying to influence, I think some of that money dries up.”

In addition to increasing transparency, Bullock said he also wanted to upgrade antitrust laws to break up some of the corporations responsible for the vast spending, and he wants a 28th Amendment to the Constitution to overturn Citizens United.

Bullock has called the Citizens United case the worst decision to come from the Supreme Court in his lifetime.

“It used to be, elections were about people and people’s influences,” he said. “Now that we allow corporate spending, it’s changed the overall dynamics.” 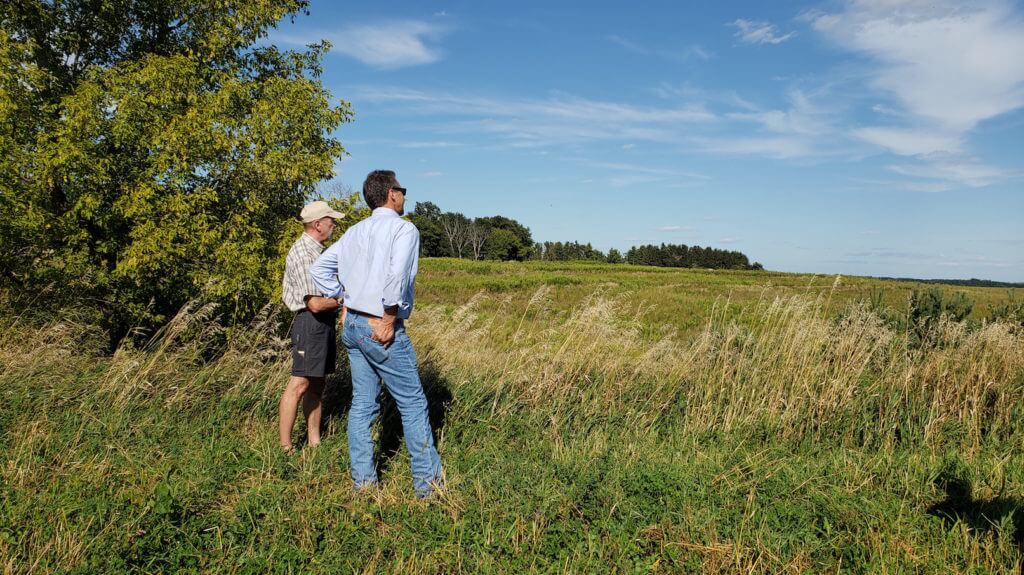 Bullock also said he was open to changing the structure of the Supreme Court.

“I do think we should look at expanding the Supreme Court from nine to 11,” he said. “Then, I also think you could go just about anywhere in this country and our court system is overburdened at the federal level. So, we may well want to be adding a whole lot more judges.”

Despite working with a Legislature that has never been less than 60 percent Republican, Bullock has managed to implement these changes, often on a bipartisan basis.

“Once you’re getting rid of the threat of all this money coming in and just knocking you out with these flyers, you have more and more people, even reasonable, business-based Republicans, that say government has to work,” Bullock said.

When he argued before the Supreme Court, Bullock said he also had Republican officeholders provide testimony. 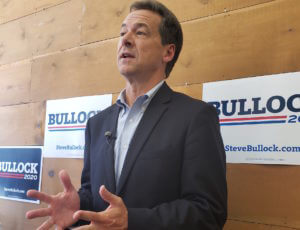 Overall, voters were receptive to Bullock’s message, with several asking him for more details about how his efforts worked in Montana.

Voters who talked the most about campaign finance reform lived in Clayton County, which flipped from Obama to Trump by 30 percentage points.

In Elkader, Art Moellering thought the influence of money in politics had only had a negative effect, and he’d like to see a version of Montana’s 90-day ban on a national level.

“Our big corporations are running our country,” he said. “We don’t need that.”

“When you bring transparency in, a lot of cockroaches have a tendency to run away,” he said.

Scot Christiansen, also in Elkader, said he liked Bullock’s specific policy proposals, but he was skeptical they would work.

“There’s so much they have to change, I think it’s unlikely for one change to fix everything,” Christiansen said. “And goddammit that’s really what we need.”

Lauri Young of Osage liked Bullock’s personal character and his ability to work with a Republican Legislature.

In Decorah, Ellen Cutting said she has taken frequent trips to Montana and has been impressed with Bullock for three years because of the work he’s done there.

“He’s practical, logical, he’s been on my list since the beginning,” Cutting said.

Though concerns about farming, health care or keeping their town safe are on the minds of many voters, Bullock said they also recognized the larger forces at play in American politics.

“You know, they may not think that the most important issue out there is money in our politics, but they do know that Washington, D.C., doesn’t work for them,” Bullock said. “And if we can’t make them feel like they have a voice in the system, their voice matters, this little experiment called representative democracy starts to fall apart.”