Julian Castro said Donald Trump’s attack on his brother, Joaquin Castro, amounts to an attack on campaign finance transparency laws. Joaquin Castro drew criticism from Republicans after he tweeted out the names of Trump donors following the El Paso terrorist attack, data that is publicly available.

Castro made the comments to reporters while he was walking through the Iowa State Fairgrounds Friday afternoon.

“I mean, what happened was that the President went after my brother for pointing to publicly available information about big businesses that are supporting the President’s campaign and putting money into his pocket,” Castro said. “They are taking that money and putting ads on Facebook saying there is an invasion of Hispanics, and that is very ironic given that they are in a city that is over 60 percent Hispanic.”

“They have made their money, their fortune, off the back of Hispanic communities and Hispanic employees and they’re funding basically anti-Hispanic ads by Donald Trump,” Castro continued. “The reason that Trump went after my brother is because he does not want folks to have to face the public, which is what our campaign finance laws are for.”

“These are public disclosures,” Castro said. “He doesn’t want people to have to face up to the fact that they are funneling money into anti-Hispanic ads because they are embarrassed about that. He wants it to be a secret.” 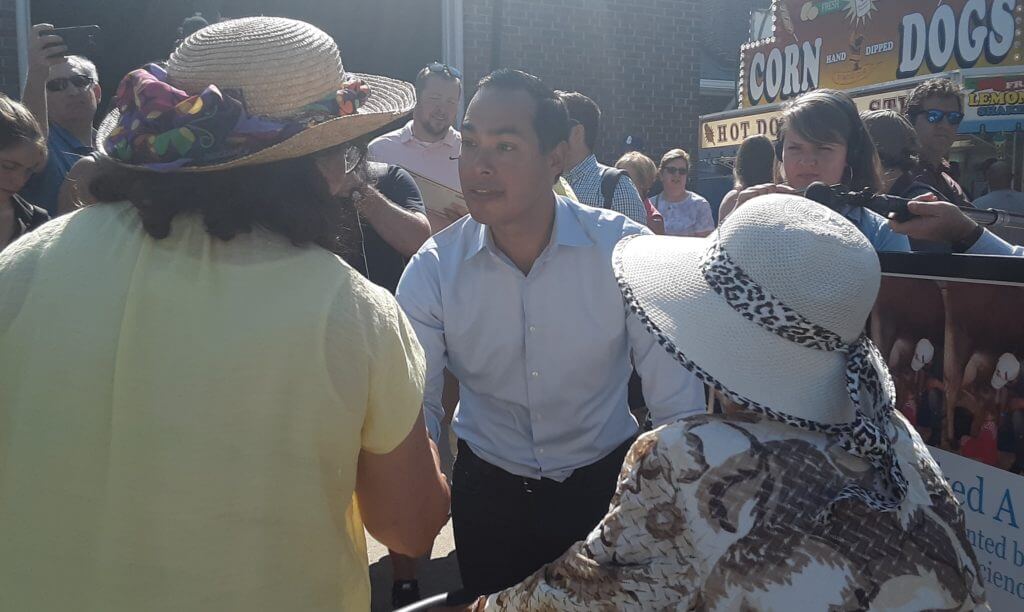 Castro later said, “I don’t believe in any way that just because somebody voted for Donald Trump means that person is a racist.”

“There are different reason they could have voted for Donald Trump,” Castro said. “What I do believe is that the vast majority of Americans want a President who is trying to bring the country together instead of fan the flame of division and hate like this President is.”