During this past week around Independence Day, Senator Kamala Harris visited Iowans and journeyed across half of the state, gathering crowds, endorsements and lots of support.

Many attendees at Harris’ events were impressed by her debate stage performance, and she had even more impact when she was the only person on the microphone.

When her second event with NARAL on July 3 was postponed due to weather and then moved from Water Works to Confluence Brewery, her audience adjusted and quickly packed into the cramped backup space to listen to Harris’ talk about the importance of women’s health.

Every time she mentioned fighting for reproductive rights, on the offense and the defense, the crowd roared in support.

At a backyard event in Indianola on July 4, Harris asked what we have in a commander-in-chief; a member of the audience yelled back, “A draft dodger!” 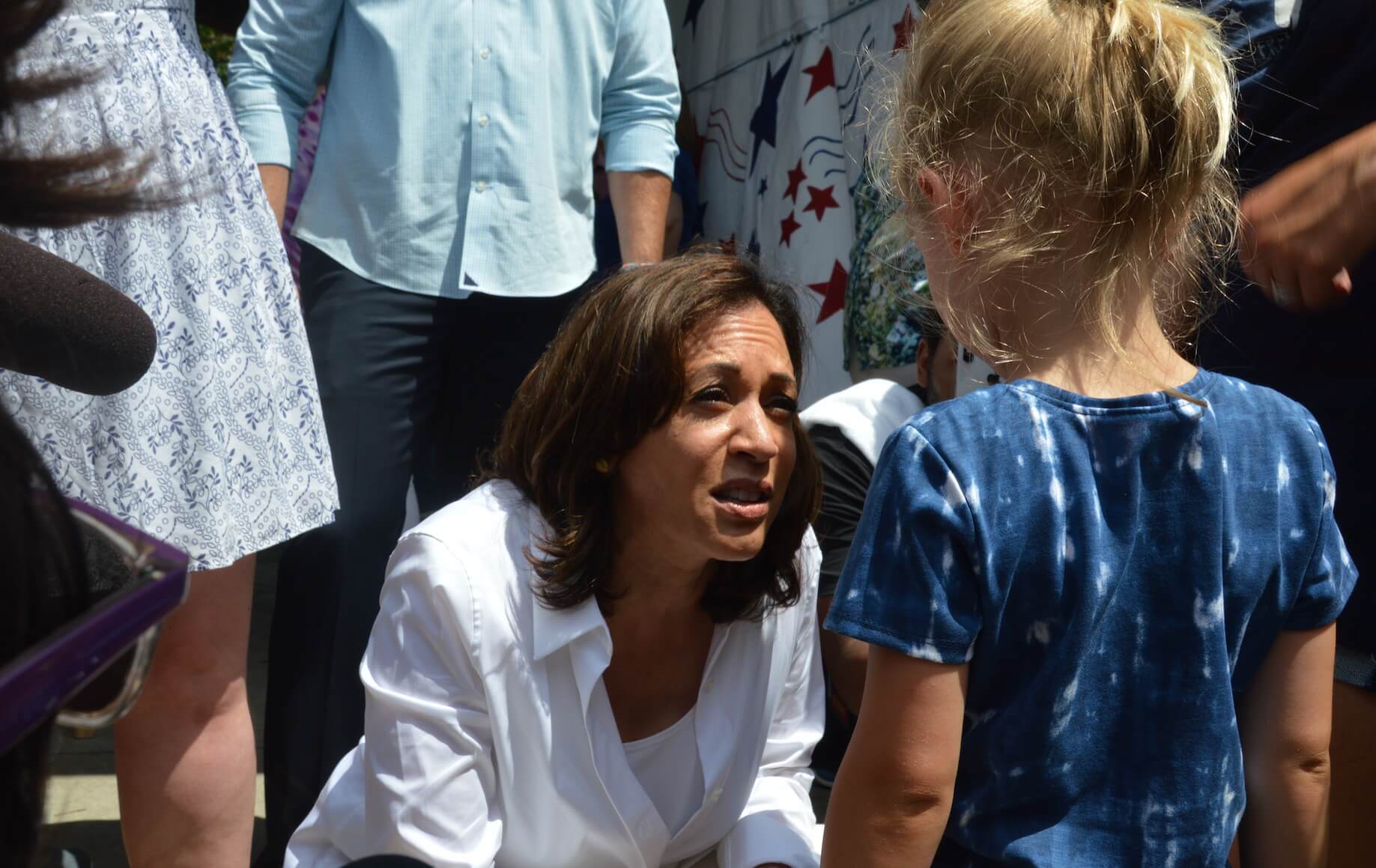 In Council Bluffs at a riverside park that evening, the call for a new commander-in-chief earned Harris a standing ovation. The Southwest Iowa audience was also more vocal in their support with mixed shouts of “yeah,” “that’s right,” and “amen” echoing in response to various statements.

Harris’ Sioux City audience responded in particular to her message about closing the teacher pay gap, and mutters of support sprang up around the room when she talked about how Iowa farmers have suffered because of Trump’s trade policies.

Some parts of her speech received consistent, loud response from every part of Iowa she visited.

Whenever she referred to the next president using female pronouns, her audience erupted in applause. And everyone groaned whenever Harris said she wanted to talk about “the current occupant of the White House.”

And when Harris talked about the current state of the country as a house with missing shingles, she got muttered agreement that shifted into wild applause when she finished the thought by saying, “But we’re still standing!”

Connecting With The Audience

Each event attracted a dedicated crowd. Whether it was nearly 100 degrees with high humidity as it was in Des Moines and Indianola, a long wait, as it was in Indianola, or a lack of room in the venue, as it was in Sioux City. audiences waited and accommodated.

In Council Bluffs, Vickie Heghes spun flags as music played before Harris’ event. She’d been doing it for about three hours.

And this is Vickie Heghes from Omaha. She came to the park at 3:30 to spin and then her husband told her @KamalaHarris was speaking and she said knew she had to stay. "I'm spinning in support of her today." pic.twitter.com/QgAg3IG74J

In return, Harris stayed for meet-and-greets, or she addressed the overflow crowd before her main event. Several times, she responded directly to audience-members.

@KamalaHarris addressing the overflow before her event pic.twitter.com/QzivHIsh2u

In Sioux City, for example, she blessed a man who sneezed and came down from the stage to answer questions.

Everywhere she went, she almost always responded to crowd outbursts with a laugh or smile. She also made frequent eye contact and often addressed the people who asked questions by name.

This personal touch wasn’t lost on audience members, either.

At the NARAL event in Des Moines, a woman told her story about having an abortion and her conflicted feelings about it before she asked for Harris’ proactive plan for securing abortion rights. During the same Q&A session, another woman asked for Harris’ advice for running for a school board seat.

“She’s very articulate with her responses. She has a good presence. She’s powerful,” said Armando Becerril, a voter from Omaha at Harris’ Council Bluffs event. “That’s what I feel some of the other Democrats are missing.”

He said she also caught his attention because she explicitly mentions DACA in her speeches. Becerril said he’s a DREAMer, so her stance on the issue is important to him, and the fact that she mentions it by name is notable.

Susan Simmons in Sioux City said Harris came off as “strong, intelligent, powerful and someone who doesn’t take shit.” Simmons has been to as many events as she’s been able to, and she said Harris’ was the one she didn’t want to miss.

“We need to find someone to get that a-hole out of office,” she said. And Harris is at the top of Simmons’ list to do it.