Welcome to our first Scenes From The Iowa Caucus Trail piece!

The Starting Line team has long wanted to do some sort of regular Sunday morning series to give our readers something consistent to read with their coffee and morning news shows. We’ve settled on doing a round-up of all the fun, weird and insightful moments from the Iowa Caucus trail from the past week.

There are lots of interesting things we see while out at events that don’t necessarily make for a full story. Some of those we put in our subscription-based newsletter, which comes out Monday, Wednesday and Friday mornings – you can subscribe here. Others we’ll put here in a Sunday wrap-up story.

We tried something like this before during the last Iowa Caucus to limited success. Now that we’ve got a full team that will be out at many events every week, we think it may go better. Feel free to give feedback on what kind of stories would make you want to check the site every Sunday morning.

After an incredibly odd span of nearly three weeks where there was only a single candidate visit, the caucus show ramped up again this week. John Delaney, Jay Inslee, Joe Sestak and Marianne Williamson touched down shortly after the debates this Friday through Sunday. Also in the state was Jill Biden and John Bessler (Amy Klobuchar’s husband).

An under-the-radar story from the Iowa Caucus this year is how well all the various campaign staffers are getting along with each other. It’s a welcome relief for those worried about the harsh Clinton/Sanders divisions the last primary saw coming back around. Many staffers tweet out their photos with campaign workers from other teams with the #Friendship2020 hashtag.

Jill Biden did her part in joining that spirit (or maybe just the Iowa Nice mood) during her visit to the Boone County Democrats picnic on Saturday. She went over to personally greet and thank every campaign staffer for other candidates (including those candidates who took shots at her husband in the debate).

A little bit of #Friendship2020 as Jill Biden says hello to all the campaign workers for other presidential candidates. Tells the Buttigieg workers she enjoyed meeting Pete for the first time at the debate #IACaucus pic.twitter.com/8KMysdTBhu

Marianne Williamson also held court among the campaign staff, stopping to take a group photo with them. Inslee called Iowa Starting Line earlier in the day Saturday to share that he’s seen a huge surge of interest in his campaign’s efforts in the last few days. He said he saw the biggest round of donations his campaign has ever received in the 24 hours following the Democratic debates. “I think that’s a response to our strong climate crisis message,” he said.

The Other Issues With A 24-Candidate Field

It was an incredibly hot day on Saturday when five candidates/candidate spouses arrived to speak at the Boone picnic. That cut down on attendance, which meant this was one of those events where the campaign staffers outnumber the local Iowa attendees.

Then add to that that every campaign representative gets to give their own speech to the crowd… and you get some very long Democratic events these days.

Helping Out The Local Causes

Also at the Boone event was a few younger residents raising funds for scholarships for local LGBTQ students. They mentioned to Starting Line that John Bressler, husband to Amy Klobuchar, came by and gave a “very nice” donation to the cause.

Joe Sestak, a retired admiral and a former U.S. House Rep. for Penn., launched his campaign for the presidency within the last week. Early into his bid, he stopped at the Boone County Democrats cookout to introduce himself and outline his presidential platform.

Sestak spent a majority of his time talking about foreign policy. Overall, he gave an impassioned and organized speech in which he covered creating more transparency for foreign-relations decisions, generating accountability for those who have made poor decisions, and outlined some of the foreign threats to the United States and their efforts being made. 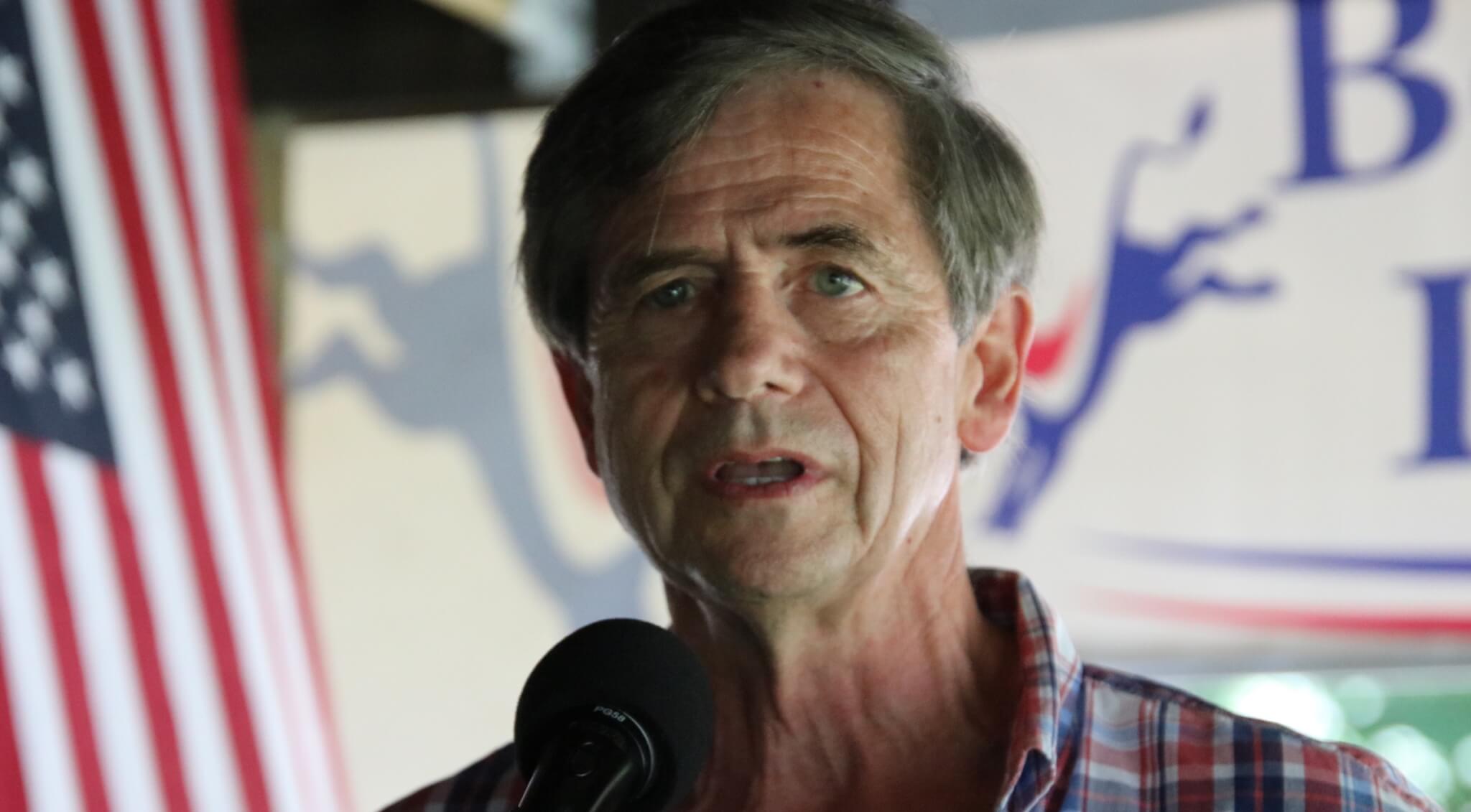 “This is now one world,” Sestack said, making the case that the U.S. must be more diplomatic and creative in addressing countries like China, but more cautious with countries like North Korea and Russia.

After using an elaborate flight-based metaphor conveying his commitment to being a bold, accountable leader, Sestack ended his speech, “no one in America believes anyone in Washington D.C. would stand in front of that plane for them. I want to, as your President.”

One well-known Iowa Democrat stuck around in Boone in the hopes of seeing “The Admiral,” thinking it was Michael Franken, the retired admiral that Starting Line first reported was considering a run against Joni Ernst. Alas, there are two Democratic admirals running around Iowa right now.

When Williamson was introduced at the picnic, nearly all other activity at the event stopped as folks left campaign booths and came outside to listen. After giving an energetic, twenty minute speech, Williamson received loud applause and took several questions.

“It’s not gonna work if our conversation is just, ‘oh we should have this policy, we should have that policy,'” Williamson said. “Let me get the policy issue off the table right away. I am a left-wing Democrat. I am a progressive Democrat.”

Williamson said, instead, we need to “emotionally and psychologically re-bond with the ideas of the Declaration of Independence,” and that when any generation fails to do so, they become “easy to fool, easy to distract, and easy to play.”