On paper, she is arguably the most qualified candidate to run for state office this year, but a person only needs to talk to Heather Matson for a few minutes to confirm that she is much more than just her resume. Matson, the Democratic candidate for the Iowa House of Representatives in District 38, is originally from Rhode Island, and earned degrees in Government and Legislative Affairs before permanently moving to Iowa with her husband, Chris, over ten years ago.

During the course of her 17 year career, Heather worked in nearly every facet of politics and government affairs (nonprofit and corporate) there is to work. She has volunteered, lobbied, managed campaigns, raised money, analyzed legislative policies, served on committees, and chaired boards for left-of-center institutions.

Ask her husband or any of her friends and they will say that Heather is the sort of person that makes things happen. After working in Iowa as an astute policy wonk for so long, logically, the next step would be to take on a leadership role as an elected official. But why run now instead of several years earlier? With such impeccable credentials, it would have been possible.

“I didn’t feel like I was ready for it,” she admits. “But people were always asking me to think about running.”

With that simple statement, Matson highlights one of the reasons why many women have been stifled in leadership roles in U.S. politics in numbers comparable to other developed nations. Oftentimes, accomplished women are not motivated to run because life gets in the way, whether it’s bad timing, financial considerations, career development, or privacy concerns. Chief among the factors that discourage women from running is family planning, which takes precedence in the lives of many mothers over all else. And, historically, women do not even run for office. Research from the Center for American Women and Politics at Rutgers University shows that not more than 25% of elected officeholders at any level are women.

Iowa, considered by many as a bastion of progressiveness, mirrors the rest of the nation in its lack of gender parity in the legislature.  The Iowa House currently has a makeup of 17% of women serving and the Senate is about 14% of women, respectively. Why the disparity?  Simply, women do not run and men do. A 2012 report from American University’s Women and Politics Institute identifies 7 key factors for why women don’t run and one of those reasons is that, “Women are still responsible for the majority of childcare and household tasks.”

But that did not stop Heather Matson from staying involved in her community and in politics. In fact, Matson decided to run because of her family and what she felt was a stagnation in the political process. As a legislator, Matson seeks to pose the following questions: “Here is the challenge: what actually needs to happen? What are the logistical things, the actual technical things that we need to solve the problem? What do we need to do and how do we do it?”

Heather Matson is challenging Representative Kevin Koester, who has been serving as an Iowa House Representative since 2009. Koester is a school administrator and presents himself as a legislator who cares about education issues. But Koester is a relatively obscure legislator. He does not stir up too much trouble, but does not propose much either.

And there are little means to know what Koester is actually doing at the Capitol outside of manually checking his voting record. He does have an email list, but his last newsletter seems to have been issued in 2013 (that single April copy is online, thankfully), and his social media accounts have been defunct for years. He tries to make up for this serious lack of transparency by putting his personal address, email, and cell phone number on his website, but what if you want to see Representative Koester in person and ask him a question? Well, he held three public forums in all of 2015 that is on record. In 2014, Koester was interviewed by The Des Moines Register where he explained that education needed to be prioritized in Iowa, especially the community college education system. This makes sense since he was a director in the Ankeny Community Schools system for several decades.

But, out of all of the pieces of legislation sponsored by Koester in his first term in office representing Ankeny, less than 10% were education-related with each subsequent term only getting slightly better or worse, statistically. This past spring, Koester and his Republican peers voted for a bill that would reduce state aid for area education agencies by over $18 million dollars. And where was  Koester during the last battle on the Capitol for education funding that resulted in a 2.25% and laid off teachers across the state increase rather than the Senate’s proposed 4%?

What else is Koester doing? According to his legislative history, he has been very focused on legislating women’s reproductive choices by frequently sponsoring right-to-life bills over the past 7 years. The rest of his policymaking history deals with general appropriation bills and other matters of state government. Ensuring that our schools and teachers are properly supported is one of the most important responsibilities we entrust to our legislators and Rep. Koester has dropped that ball entirely.

When asked how she would best serve constituents in House District 38, Heather Matson replies immediately that allowable growth for education funding is key.

“We cannot expect school districts to be able to do strategic long-term planning without giving them the tools to do it,” Matson says. “We are hamstringing their ability because we aren’t telling them how much money we’re going to give them, and on top of that we’re underfunding them … It is a really bad situation.”

One of the main reasons that Matson decided to run in her district is because of the lack of attention Iowa’s schools and teachers are getting from the Statehouse and the continual cuts of funding to education agencies by House Republicans, despite their claims to be for education. Matson believes House District 38 would be better served by voting for her to replace Koester in November. The Iowa State Education Association agrees as the ISEA-Pac formally endorsed her this summer. 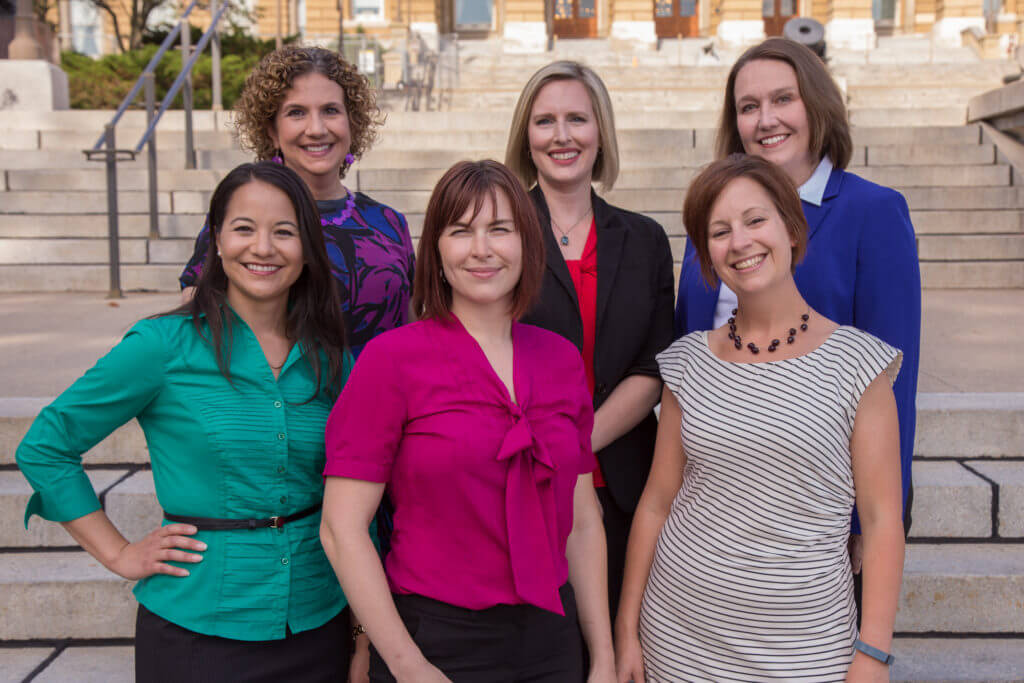 When asked about how she would engage voters after the election, Matson proposes a constituent office hours slot every week to remain consistently accessible to her voters; the location of which could vary, but would be in the district. Matson currently maintains a strong online presence via her campaign website, Twitter and Facebook pages. Matson also has a vision to help small businesses.

For the last two years, Ankeny, Iowa has been recognized as one of the top fastest growing cities in the U.S. In only 15 years, Ankeny’s population has doubled. Matson plans to help her city capitalize on this growth by pursuing opportunities for economic advancement as a legislator, wherever they may lie. This fall is a chance to even the imbalance in the Iowa House with excellent candidates like Heather Matson. With strong voices like Matson’s in the House, Iowa is better served and the cities within her district will be able to reach their full potential. With your support and vote on November 8, Heather Matson will work for Iowa’s families to ensure education is made a priority and that the City of Ankeny is reaching its full potential, economically.

Disclaimer: author has contributed to and/or has volunteered for the campaigns listed within six months of this writing.

2 Comments on "Year Of The Woman Candidate Profile: Heather Matson"