Maridith Morris is on a mission to save the world. At least that is what you feel when you listen to her discuss the issues that affect everyday people, not just in Iowa, but throughout the U.S.

Holding a stack of campaign cards and her 1-year-old son, Ehen, on her back, Morris knocks on doors, walks in parades, and fearlessly runs for the Iowa House of Representatives in District 39 as a Democrat challenging Representative Jake Highfill, a Republican. Of the many different candidates running for office in Iowa this election cycle, there are only just a handful of cases where the contrast between the opponents are so stark: the race between Morris and Highfill is one such case. Highfill was elected straight out of college, so his political experience is about the same as Morris’ who is a professional nurse, but their similarities end there.

Morris worked her way through her undergraduate career and then nursing school, oftentimes juggling three jobs simultaneously to support her family until she earned her degrees from Mercy College and then Allen College, respectively.

“I was basically treading water the whole time,” Morris says. “A lot of my money went to childcare … although I’m in a position of privilege now as a nurse and I make [more], I believe the minimum wage needs to be raised.”

This is part of the context Morris presents as a candidate: she understands what the average family on a set income goes through every day and it is this personal experience that she applies when thinking of policy solutions for families in House District 39.

For Highfill, however, his greatest asset and vulnerability as an effective legislator is his youth. He is the youngest legislator in the Iowa legislature at 25, is unmarried and has no children – it is fair to say that Rep. Highfill does not know the challenges of raising a family while trying to get ahead in one’s career, a chief concern that nearly half of voters in Johnston have as working parents. In his two terms in office, Rep. Highfill’s legislative record has not reflected the needs of his district and has ranged from sponsoring bills that center on fantasy sports gambling to loosening common sense controls on current gun laws. Perusing Rep. Highfill’s personal Twitter page (since his campaign Twitter has not been active since 2012), his concerns primarily revolve on sports and military veterans. In terms of transparency as a two-term legislator, Highfill has no official newsletter, no campaign website, and no conceivable policy platform for his re-election campaign.

On the other hand, Morris tweets and posts on Facebook nearly every day about issues in her district, even before she decided to run, about the presidential election, education, women’s health care, and other substantive issues. According to the Morris campaign’s official website, her candidate platform is based on three issues: education funding, women’s needs, and mental health care. All three issues tie into the Morris campaign’s slogan, “Caring for tomorrow begins today.” 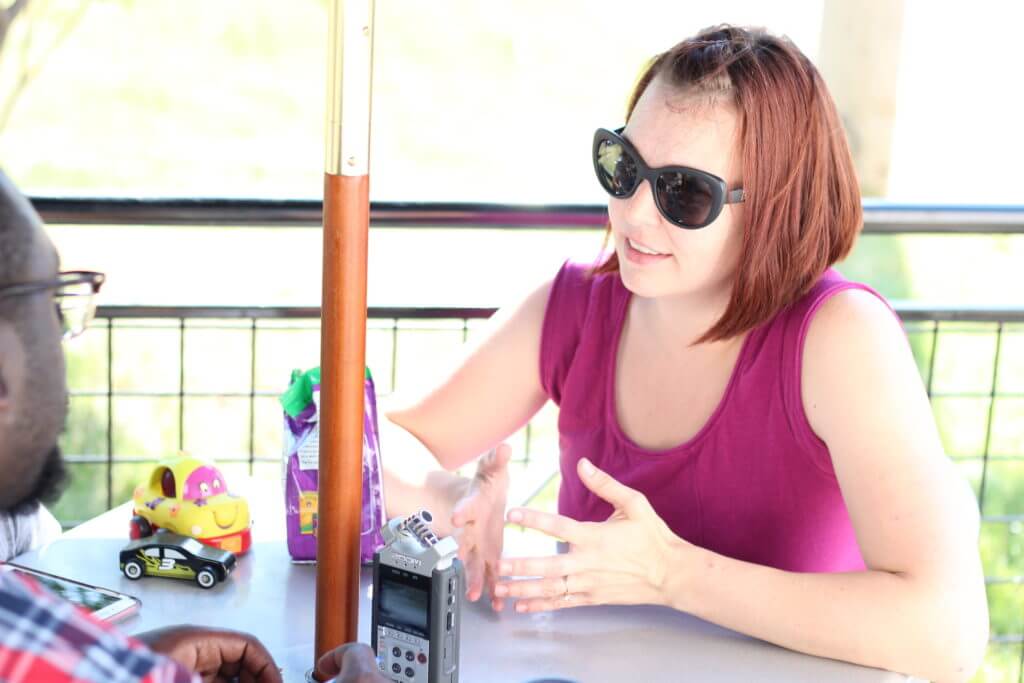 As a member of the Iowa House, Morris plans to take the long view when approaching solutions that will benefit Iowans in her district meaning long-term solutions despite the short two year term being elected to the Iowa House grants. Morris feels that by focusing on these issues as a legislator, she can help move the legislature in the right direction in making meaningful long-term solutions for tough issues.

For starters, she wants to make sure that education funding in Iowa is given priority. Like many Iowans, Morris is disappointed in the Iowa legislature’s inability to provide adequate funding to Iowa’s schools and teachers and, in her district, the effects are already being felt. Johnston used to be able to provide buses for all kids to get to school, but this past year, the Johnston school district privatized their bus system by outsourcing transportation responsibilities to STA, a Canadian transportation company. The decision was to preempt the rising costs of managing a fleet of 75 buses and 60 drivers in a political climate of uncertainty for school funding and is expected to save over $3 million dollars from the Johnston schools budget. However, this move bumped all of the drivers out of their jobs as state employees to private contractors, meaning they are no longer eligible for the Iowa Public Employees Retirement System if they continue to work for Johnston schools. In addition, these cost-saving measures for the school district will negatively affect some families, as those who live within a mile of their school are placed in a pay-per-ride program.

“My family, we’re going to have to pay $460 next year for my daughter to be able to ride the [school] bus,” Morris explains. “If there is space.”

These are the sort of issues that directly affect voters in House District 39 and that, as a mother, Morris has unique insight into and advocates for.

“We need to determine what the school district’s needs are and give them the allowable growth to succeed,” Morris says firmly.

Highfill has shown no interest in this particular issue regarding the privatization of public school transportation, but judging from his policies would likely applaud the move as it works into his 2012 campaign platform for smaller government. In fact, one of Highfill’s greatest hits in sponsored legislation regarding children has nothing to do with education, but involves allowing those as young as 14 years old and under to be able to wield handguns, a proposal that made national headlines.

Other issues that Morris advocates for vehemently, as she knows them very well as a woman and a professional nurse, are women’s health and mental health care. Morris is not only a registered nurse, but a certified sexual assault nurse examiner. Sexual assault is a larger problem than community leaders are willing to admit. On college campuses, in the workplace, in the military, sexual assaults are happening every day, everywhere and it is becoming increasingly clear that an epidemic is not just suddenly upon us, but that this has been a longstanding issue across all industries that is finally coming to light.

Many different states have thousands of untested rape kits backlogged over time because of a toxic combination of archaic laws and rape culture that makes it difficult for rape and assault survivors to report or pursue their cases and enables abuse. Unfortunately, Iowa is no different. Iowa has some 4,000+ untested sexual abuse evidence collection kits with about 800 belonging to Des Moines Police Department here in Polk County alone. As a nurse who not only specializes in putting those rape kits together, but who deals with the survivors almost always right after their assault, Morris knows firsthand how important this problem is.

“I’ve gotten to see people when they’re the most broken they’ve ever been and I’ve seen them when they’ve been the happiest. I’ve been really privileged to be invited into people’s intimate moments,” she says.

Morris wants to make sure that survivors of sexual assault are given a chance at justice and that appropriate funding to process the kits is allocated.

Finally, mental health care is something many Iowans struggle with and is a key point on Morris’ platform. Mental health care affects everyone we know and everyone we don’t. Iowa’s quality of service for mental health is the second worst ranking 49 out of 50 states, according to the Treatment Advocacy Center. The ranking is largely due to a combination of legislative lethargy and Governor Branstad’s executive actions to close down state mental hospitals. Morris is not afraid to speak up for Iowa’s mental health infrastructure and advocate for ways to strengthen not dismantle state facilities. Sure, it may increase state government growth, but by a small margin and Iowans take care of their own.

2016 is a serious election year and we need strong candidates who know the issues and are prepared to make adult decisions. Would you rather have someone who can speak to you knowledgeably about a variety of community problems affecting your family and your neighbors’ families and will fight on your behalf to make things better or will you re-elect someone whose best known topic of conversation is fantasy football? The choice is clear: vote for the candidate who is not only mentally prepared, but has your best interest in mind. Vote for Maridith Morris for Iowa House District 39.

Disclaimer: author has contributed to and/or has volunteered for the campaigns listed within six months of this writing.

2 Comments on "Year Of The Woman Candidate Profile: Maridith Morris"