Alex Vasquez of Sioux Center remembers how excited he was to turn 16 and get his driver’s license.

Many of his friends had started to drive and he wanted his chance to get behind the wheel too. When Alex talked to his parents about it, they had to break some news to him: he was not going to be able to obtain his driver’s license because he was undocumented. Not just him but his entire family.

Alex was confused and heartbroken because he didn’t quite belong even though he lived in this country most of his life. He grew up performing the pledge of allegiance, going to public school, paying taxes, and doing everything that showed that he belonged here.

As a teenager, he also didn’t know how to explain that to other people including his friends and peers. Fearful of how they would react to that, he came up with a cover story.

“We really never talked about our immigration status [as a family], but we did know about emergency plans,” Alex said. “In case anything would happen to any of our family members, we have a number to call.”

Alex and his family moved to Dallas, Texas, in 2000 when he was 4 years old. They immigrated from Colombia because the situation wasn’t good there due to the guerrillas and drug trafficking in the country.

The final straw came when some of his family members were kidnapped. Alex’s mother was an accountant back home, but she had to work at a fast-food restaurant and at a daycare after they moved. His father was in the Colombian military but delivered newspapers, cleaned airplanes, and cooked meals in the states.

“My family and I lived way under the poverty line,” Alex said. “Food, clothes, and the apartments we lived at were never ours, they were always other people that we joined in. When I think about my childhood, I just think about it like in survival mode.”

When he learned about his immigration status, he also learned about the Consideration of Deferred Action for Childhood Arrivals (DACA) program and decided to pursue that. Once he obtained his documents, he read the phrase “Authorized Alien.” He did not like his new title, but at least he was authorized.

Playing football helped Alex with his integration. His parents also insisted that he and his sister focus on their academics.

Alex graduated high school with a high GPA and was approached by different colleges but also rejected when they learned he was not a US citizen and didn’t qualify for financial aid. Eventually, he was recruited to play football for Dordt University in Sioux Center.

“That was the first time I felt that someone said, ‘We believe in you,’” Alex said.

Alex obtained his bachelor’s degree in biomedical sciences from Dordt in 2018. He wanted to be a physical therapist but, according to Alex, you have to be a citizen to practice that career, so it was another reminder he didn’t belong.

However, when one door closed another opened. Before graduating, Alex was offered a job as Sioux County director for Young Life, a Texas-based faith organization. He loved his new job, which involved helping low-income young adolescents with academics, tutoring, and mentoring while talking to them about Jesus Christ. 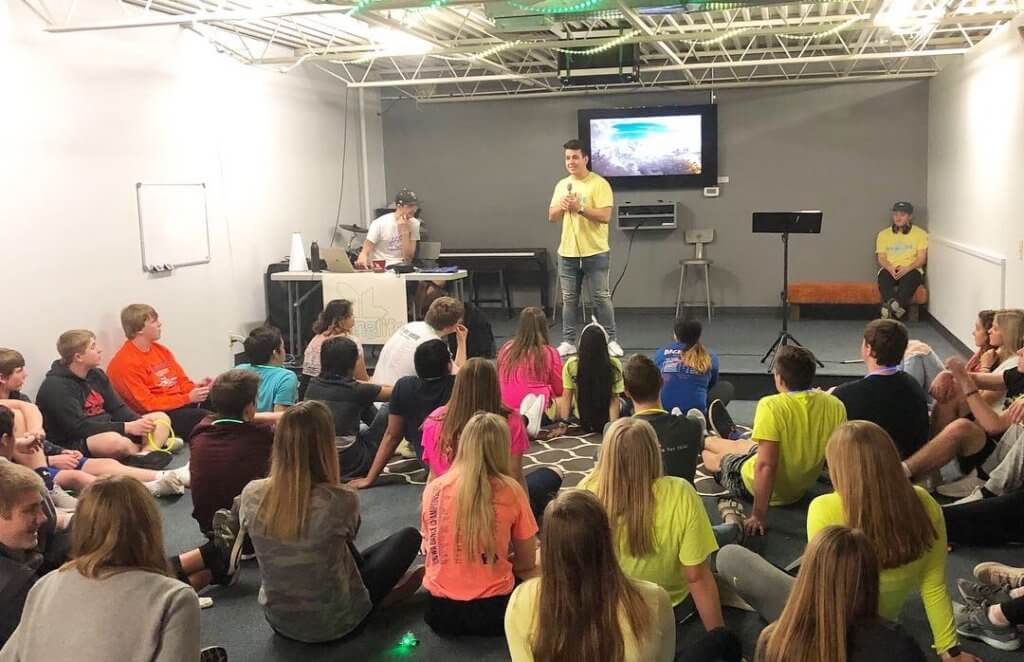 “I didn’t grow up believing in God,” Alex said. “For me, growing up in the US was very hard for me—I wanted to be a citizen, I wanted to feel included, loved, and belonging. The first time I felt I belonged was when people working for Young Life in Dallas reached out to me and cared about me and talked to me about Jesus Christ. It ended up changing my life, so I felt that God gave that opportunity to do that for students that grew up like me.”

The 25-year-old recently changed jobs and started working as a student success coach for his alma mater. With his new position at Dordt, Alex encourages students to pursue their careers and follow their dreams.

Since Alex became a DACA recipient, he has worked hard to advocate for immigrants and dreamers like him. He wants to change the verbiage around “aliens” because it is hurtful. The topic is so near and dear to him you can hear it in his vocal inflections. His normal speaking voice is calm and soft, but it grows stronger when he talks about immigration and belonging. He uses that voice to fight for others like him.

“I always wanted to feel that I belonged and I wanted someone to believe in me,” Alex said. “So I ask the government and the Biden Administration to believe in the hundreds of thousands of students who want to contribute to this country, to make a difference, not only to their communities but the community they live in.”

Iowa Starting Line will honor and celebrate Hispanic/Latino Heritage month by highlighting Iowa Latinos/Latinas who have made a lasting impact in their community and beyond.