When people first meet Lorena, they are impressed by her physical beauty. She is one astonishing woman, but when you get to know her well, you just know that her inside is even more beautiful than her outside, and that is a rare find. She is a fortress, standing tall — well, tall for me given my short stature.

I also noticed how she carries herself; she embodies humbleness, kindness and warmth, all qualities one treasures. I knew she would become a dear friend to me.

Lorena Alomia, 35, moved to Des Moines five years ago with her husband. They came from South Carolina but initially from Cali, Colombia, Lorena’s place of birth. Like most immigrants, the cultural and weather shock in Iowa were extremely difficult at first for this strong Caleña (from Cali).

Lorena grew up near the tropics with her beloved grandmother, the person who has been by her side all her life and who thought her how to cook.

“My grandma is everything for me,” Lorena said.

When Lorena was nearly 10 years old, she and her grandmother moved away to a different town. Once there, her grandmother sold fruits and vegetables at the local farmers market. There was a special costumer that frequented their stand, his name is Freddy Brian. Freddy became a close friend of their small family. He took care of Lorena, helped her with her homework, and took the role of a father, the kind that every little girl needs so much at that age.

Freddy owned a restaurant and Lorena spent countless afternoons doing her homework there. It was there, where for the first time he told her: “You are so beautiful, one day you are going to be a queen, and I am going to help you be a queen.”

When Lorena talks about her adoptive dad, you can tell how much she loves him, how grateful she is for all the kindness, patience and support he gave her growing up.

Once Lorena graduated from high school, she returned to Cali to attend the university there. Her desire was to become a flight attendant. It was around that time that she also started modeling, which presented her the opportunity to participate in several beauty pageants. 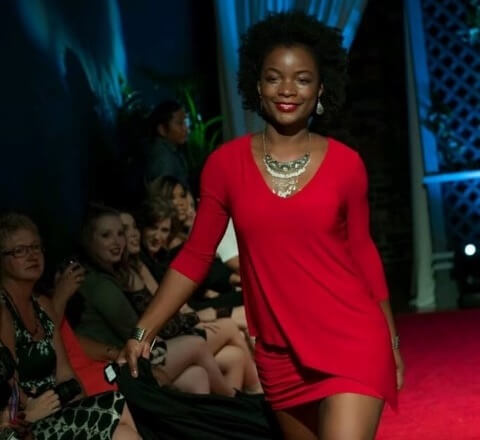 After working as a flight attendant for a while she received the devastating news that her dad had been diagnosed with colon cancer. His health was deteriorating quite fast. She decided to quit her job and take care of her beloved father. It took two years, but her dad fully recovered. In the process, they had to sell the restaurant to pay his medical expenses.

In 2011, Lorena went back to work, this time as a waitress at a local Mexican restaurant. Her professionalism and work ethic paid off and she became the manager. It was at that restaurant where she first met her North American husband, Joshua. He was living in Colombia at the time but eventually returned to the States.

After three years as a restaurant manager Lorena received a scholarship to study accounting. By now she was working at a fine dining establishment where her education about the business continued.

The love between Lorena and Joshua grew and they were married in Columbia, South Carolina, in 2015. Not long after, they moved to Des Moines where Joshua had secured a position with the city government.

Moving to another country is not easy, the culture shock alone can be overwhelming. For some immigrants it can be even harder, adding a different language to the equation.

“I used to have headaches all the time because it was hard to be thinking in English,” Lorena said.

Being an Afro-Colombian in this country adds to the challenge. Some Latinos lack the understanding that Afro-Latinos are also part of the Latino ethnic sphere. On the other hand, some African Americans may not fully embrace Black people that do not share the same North American inequality experience.

Afro-Latinos exist beyond the islands in the Caribbean. In Colombia alone 5 million people have significant or mainly African ancestry.

Lorena has endured discrimination among different racial and ethnic groups in Colombia and in the U.S., yet she persists. She, too, is part of the struggle.

Lorena has settled in well, making friends and building a life in Iowa, but she still misses her family and friends back home.

One thing she missed terribly was Colombian food, so she began cooking and baking the flavors of her homeland. It took a little time for Lorena to become familiar with the cooking products she could find in the local stores. Eventually she mastered it and began to cook the food that she loves.

I was lucky enough to test her recipes. Her cooking is exceptional and delicious, and friends started asking her to cook for them. In 2018 Lorena officially started her catering business, Delicias by Lorena.

The process of starting a business has been difficult. Not only did she have to figure out product supplies but also learn about the systems needed to open a business and the regulations around the food industry.

Lorena’s perseverance, impeccable quality and service have finally been recognized by others and most recently by the industry leaders themselves. 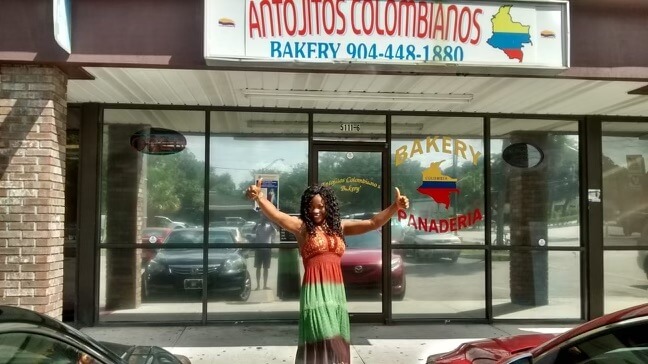 In November, Lorena Alomia was presented with the “2020 Faces of Diversity” award by the Iowa Restaurant Association. She is the perfect example of resilience and determination. She is an entrepreneur making extraordinary food, always seasoned with love under the direction of her ancestors.

Lorena is not only a great chef, but she is also a beautiful human being, a strong yet sweet, passionate, smart woman that makes Iowa better.

Support small businesses during this holiday season and challenge your taste buds to delicious food like Lorena’s delicacies. I promise you, you will not regret it!