For J.D. Scholten, visiting all 374 towns in Iowa’s sprawling 4th Congressional District gave him the opportunity to see up close “the potential in this district.” But it also put into focus the hardships facing rural America, from closed down grocery stores to low crop prices and struggling hospitals.

In Palo Alto County, just south of the Iowa-Minnesota border, Scholten had an experience he “will remember ’till the day I die.”

“We met the last dairy farmer in Palo Alto County,” Scholten said Friday in an interview with Starting Line, fresh off his Every Town Tour. “Him and his brother come from a family that has been milking cows for over 100 years.”

Scholten, running for Congress for a second time, drove every minute of the 39-county, 7,786-mile trek across the 4th District. Launched Aug. 6 with stops in Woodbury, Plymouth, Ida and Cherokee counties, Scholten closed out his 374th town on Oct. 5 in Nashua. 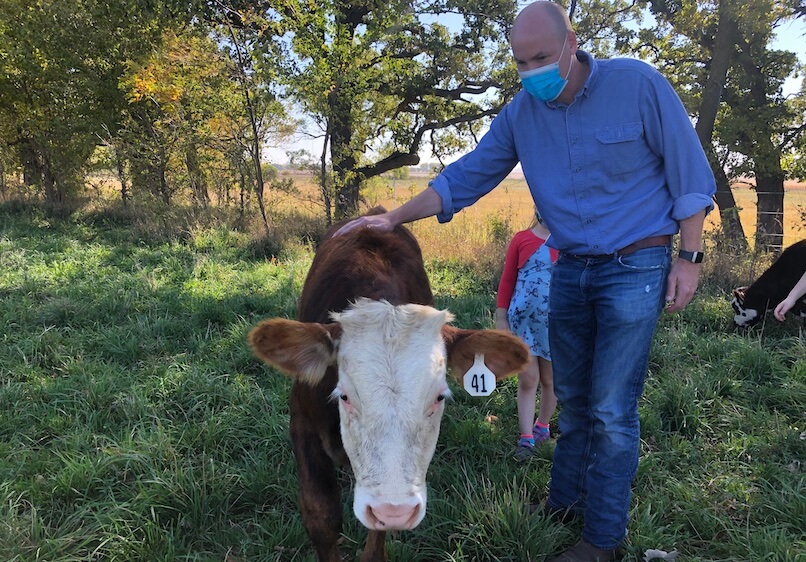 “We model a lot of our campaign, both last cycle and this cycle, on what they did,” Scholten said. “So much of it is, when you get out to the people you prove that you’re trustworthy and prove that you’re going to fight for your constituents, you’re going to earn votes regardless of the voter’s history. I think we proved that last time by getting 25,000 more votes than there are Democrats in the district. This time, we’re just continuing to build those relationships.”

Scholten came within 4 percentage points in 2018 of unseating the Congressman Steve King. King lost his primary race in June to state Sen. Randy Feenstra of Hull, setting up a challenging race for Scholten as he faces a more conventional Republican in a district that heavily favors the GOP.

The former minor league baseball player and Sioux City native, however, is undeterred.

“If you do retail politics right,” he said, “it’s alive and well in Iowa.” In Soldier, Iowa, a Monona County town of less than 200, all Scholten had to do was drive up in his campaign Winnebago, Sioux City Sue, and that was enough to draw a crowd.

“I asked them when was the last time a candidate came, and it took them a while, but they said, ‘I think it was (former congressman and actor) Fred Grandy when he came for the centennial,'” Scholten recalled. “And it just goes to show, people want to be heard, and in modern politics this bashing the other side, it’s missing out on the issues. And there’s so many issues that this district needs help with.”

As of Friday, with just over three weeks to go until Election Day, in the 4th District 15,374 absentee ballots have been received since early voting began on Oct. 5, with 7,732 cast by Democrats and 5,305 cast by Republicans. (These figures from the Secretary of State’s Office do not include ballots cast early in person.)

Scholten and Feenstra will meet Oct. 21 on WHO-TV for the first debate between the candidates. Feenstra is the only one of Iowa’s 10 federal candidates this fall to decline a debate on the statewide program “Iowa Press.”

In order to win a majority-Republican district like the 4th, Scholten will need substantial support from independents and some registered Republicans. On two issues in particular, Scholten observes a willingness from voters to cross party lines: antitrust laws and political corruption. 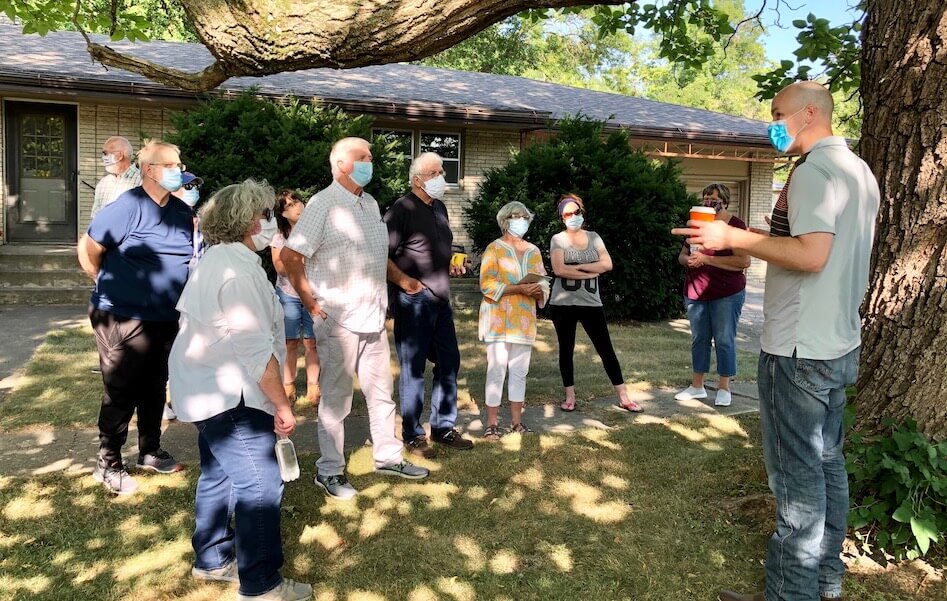 “The other part of it is when we talk about cleaning up the special interests that are dictating our democracy,” he added. “That is something that resonates through party lines because people are sick of what’s happening in D.C., because the American people are falling by the wayside when it comes to that.”

Of course, multiple months on the road filled with campground overnights and picturesque sunrises wasn’t all serious policy talk and political grievances. Scholten wants Iowans to know he also found the best place to get a tenderloin sandwich in Western Iowa: The Landmark Bistro in Grundy Center.

“I’ll say, there’s a lot of good ones out there,” he said, not wanting to lose any votes over his preferred piece of breaded pork, “but that one to me seemed to be a little bit better.”

Visiting 374 towns in two months was more than a campaign strategy for Scholten, it was a labor of love for a candidate who clearly cares about the future of his fellow Iowans.

“One of the cool things was being able to sleep in all the state parks and just see the beauty of the district,” Scholten said. “You really get to see the potential in this district. It gets back to my vision of what the district could be, being the epicenter of 21st century resilient agriculture.”

2 Comments on "Scholten: What A 374-Town Tour Of Iowa’s 4th District Teaches You"