As the coronavirus continues to spread across Iowa, Gov. Kim Reynolds and the Iowa Department of Public Health released for the first time data on how the disease is affecting different racial and ethnic demographics in the state. As has been shown across the country, minority communities are more likely to be impacted by the virus, and that statistic holds true in Iowa. 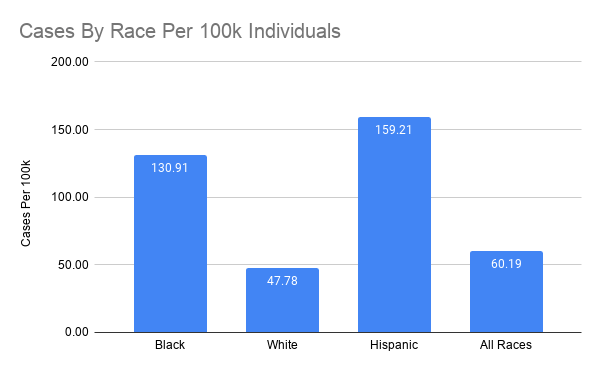 This disproportionate effect on communities of color is not just seen in Iowa. From Milwaukee to New Orleans, Black and Hispanic Americans are bearing a disproportionate brunt of the disease.  According to the Chicago department of Public Health, Black Chicagoans accounted for 68% of the deaths and 52% of the confirmed cases, but only 30% of the city’s population.

In Iowa, recent outbreaks at meat packing plants, which employ many Hispanic workers and refugees, are likely driving at least part of those numbers.