Worldwide, people are leaving school and their workplaces to stand up for the planet. Again.

The Climate Strike, a mass protest about inaction on climate change, unfolded across the world on Friday. In Des Moines, students and supporters began gathering at 10 a.m. Another climate strike will take place in Ames from 2-5 p.m.

Students, activists and concerned citizens gathered at the Iowa State Capitol to listen to speeches and show their support for action on climate change. 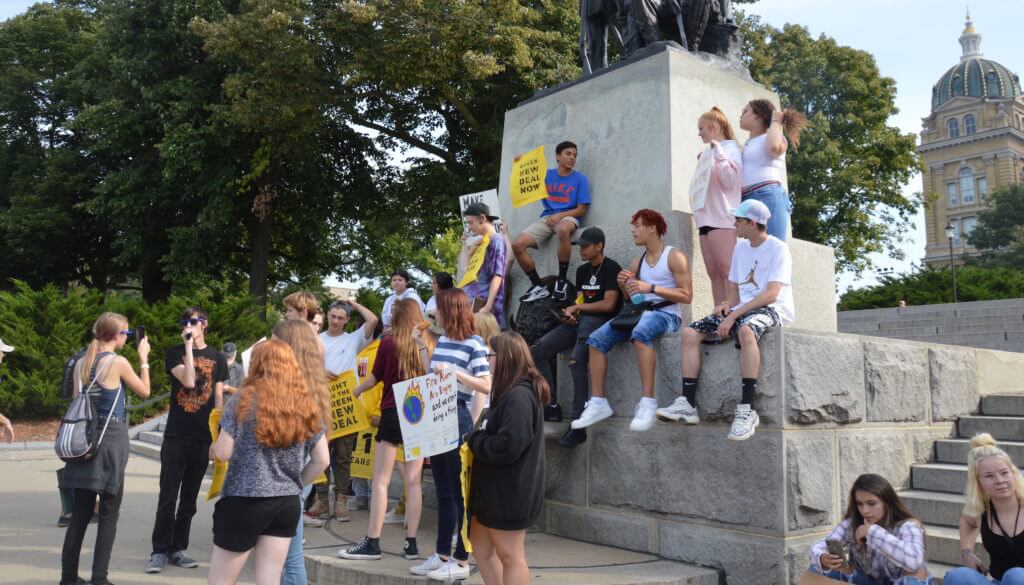 Andie Leeper, a 20-year-old junior at Central College in Pella was one of 50 from her school who came to Des Moines for the protest.

“I wanted to come because there’s 10 years left,” she said. “I have a lot of issues, but this is in my top three.”

Leeper said she was skipping three classes to be at the strike, even though they’re high-level courses she needs to graduate.

She wasn’t the only one.

The idea of striking was inspired by Greta Thunberg, the 16-year-old Swedish climate activist who sparked youth energy on climate change activism by skipping school and sitting outside of Swedish parliament to demand stronger action.

Morreno is 15 and goes to Valley High School. She said if climate change isn’t stopped and she can’t use the information she learns, or pass it on to anyone else, she doesn’t know why she should prioritize getting it.

“All these other issues we’re fighting for won’t matter,” Morreno said. “I want to have a future.” 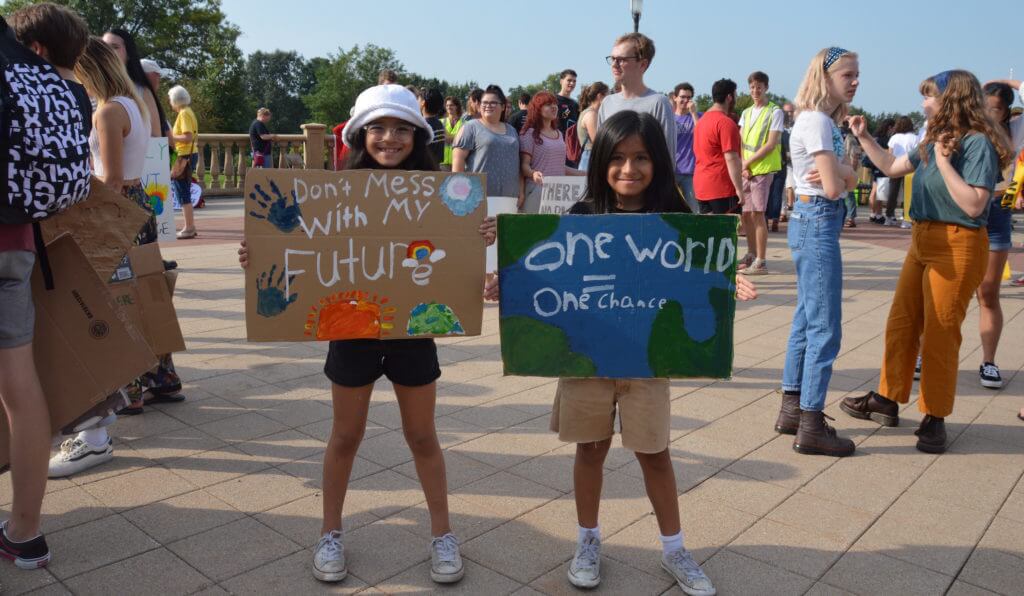 “I feel like if no one’s going to do anything now, there’s no point in going to school for a future I won’t have,” she said. “This should be the number one priority.”

For some organizations, it is.

Though the global climate strike wasn’t any one organization’s idea, the Sunrise Movement, a youth-led political action organization, has been leading climate-based activism in the United States. It was started in 2017 and has been a vocal supporter of the Green New Deal.

On their website for the climate strike, Sunrise listed demands of leaders.

And they declared a challenge for presidential candidates, saying: “We demand you publicly commit to breaking the DNC rules and participate in a Climate Debate, and commit to making the enactment of the Green New Deal job number one if elected president.” 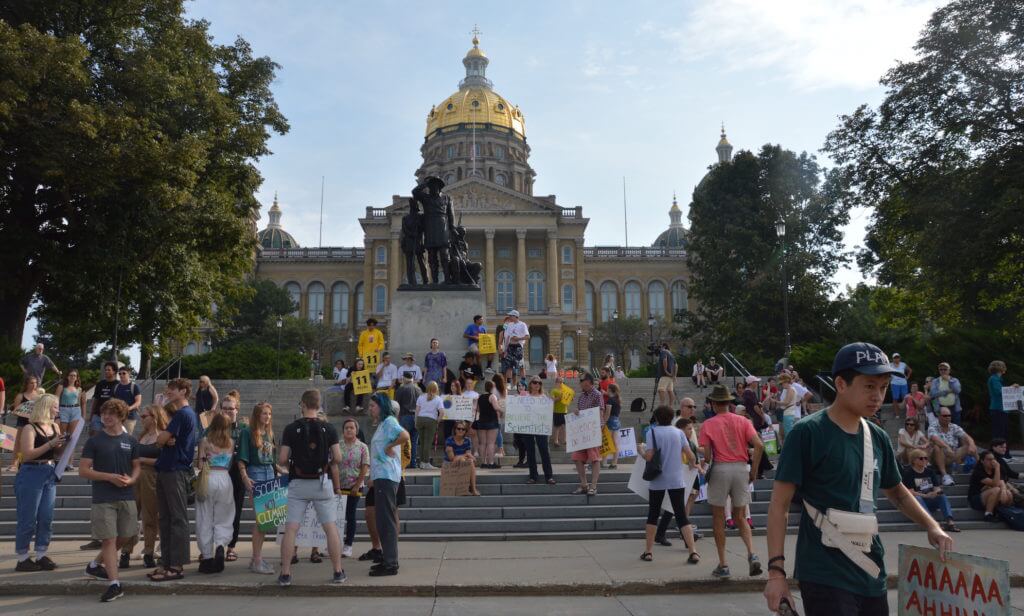 In August, the Democratic National Committee rejected a resolution that would set up a debate that focused only on the issue of climate change and the candidates’ plans to address it.

Leeper said she isn’t sure which candidate has the best idea.

“I think a lot of them are aiming for it,” she said. “But I’m still figuring out who can make the best plan.” 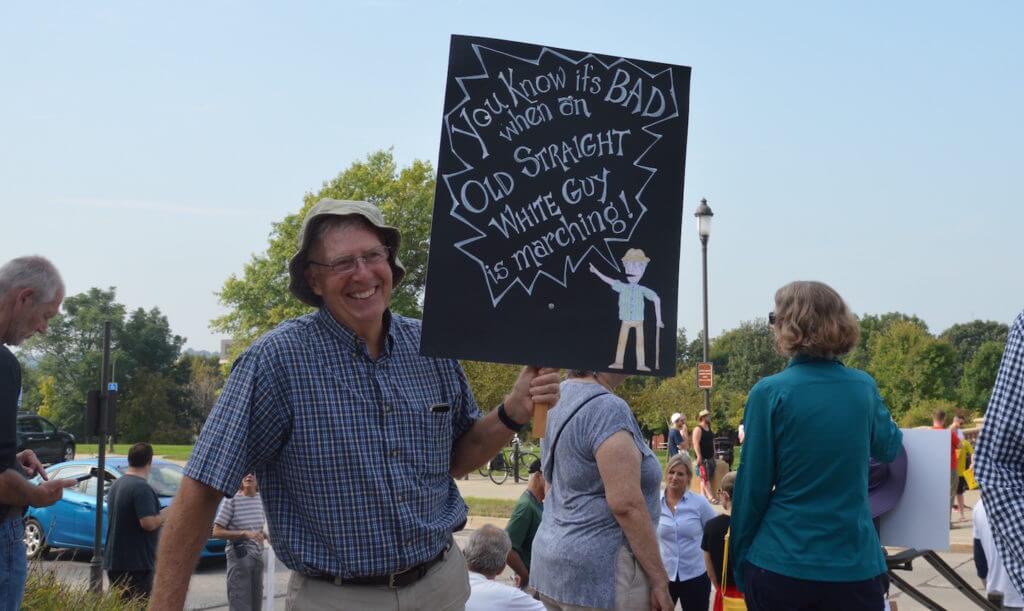 But activists haven’t given up hope.

Marelynn Navarro, a 16-year-old student at Hoover High School said she thinks massive protests like the climate strike can make a difference.

“With even just one voice you can make a change,” she said.

The lack of involvement from political leaders bothers her, but she sees a chance to change their minds.

“[Climate change] needs to be a bigger problem, it needs to get bigger notice,” Navarro said. “Protest is the way to do it.”

1 Comment on "Climate Strike Lights Fire in Des Moines, Around the World"