It was 80 degrees outside, and yet Dean Lyons of Grand Junction was clinging to a warm quilt one late August afternoon in Iowa.

The quilt’s giant squares cut out of old t-shirts were stitched together using an American flag fabric print. It features squares that say “Team Mitt [Romney]” and “Obama’08” and “Fair Tax” and “Strong American Schools.”

Lyons, a Democrat himself, figured Gabbard was the 20th or 25th presidential candidate who’s signed the bi-partisan quilt. Republicans in years past, including Ben Carson and Marco Rubio, have added their names.

“I’ve always been into politics,” Lyons said when asked why he started having candidates sign his quilt. “I got to thinking everybody can do a picture. I wanted to do something different.” 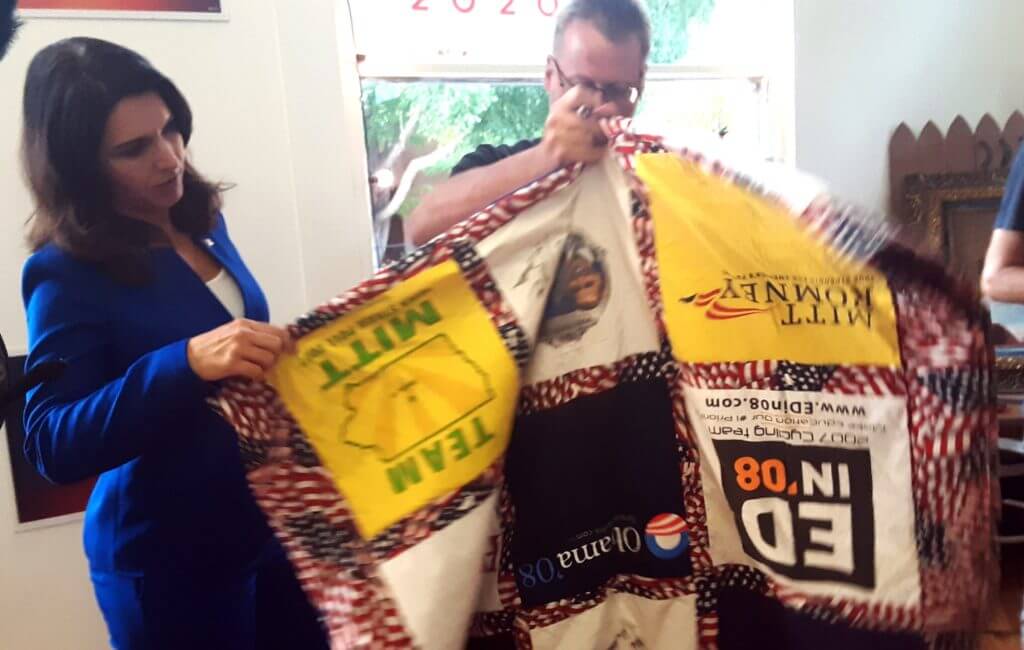 “So I just started having them sign it,” Lyons said. “Now I’m trying to get them all. There’s about a million of them this year, but it’s kind of fun. I like listening to them to see what they believe in.”

Along with getting candidates to sign his quilt, Lyons usually asks a question.

“I didn’t have a chance to say it,” Lyons said at the Gabbard event, “but I ask them all about the wall at the border.”

“We have to do something,” Lyons said. “Some of them scoot around it, but some of them answer it. The only one who has answered it this year has dropped out. That’s John Hickenlooper.”

He said he hasn’t picked a candidate yet, and as for Gabbard, Lyons said, “I thought she was alright.”

“I’m not a Trump fan, though, and I thought she was alright,” Lyons said. “I think she’s a smart lady. I would have no problem with her as President. She seems very intelligent.”

Lyons isn’t the only Iowan getting memorabilia from the candidates.

On another warm day, this time at the Labor Day picnic in Cedar Rapids, Mike Thompson asked Montana Governor Steve Bullock to sign two copies of a print his friend designed. Thompson planned to keep a copy for himself and give the other to his friend. 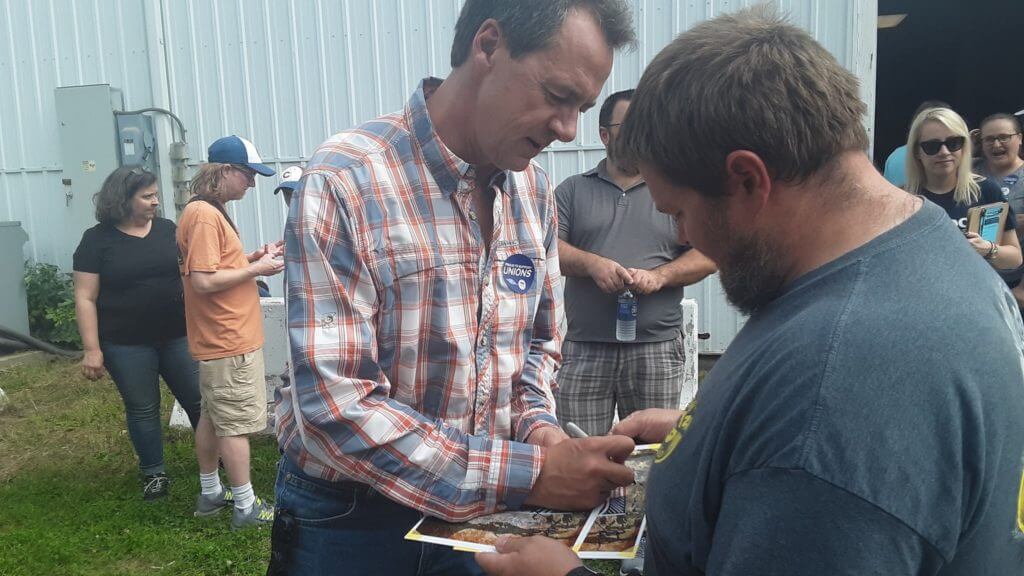 The print, he said, signifies “Trump’s values aren’t our values.”

He said it represents “the fact that I don’t feel like he’s representing America.” 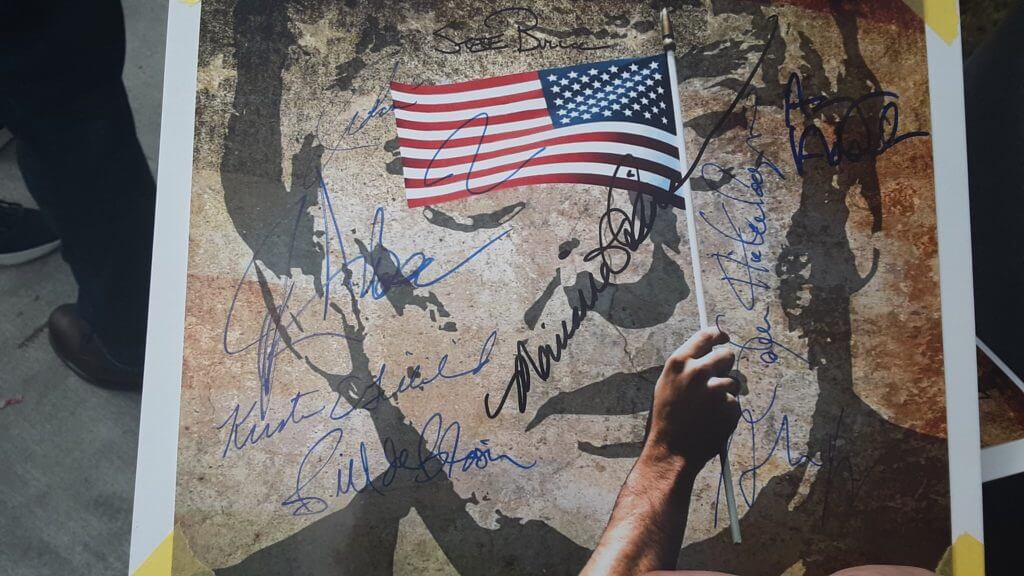