By now, Iowa acivists have seen in-person or heard on TV more than two dozen Democrats running for president.

Whether they attended the Hall of Fame dinner in Cedar Rapids, the Iowa Democratic Wing Ding Friday night in Clear Lake or an intimate gathering at a coffee shop, voters are beginning to narrow down their long lists of favored presidential candidates.

The sold-out Clear Lake event, beginning in 2003 as a modest gathering of local Democrats, featured nearly every candidate running for president in 2020.

Beto O’Rourke, a former Texas congressman, provided a video message to voters after canceling his appearance here to be in El Paso, Texas, in the wake of the Aug. 3 mass shooting. Prior to the event, candidates gathered for an outdoor vigil in memory of the 22 victims.

And as with most mass gatherings of presidential candidates, supporters led chants, cheers and held high their campaign signs before situating themselves in the Surf Ballroom and Museum. Several candidates, including Warren, Harris, Hickenlooper and Gillibrand, traveled to the Wing Ding in their newly minted campaign buses that lined the parking lot. 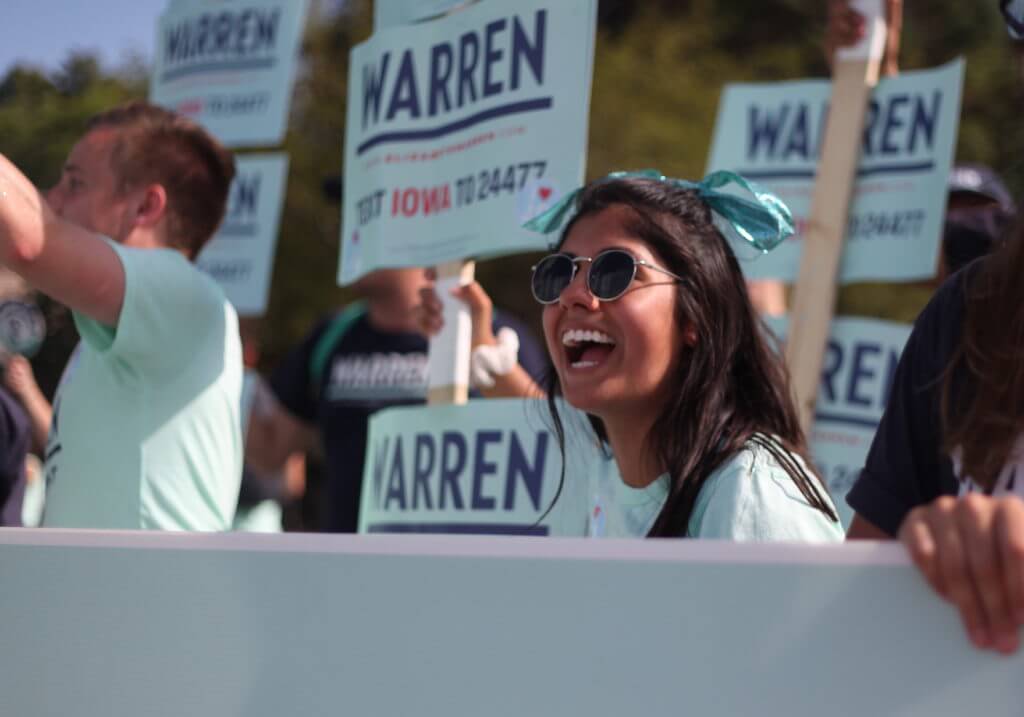 Melissa Eckmin of Mason City stood in line for a plate of food ahead of Friday night’s full slate of speakers, sporting a sticker in support of Sen. Klobuchar.

“She knows Iowa issues,” said Eckin, a retired teacher. “I think that definitely has helped her here, but I hope she can go further than just Iowa.”

For Eckin, Klobuchar’s “sensible” approach to federal policy is appealing, rather than the “hard to imagine” proposals of Democratic candidates she declined to mention.

“I don’t dislike any of them,” Eckin said, “but I think Klobuchar’s ideas are more realistic than some of the liberal-type candidates.” 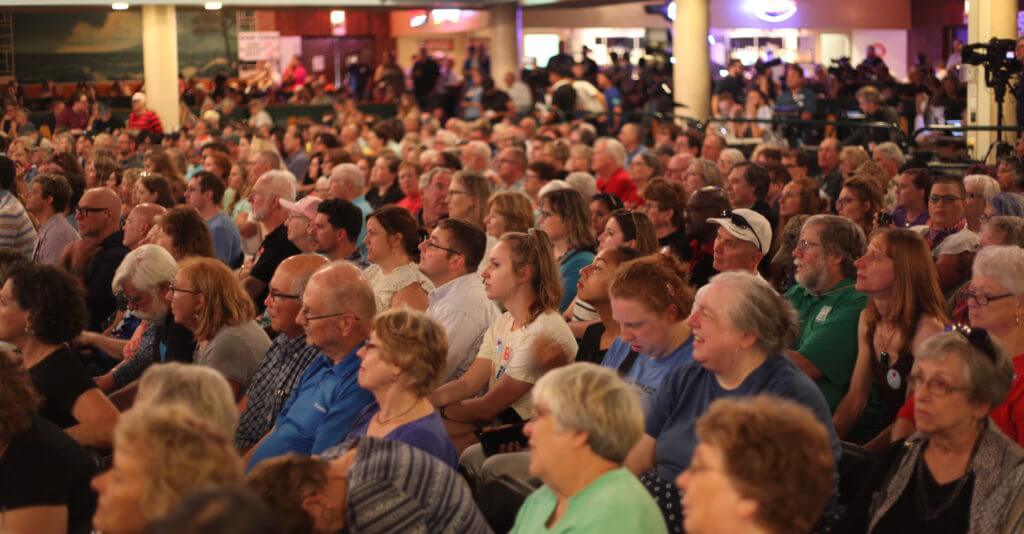 David Methic of Clear Lake stepped outside the ballroom about a third of the way through the presidential speeches, in need of a water break, he said.

“I can’t believe how packed this place is,” said Methic, of the standing-room-only crowd of Democrats. “I think this just goes to show how motivated we are, even in ‘conservative’ Iowa, to get Donald Trump out of office.”

Methic was disappointed to miss O’Rourke, but was impressed with his dedication to the people he once represented in Congress.

“I’ve seen Beto campaigning a few times, and he just comes off very honest and sincere,” Methic said. “He’s definitely someone I’m considering for the caucus.”

Mindy Gillman, of Independence, Missouri, was “thrilled” by the night’s speeches.

“I thought some of them in person were way better than on TV,” said Gillman. “I think I just saw the next president. I don’t know who it is, but I think I saw them.”

Ryan, the Ohio congressman, surprised her. Before Friday night, she thought he was “meh,” but that changed at Wing Ding.

“I like how he was able to read the crowd,” she said. Ryan spoke at length on the recent gun violence from the past weekend.

By the end of the night, she wanted to look harder at Buttigieg, but said if she had to vote for someone tomorrow, it probably would be Warren because of her long list of policy proposals.

Jerry Thorpe, of Mesa, Arizona, was vacationing here to attend the Wing Ding and Iowa State Fair in Des Moines.

“This is as good as any sporting event I’ve been to,” Thorpe said.

Buttigieg and Warren received standing ovations from the crowd, both as they entered the stage and exited.

Warren’s walkout song, Dolly Patton’s “9 to 5,” instantly was recognizable to the crowd and brought them to their feet 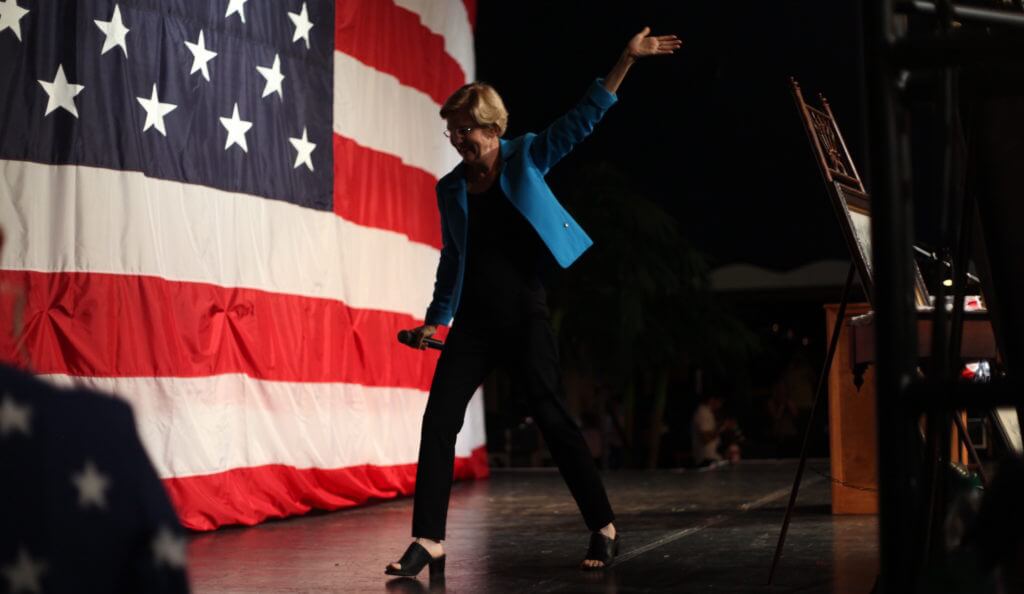 The presidential candidates, all competing for the attention of first-in-the-nation caucus-goers, largely relied on their go-to talking points at the Wing Ding. Some acknowledged the latest mass shootings in El Paso and Dayton, Ohio, that took 31 lives last week. Booker spent his entire speech on the violence, bringing the crowd to a hushed silence and finishing with an emotional call to action. 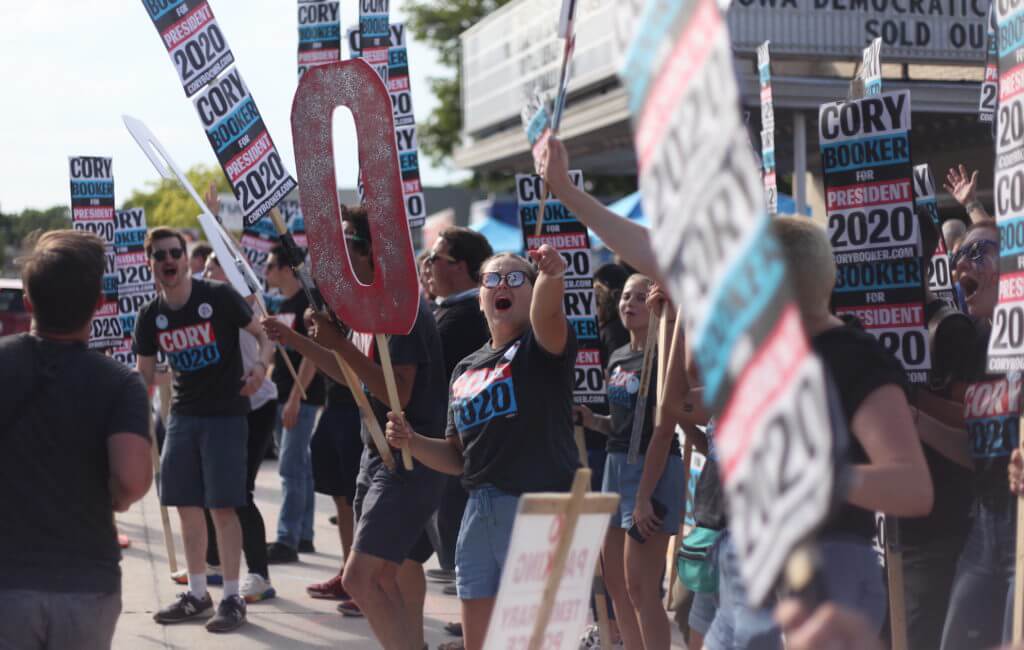 All took time out of their five minutes on stage to speak out against President Trump.

“We as Democrats might have our differences, but we all know the real opponent,” said Hickenlooper. “We know who that real opponent is and we cannot take our eyes off the prize.

“As much as we hate all his divisive, racist insults on our values, that’s not going to be enough to win,” the former Colorado governor said. “As much as you’re embarrassed and ashamed by his incoherent behavior on the world stage, insulting our allies, embracing our enemies, breaking all of our agreements — that’s not enough to win either.”

Trump won in 2016 on a promise to “bring back an economy that had worked for them,” Hickenlooper said.

“It was a lie, of course, but they believed him.”

Sen. Harris had a simple message for the president: “Dude gotta go.” 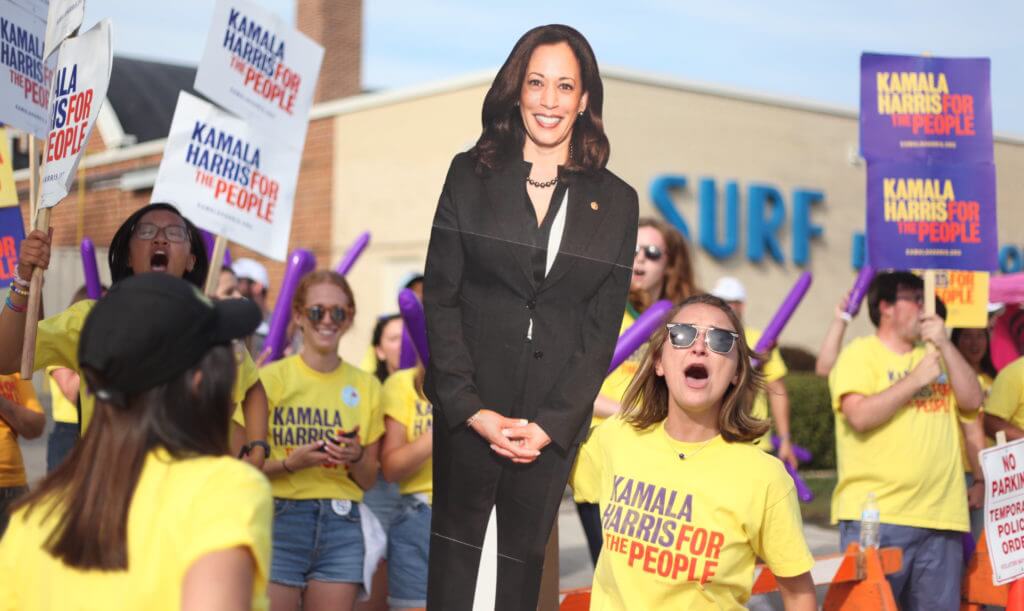 Former Vice President Biden, the last candidate to speak, had the attention of Ruthann Adams, here in Iowa to visit family in Mason City.

As the last candidate to speak — at a lengthy event that was mercifully ahead of schedule — Biden had the luxury of stretching his allotted five minutes to just over six.

Though he began with a somber tone, decrying Trump’s lack of “moral leadership,” he ended his remarks with enthusiasm.

“Donald Trump is an existential threat,” Biden exclaimed. “Nothing will happen, not a single thing can happen that we care about, unless we defeat Donald Trump.” 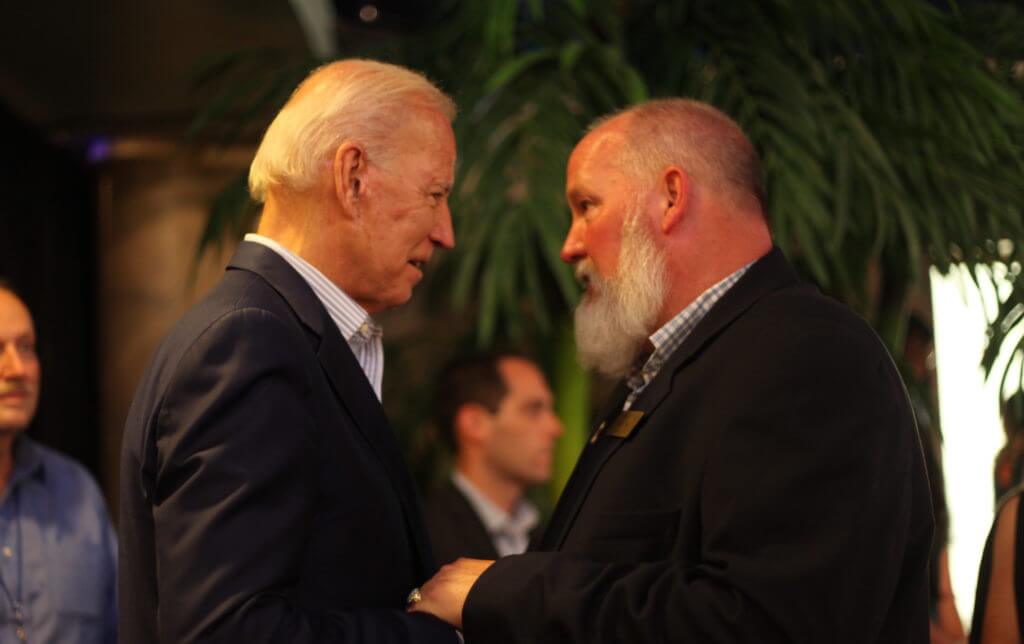 Though she remains undecided, Adams said Biden was her leading candidate.

“I think he, among the group, has the greatest potential of beating Trump,” said Adams. “He is a legacy in our country. He has served as Vice President and I think he is recognized and well known.”

Health care, Adams said, was a top-line issue candidates need to address on the campaign trail.

“I think it’s important for everyone to have that right and ability to be able to have health care,” Adams said, noting she was not a fan of the Medicare For All approach favored by some. “I don’t like anything that’s for all. I like having a choice in matters.”