Rallies and Q&A sessions with 2020 hopefuls, depending on the candidate, typically tend to skew like the Iowa electorate does: older. But with former Congressman Beto O’Rourke choosing Iowa State University as his first stop on his second swing through the state, there were more backpacks than canes in the crowd.

O’Rourke addressed the at-capacity audience, while keeping with his habit of wearing thematic baseball hats. He tackled some of the biggest issues students and young people care about: climate change and health care access, adding in his positions on immigration too.

Relative to President Donald Trump’s age, O’Rourke is young at just 46. He speaks students’ language, drawing laughs from the crowd at one point with a joke about expanding rural broadband access in order to help young people get dates on Tinder.

O’Rourke placed a lot of emphasis on health care. He said that when Americans don’t have access to it, they’re not healthy enough to do things like keep the family farm in the family, or stay in school, or even, as he did, “start a punk rock band and tour the country.”

“And we all lose out on the potential that was never realized,” O’Rourke added.

Opponents and critics of O’Rourke, including those in the media, have pointed out his perceived lack of policy details. Indeed, specifics and in-the-weeds proposals weren’t really the focus, so much as introducing his young campaign. But ISU sophomore Zack Johnson, who attended Wednesday’s event, isn’t phased by the criticism.

“I know he is perceived by the media, like the New York Times and FiveThirtyEight, as not being as policy-oriented as candidates like Elizabeth Warren, but I think he did a really good job of establishing himself and his policy views,” Johnson said. “I thought he approached issues from a moral standpoint, I really liked that. I liked the idealistic vibes that he gives off.”

Some of the idealistic vibes, per se, that O’Rourke deployed was him tying economics to immigration policy.

“When we invest in one another, when we include more people in the process, this country is better,” O’Rourke said. “Here’s a great opportunity for us – economic, social and otherwise: there are more than one million Dreamers in the United States of America, most of whom came to this country at a very tender age, English maybe the only language they speak. And yet those one million of our fellow Americans, who are just as American in any way that matters to me, as anyone else in this room, they’re not just the students in the classroom, which is the way a lot of us like to think about Dreamers. They’re often the teachers in the classroom.”

The immigration theme continued, as O’Rourke tied not only economics with immigration, but the growing threat of climate change too.

“If you’re worried about the apprehensions we have today, imagine what it will be like when there are some countries in this hemisphere that can no longer sustain human life,” O’Rourke said. “And that’s exactly the course that we’re on today.” 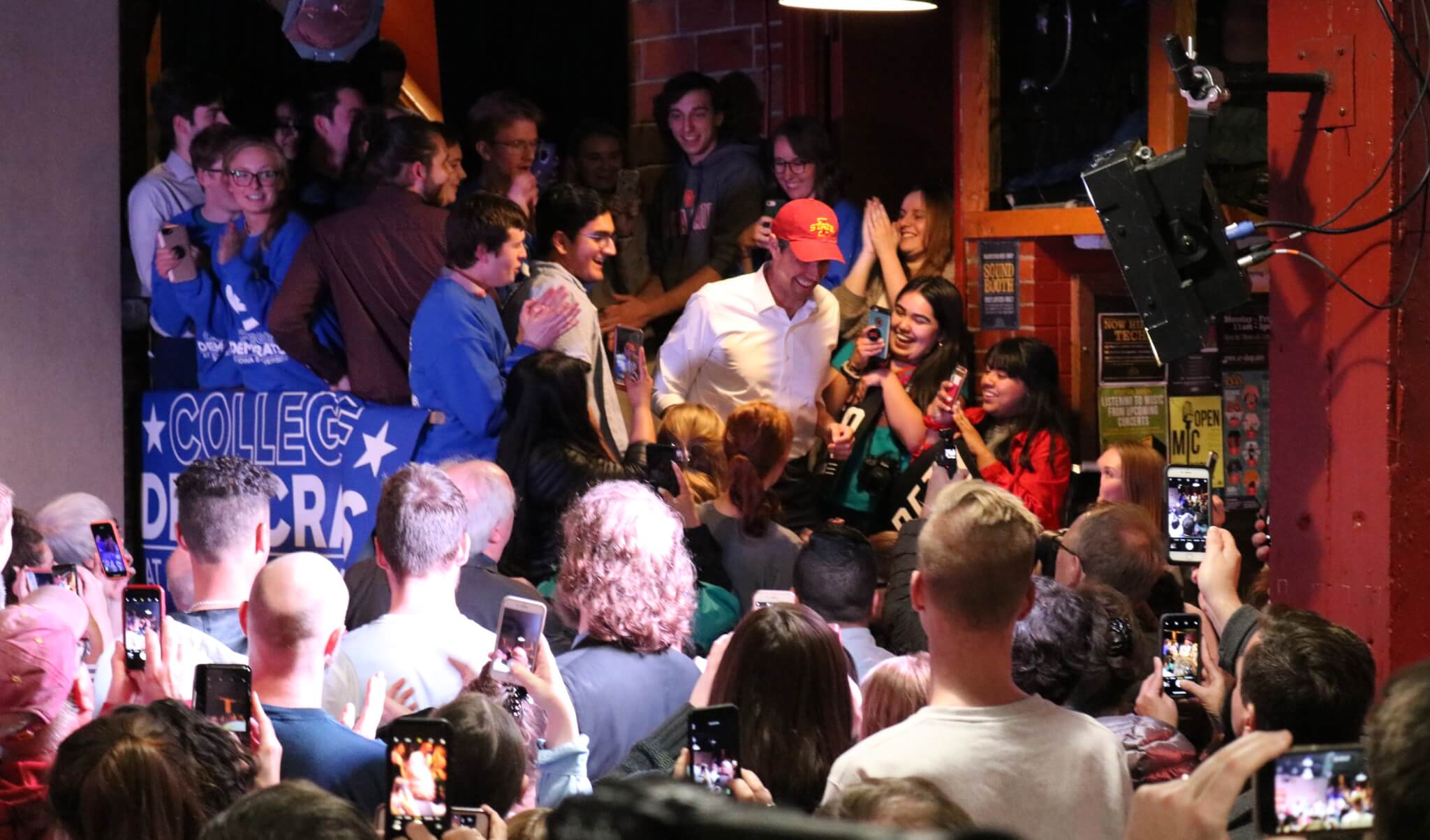 Across all of the political issues he discussed, O’Rourke’s speech overall resonated well with young voters in attendance.

Nick Treaster, a recent college graduate, moved to Ames just a few months ago from Texas. When in Texas, he voted for O’Rourke in his bid to defeat Senator Ted Cruz. Treaster said O’Rourke’s energy and willingness to come together will be what it takes to get new healthcare laws through Congress.

For others, like Angelica Parsons, 22, the issues are one thing – but she says the digital space plays a role in why young people like herself like the O’Rourke candidacy.

“I think a lot of it has to do with, in the past, campaigns weren’t run so much on the internet and social media, and this is our generation getting more involved,” Parsons said. “If I’m being honest, he isn’t my top pick, but that web design … my first thought was, ‘Bernie, you need to step up your game, because Beto’s website is way better.’”

Treaster figures O’Rourke’s youth appeal is all about what he has to offer for the next generation.

O’Rourke will wrap up his second swing through Iowa on April 7, at the University of Iowa.