The steady march of White House hopefuls visiting Iowa for the State Fair this past week and a half has finally ended. They got their corn dogs, made their speeches, did a few press hits and chatted with activists. But how many made a lasting impact on their chances for Democrats’ presidential nomination in 2020?

Iowans are used to early visits by out-of-state politicians with national ambitions, though this cycle got started particularly early. While several potential candidates were making their first appearance in Iowa this past week, already-candidate John Delaney was on his 14th journey to the lead-off caucus state. And this last trip marked an important milestone for the Maryland congressman: he completed his 99 county tour of Iowa.

Delaney finished up his statewide effort last weekend out west in Carroll, Iowa at a Pizza Ranch, an old standby meeting spot for presidential candidates. For the final, five-day leg of his tour he rolled out his new campaign bus, which attendees at each of his events happily posed in front of for photos. 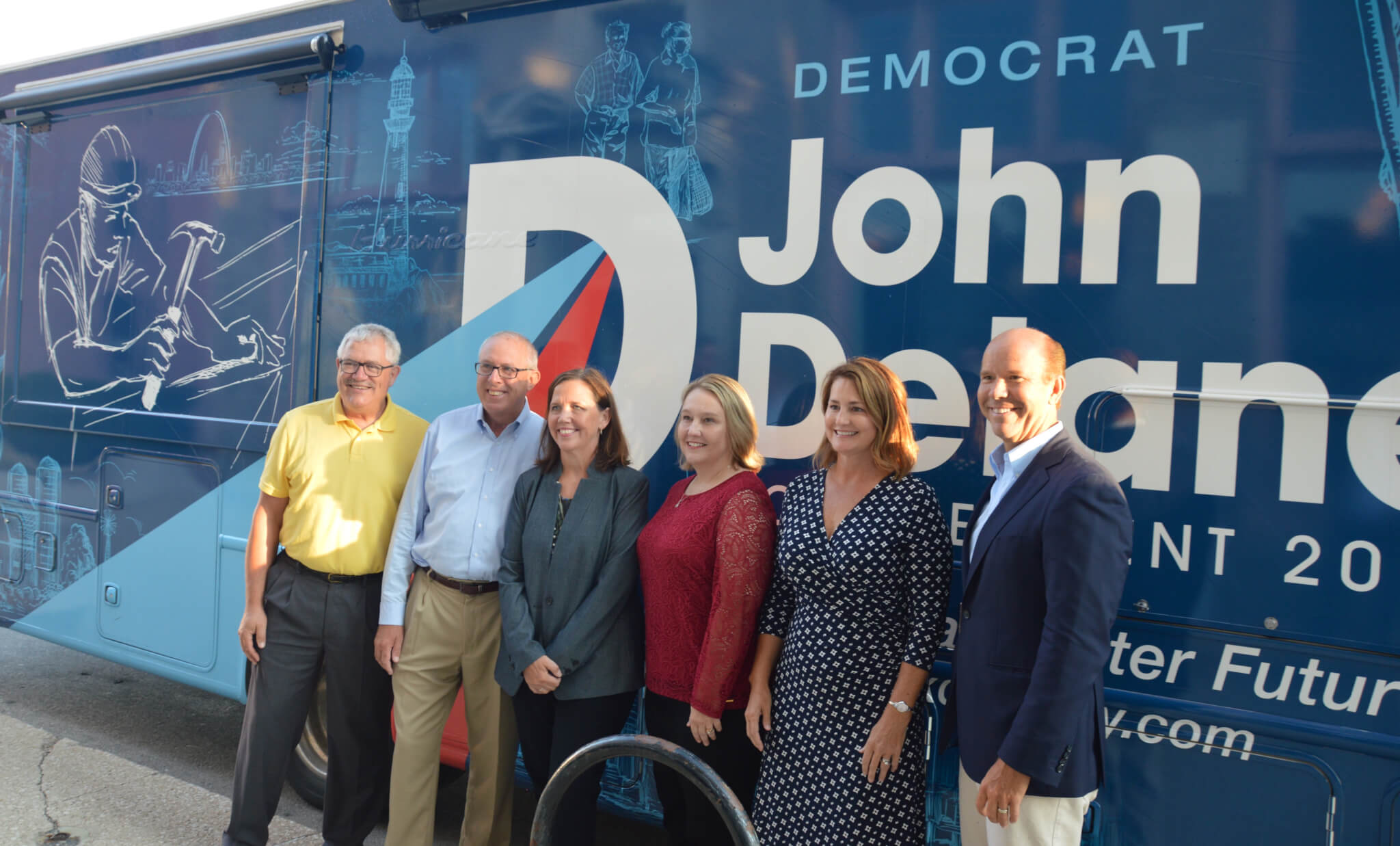 It felt like a trip at the height of caucus season, with surprisingly strong turnouts in small, rural communities to see the little-known congressman who is already airing TV ads. Some reporters like to call these 99-county trips “The Full Grassley,” though Delaney’s events were all open to public, something that is not the case with Senator Chuck Grassley.

But in the age of Trump, celebrity candidates and social media-fueled movements, does the traditional 99 county tour still matter?

I think it does for two major reasons.

For starters, the Democratic Party in Iowa is seeking answers in how to win back or at least better compete in the rural counties that Hillary Clinton got blown out in here in 2016 (and that Barack Obama won not too many years ago). You can’t figure out the solution if you don’t show up and listen. Delaney made that point clear at his events.

There was a time shortly after the 2016 election disaster that the national discussion among Democrats was whether states like Iowa were lost causes. Could the party still appeal to a mostly-white, older electorate? It was a foolish argument, considering that writing off an entire swath of the country like the party has for the Deep South would make winning the electoral college near impossible. It also was a false choice, as if the party couldn’t find new voters to turn out or couldn’t still message effectively to the many of the same people that Obama won literally four years previous.

“I’m more convinced than ever that Democrats can win in places we’ve been ignoring, but we have to have a message that resonates with people’s pocketbook,” Delaney told Starting Line. “We gotta be talking about their jobs, their pay, healthcare, education, opportunity for their kids. Things that really matter in their lives. We’ve got to get back to being the party of the working families.” 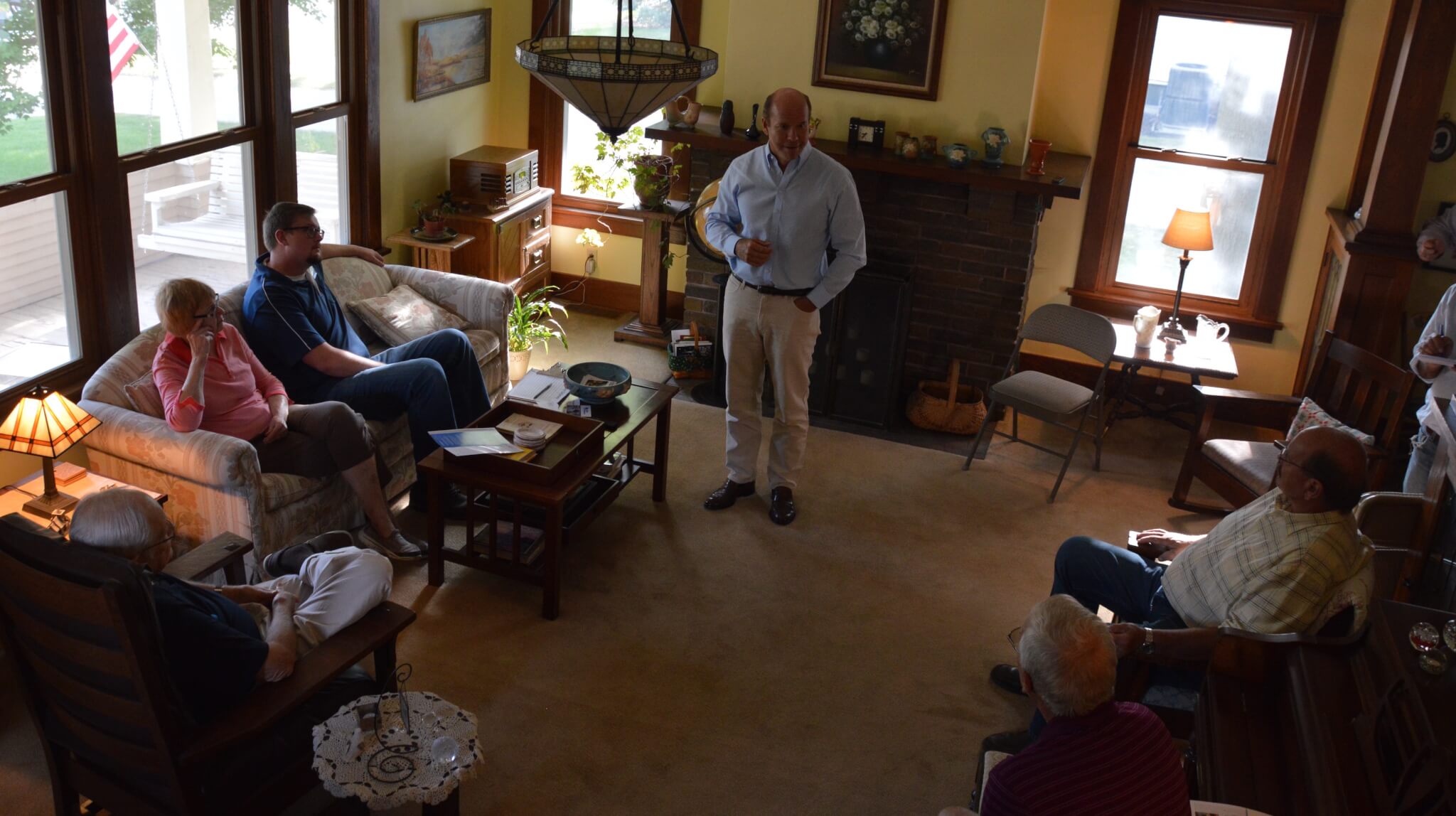 The kind of voters that the party lost in Iowa are exactly the type that Democrats need to figure out a way to win back if they’re to turn Pennsylvania, Ohio, Michigan, Wisconsin and – yes – Iowa blue again in 2020. And visiting the places where those people live is crucial to that. In doing so, presidential candidates (and the national press) may discover that not every voter made their choice in 2016 for the same reason that Twitter activists insist they did.

Aside from that, putting in the legwork to cover all of Iowa’s 99 counties will pay off in the 2020 Iowa Caucus. It doesn’t mean those candidates will win it, but it will give them an important advantage, especially with how the field is developing.

It’s entirely possible Democrats have as many as two dozen people seeking the nomination. Some, like Michael Avenatti, may unexpectedly rise in the ranks thanks to being media savvy. Others, like Kamala Harris, may win converts through excitement for the historic nature of their candidacy and high-profile positions in Congress. But many will just be trying to get into consideration among caucus-goers. 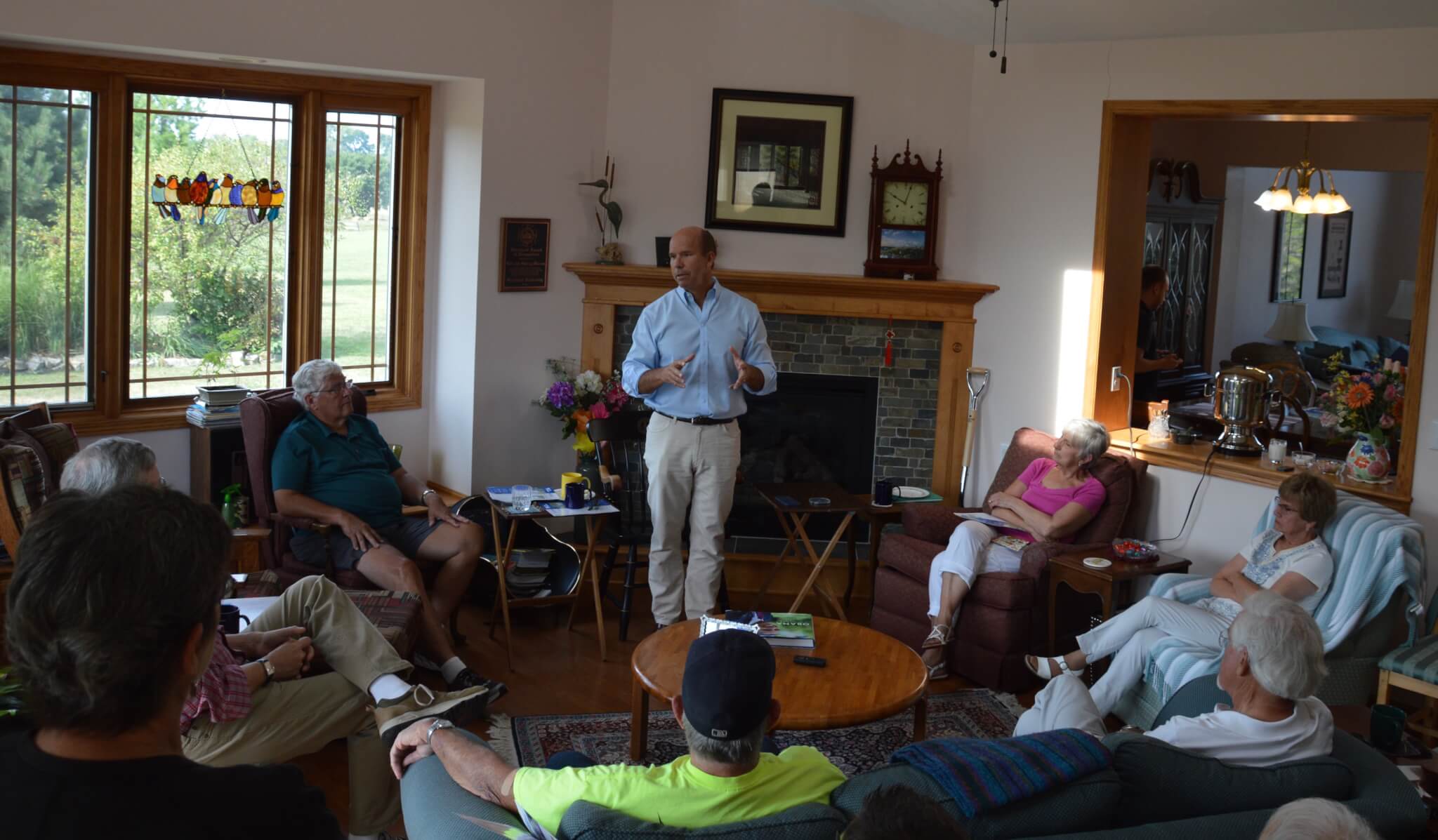 It’s been interesting watching as the 2020 hopefuls come into Iowa the past several months. As a friend of mine commented at a Democratic gathering on Saturday, “These presidential candidates are traveling a well-worn trail. Literally, a well-worn trail as they’re walking into the exact same rooms over and over.”

Indeed, as these folks come into Iowa, they’re largely talking to the same group of about 250 activists in Des Moines and 100 or so in Iowa City and Cedar Rapids each. Many visit the exact same organizations and pitch their message at the exact same union halls and coffee shops.

There’s a reason for doing so, of course, as these grass-top activists like to get plugged in early to caucus campaigning and can mobilize their networks for candidates. But there’s been nearly a dozen potential presidential candidates who have spoken at the Asian & Latino Coalition this past year. It’s a large group, but each 2020 contender will only grab a small slice of that crowd.

Meanwhile, Delaney is digging into that second and third tier of activists out in the Iowa hinterland. He’s making connections with rank-and-file party volunteers in places like Lamoni, Grundy Center and Estherville a year before some of these other White House hopefuls will show up in their counties (if they do at all).

Iowa may be regarded politically as Trump country, but some people forget that Ted Cruz won the Iowa Caucus largely thanks to his huge organization of precinct captains and volunteers around the state. Rick Santorum and Mike Huckabee carried the caucus in similar ways in other large fields.

Considering none of those Republicans went on to win the nomination, that may not be the most encouraging example. But what’s important from those years is that these lesser-known candidates (Santorum and Huckabee were very much the underdogs in those years) used an Iowa Caucus win to put them into top contention with the front-runner. Obama used it to catapult himself to the nomination, though he had some extra things going for him.

Yes, the media circus of 2020 may overshadow a lot of the hard work that some of the Democrats put into the ground game. And national excitement for some candidates may help them sweep up support even in counties they haven’t campaigned extensively in. But personal relationships still matter in the Iowa Caucus, and all of those personal touches from a candidate do slowly build up and ensures you have loyal people – ones who won’t get swayed by the latest news cycle – in your corner on caucus night. Plus, what exactly is the alternative?

Traveling to all of Iowa’s 99 counties is still very much a smart strategy to getting into contention on caucus night. And that’s what’s important here: being in contention. With a huge field of Democrats likely to run in 2020, the race will likely take many wild and unexpected turns. People who look like they could be also-rans now may suddenly find themselves near the top of the pack. But that will only last if they’ve put in the work to build the organization needed to win a key early state.

In contention is exactly where Delaney, an otherwise little-known congressman running on a pragmatic platform, has placed himself a year and a half out from the Iowa Caucus.