State Senator Rick Bertrand kicks off his third campaign for the Sioux City Iowa Senate seat by breaking a promise from his first: to not seek a third term.

That old pledge went out the window today as Bertrand reversed course from earlier in the year and was confirmed as the party’s nominee at a special convention this evening. Bertrand passed on another run earlier in the year, holding out on a decision until just before the filing deadline to make things more difficult for the Republican leadership he had repeatedly clashed with.

Republican Steven Stokes filed his paperwork to run on the last possible day in March, but ran a lackluster campaign and dropped out last week.

Meanwhile, Democrats continued to have a strong candidate in former county supervisor Jackie Smith. She had over $26,000 in her campaign account in the July filing period and has a large volunteer network in Woodbury County. She lost a reelection race for her supervisor seat in 2016, but in that loss she still carried the part of the district that makes up Senate District 7. The district covers most of Sioux City except the Morningside neighborhoods. 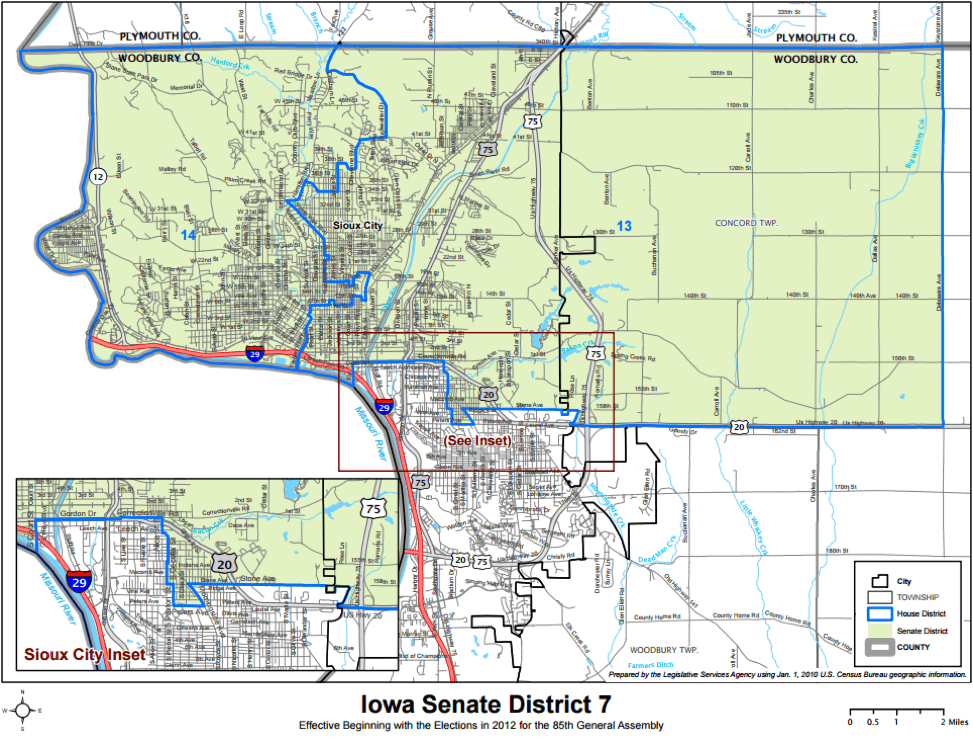 Thanks to Smith’s strong campaign, this looked like a guaranteed pick-up for Democrats earlier in the year. Registered Democrats outnumber registered Republicans here 11,139 to 9,109, though Sioux City has several low-turnout, Democratic-leaning precincts that struggle in non-presidential years. Donald Trump won in 49% to 44%, one of his smaller victories in Republican-held seats. Both House seats within the Senate district are held by Democrats.

Bertrand’s entrance into the race makes it tougher for Democrats, but Smith should still be favored. It will, however, likely cause Democrats to spend more financial resources here than they would have otherwise, meaning there could be less for other races around the state. An incumbent is always a challenge to defeat, and Bertrand is a tough campaigner, especially in the closing months of a race.

But he will also have to answer for his large number of missed votes from the Senate this past year, as well as his previous pledge to only serve two terms. Bertrand’s frequent absence on the Senate floor suggested to a lot of Statehouse watchers that he wasn’t interested in serving there anymore. And his very public fights with Senate Republican leadership kept him on the outs with his own party. Now that Bill Dix is no longer there, whose swift resignation Bertrand described as “karma,” perhaps Bertrand feels a little more welcome.

It may also have been a little telling that Bertrand had not completely made up his mind earlier this year when he said he wouldn’t run. He had just under $24,000 in his campaign account the last time he reported in the May finance period.