Iowans gathered in a Statehouse conference room this morning to sound off in front of legislators about another year of deep budget cuts implemented by the Republican majority. Half of the speakers at the public hearing were college students from one of the three regent universities.

At issue was Republicans’ Senate File 2117, which cuts about $34 million from the current fiscal year to address the continuing revenue shortfalls. Democrats have assailed runaway tax credit programs and tax cuts as causing the budget problems.

The largest mid-year budget cuts come from higher education. $14.56 million was originally planned to be slashed from the Board of Regents, but a House amendment under consideration lowered that to $8.1 million, specifically exempting the University of Northern Iowa from the reductions. A $10 million transfer from the Iowa Skilled Worker And Job Creator Fund is also included, as is a $6.2 million cut to the Department of Human Services and a $3.4 million reduction for the Department of Corrections.

“Our university’s reputation and credibility are being threatened by this negligence,” warned Iowa State University Student Body Vice President Cody Smith. “As Iowans, these cuts’ impacts should concern us all. They should concern anyone, including you, our legislators.”

Another student from ISU, Kody Olson, told the group of about a dozen legislators that his sister was graduating from high school this year and hoped to join him at the university, but was worried about rising tuition.

“I don’t know if she can afford to be a Cyclone,” Olson said. “We grew up below the poverty line and I have paid my own way through college. I was fortunate to receive scholarships and financial aid through state and federal programs. Even so, there was never a semester where I went without worrying about having enough money to pay for my house bill or to get books I need for school.” 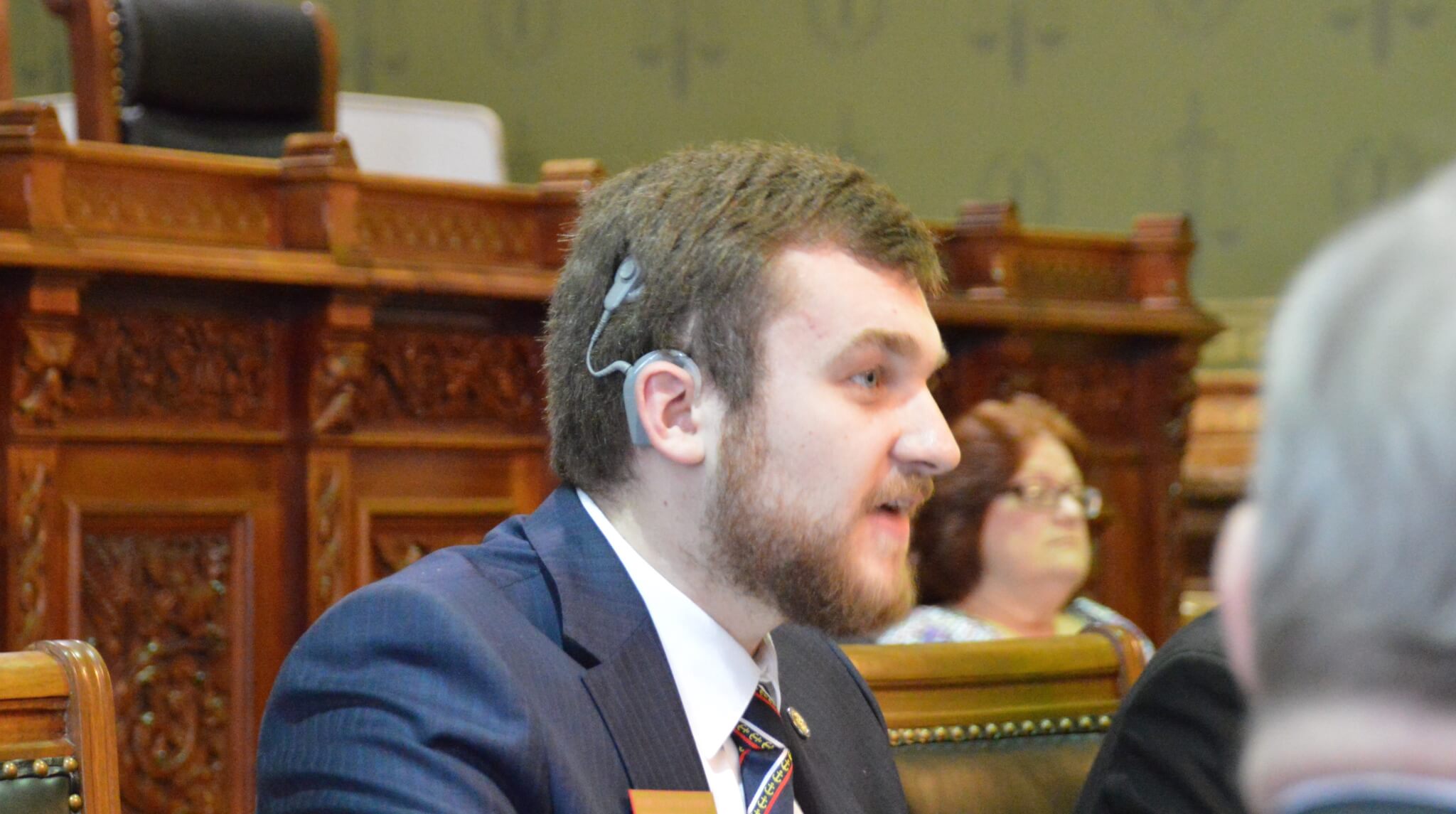 He added that many of his friends weren’t sure if they would be able to afford the ongoing tuition hikes. ISU President Wendy Wintersteen predicted earlier this year that the university would implement a 3.5% tuition increase for the next school year, even though school officials have suggested a 7% number with the lack of state funding.

“I had a sick feeling in my stomach when the Iowa Senate announced that $14.5 million in de-appropriations from the Iowa Regent Universities,” Olson continued. “Many students are already second-guessing their ability to complete school. Your proposal may be the final nail in the coffin. Please invest in the future of our state and place higher education at the top of your list.”

Many of the student speakers brought up Iowa’s history of being known for educational excellence. Aside from their own personal situation in school, they worried the state would begin losing young people and draw less interest from out-of-state students. 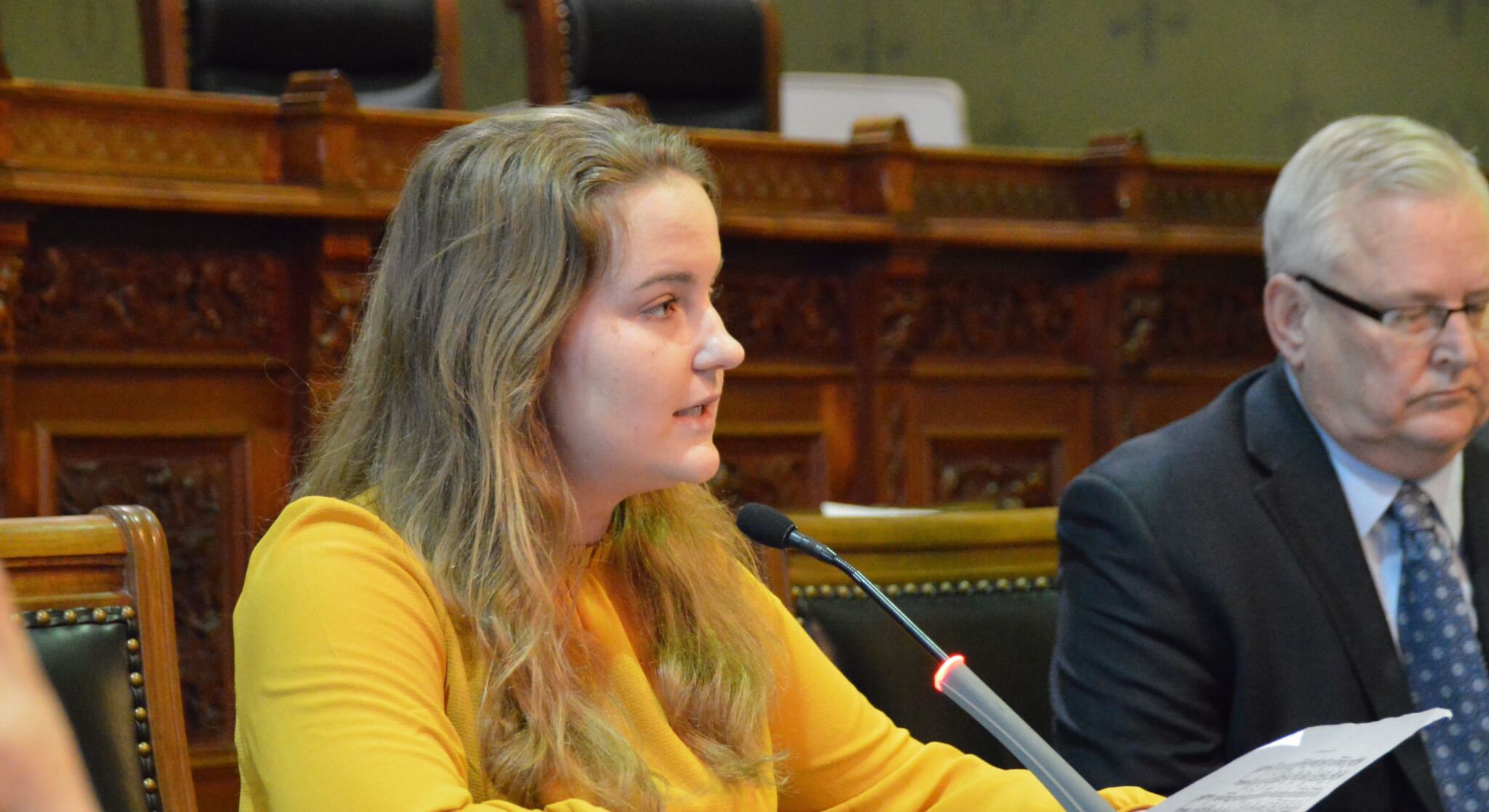 “This is the most fiscally irresponsible thing this Republican-led, single-party state government can do,” Martinez said. “These budget cuts don’t make Iowa universities more effective organizations. These budget cuts force students and their families to max out financial aid options.” 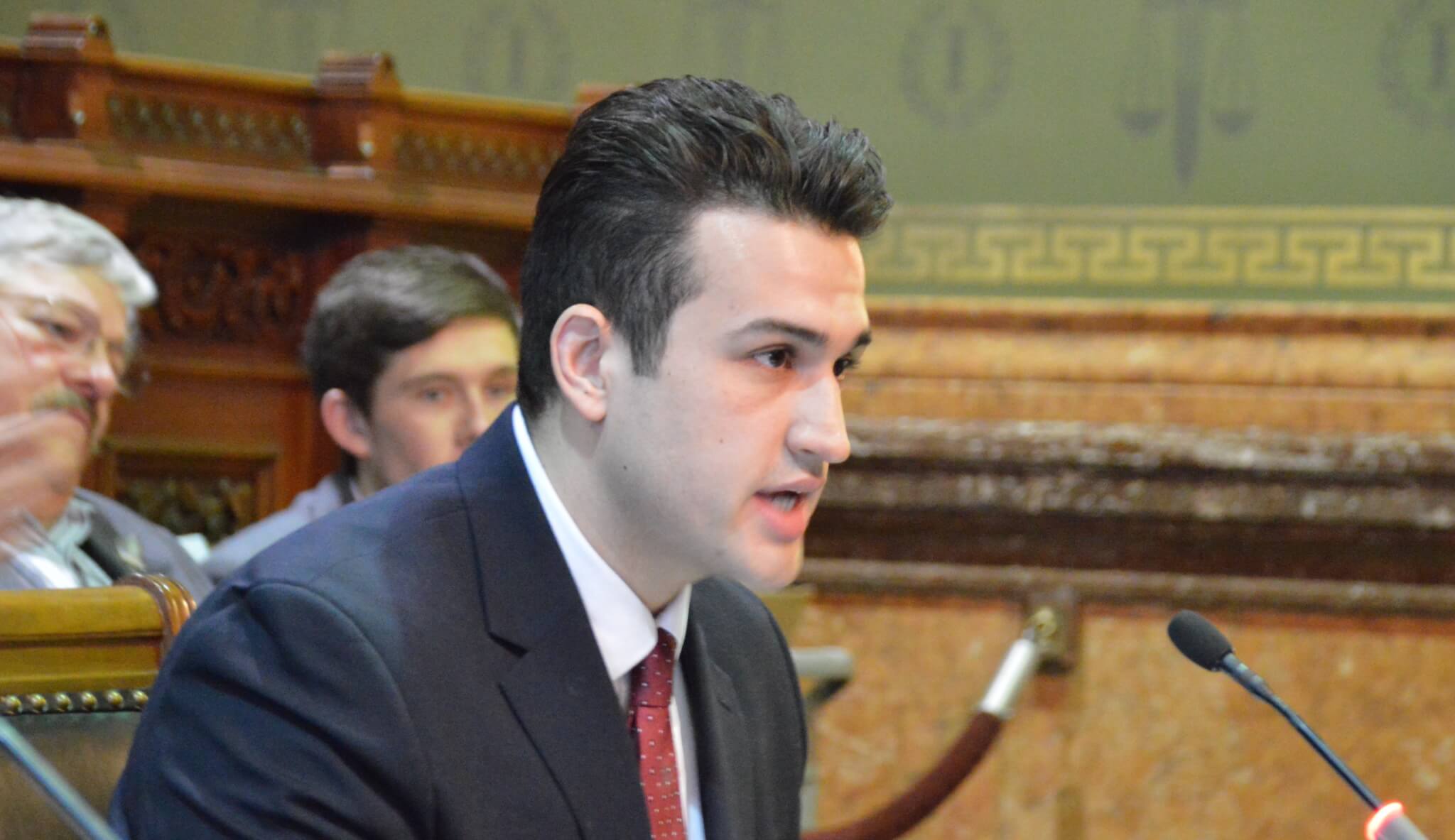 Many students from UNI spoke during the hearing – the university also had a “day on the hill” event at the Statehouse, with the Rotunda filled with purple-clad students and teachers.

Maggie Miller, a UNI student and director of their government relations effort, thanked the legislators for the amendment that “held harmless” UNI in the budget cuts.

“When you’re investing in UNI, your money is going to good use,” Miller explained, detailing how the university was a good steward of taxpayer money. “We receive lower aid and our tuition is much higher. This is going to make it hard for UNI to compete with the other universities and may potentially take talent out of our state. Our faculty, students and staff are worth the investment.” 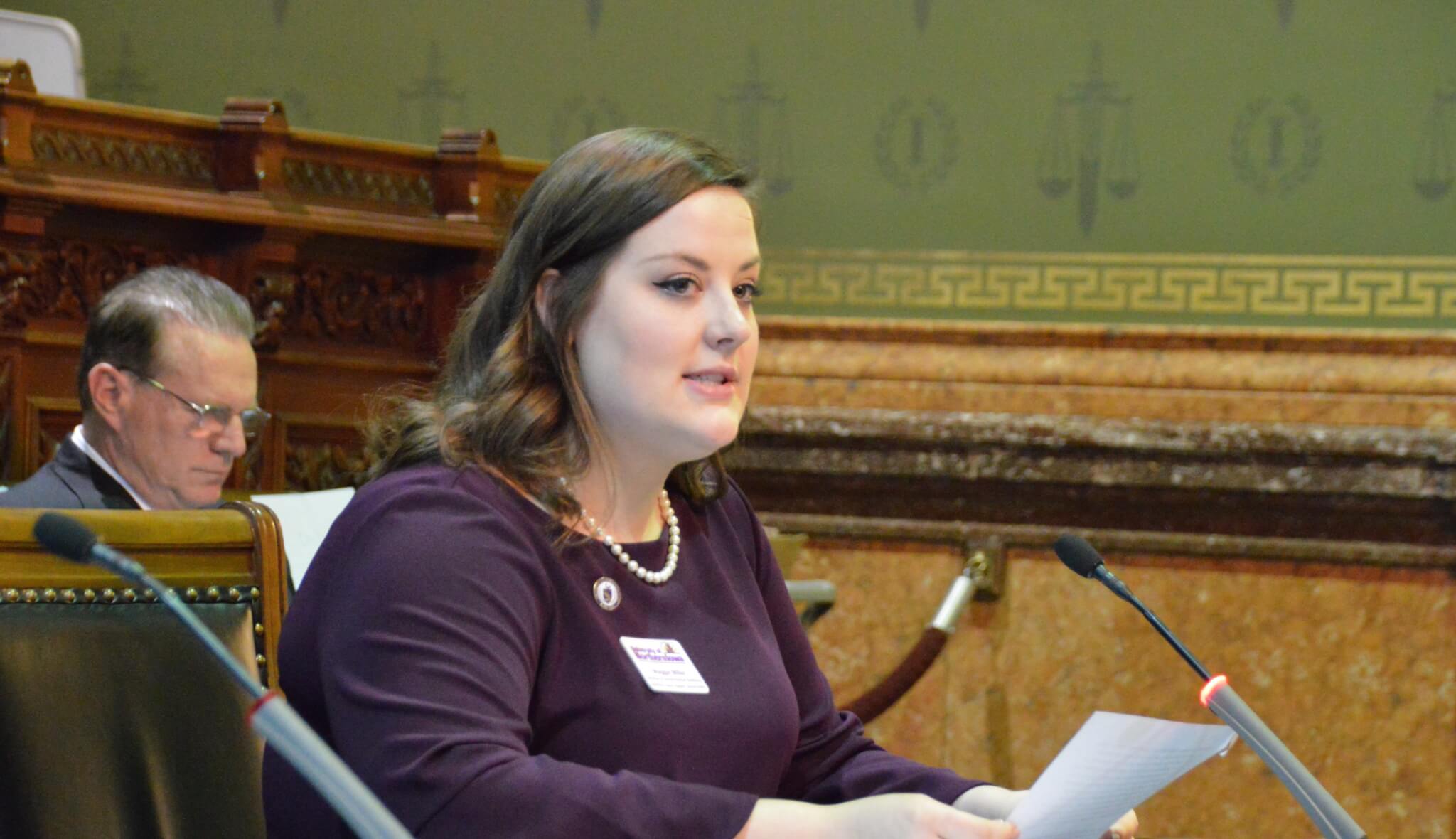 UNI Student Body Vice President Tristan Bernhard also expressed his appreciation for the exemption for the university, but worried what the future would hold for higher education in Iowa.

“For how long can these cuts be stomached before amazing educational experiences we deliver are no longer recognizable?” Bernhard questioned. “I have seen some of the best educators in the world come out of UNI’s teacher ed program … Many of these excellent educators will face significant financial challenges upon leaving the institution and working on a teacher’s salary.”

The House and Senate are still attempting to work out the differences between their two budget de-appropriation bills.