Kim Reynolds gave the most important speech of her young term as Iowa’s first female governor, presenting the Condition of the State at the Capitol this morning. The Statehouse was packed with both supporters of the Republican governor and plenty of protesters and activists unhappy with the GOP-run legislature’s plans for 2018.

Overall, it was a well-delivered speech that seemed to effectively introduce Reynolds’ personal life story to Iowans who might still be unfamiliar with her. She worked in references to her own history with drinking problems when talking about opioid addictions, and talked about how she finally got her college degree at age 57 as she promoted workforce training.

Several moments stood out, including a long section where she addressed sexual harassment problems at the Statehouse and beyond, though she noted that “it can’t be fixed by legislation or rule-making alone.” She also directly addressed the ongoing problems with the state’s privatized Medicaid system.

“I still believe managed care is the right decision for Iowa, but it has become very clear that mistakes were made in how it was done,” she said. “Shortly after being sworn is as Governor, I took deliberate action to make a change. I hired a new director for the Department of Human Services, who has the passion, and — most importantly — the compassion to make this work.”

Democrats’ reaction to the speech was largely consistent: Reynolds said lots of positive things about issues both parties cared about, but there was doubt whether there’d be any actions behind those words.

“When we talk about things that we can do to enhance the quality of life for Iowans, what we were missing in the message was action to do just that,” Senator Nate Boulton said in a short speech and press conference following Reynolds’ address. “We saw ideas on water quality, calling it a monumental proposal. What we want in water quality is monumental results … When we talk about Medicaid, it’s good to admit that mistakes were made, but the primary mistake that was made in this system was switching into this private managed care in the first place.” 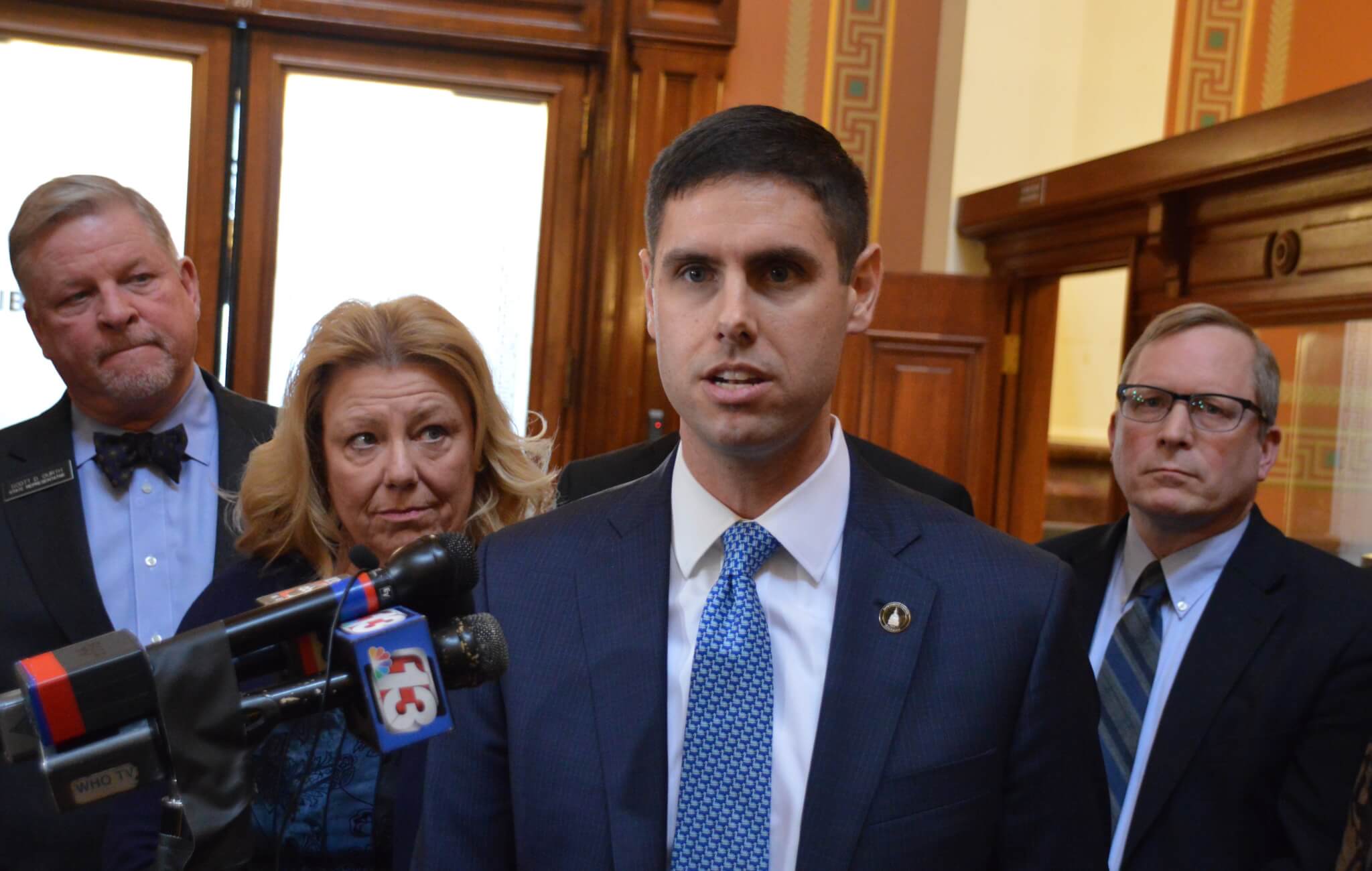 While Boulton sat in the chamber as Reynolds spoke, he wasn’t the only gubernatorial candidate looking to replace the incumbent that was at the Statehouse. Cathy Glasson joined members of Citizens for Community Improvement for some rallies before and after the Condition of the State. The activists focused their message to Reynolds, who they chanted at as she walked back to her office, around $15/hour minimum wage and stronger unions.

“It sounded really nice, very cordial,” Glasson said of Reynolds’ speech. “Underneath it all, if you dig a little deeper, a lot of what she said that people need to work harder – Iowans are working hard, they’re working two or three jobs to make ends meet … The unemployment rate may be low, but the misery index for families is really high in this state.” 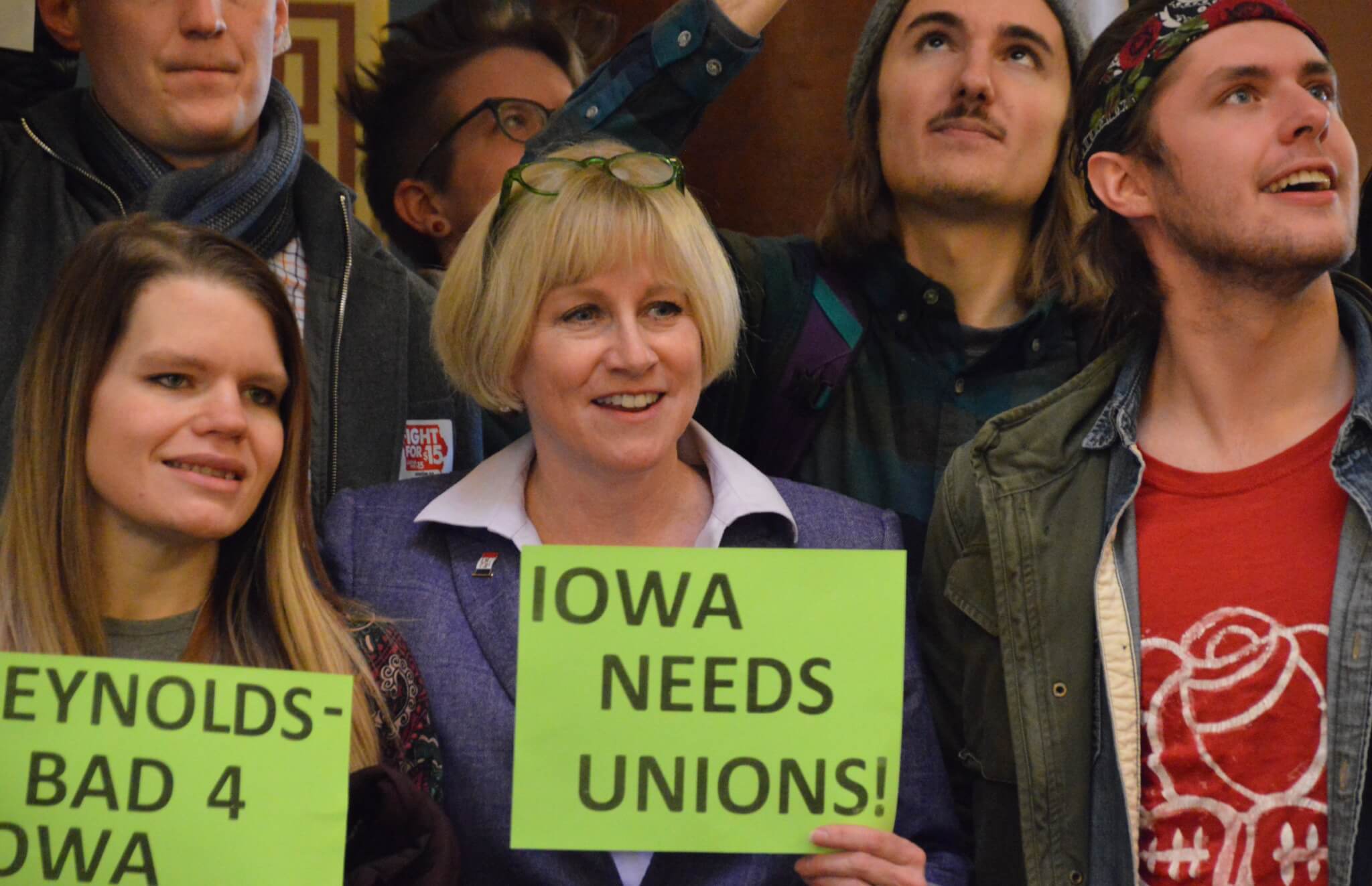 Like many other Democrats, Glasson sounded notes of skepticism over Republicans’ biggest plans of the years, including a water quality measure that they hope to pass early on in the session.

“What I think will happen is they’ll probably appropriate some funds to do some water quality, but it’ll be voluntary and it won’t be monitored, it won’t be regulated, and we won’t get any better water quality in Iowa and the Gulf dead zone will increase,” she said. 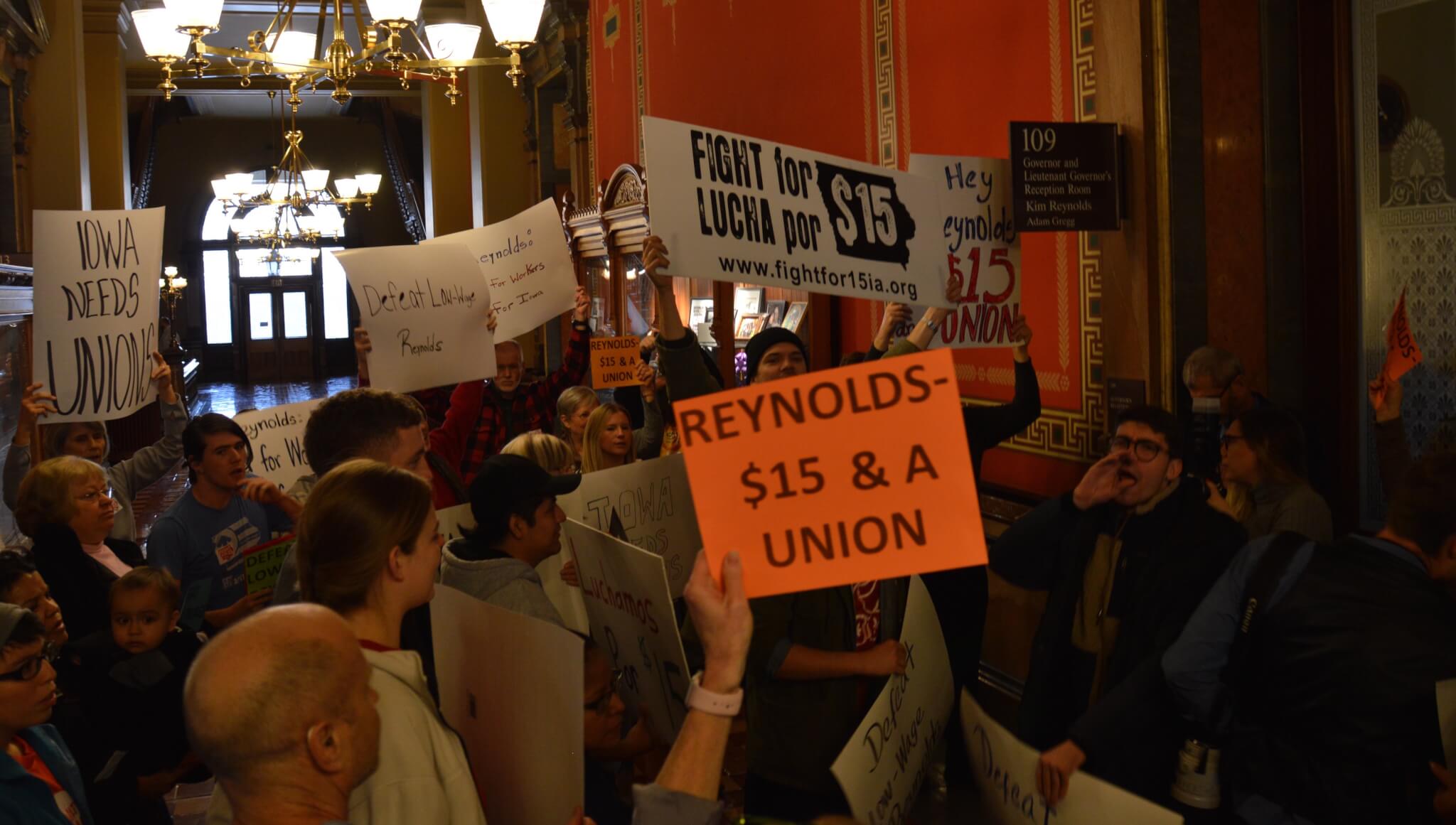 The one priority that everyone is certain that Republicans will act upon in full force is tax cuts and reform. Reynolds did say in her speech that corporate tax cuts will not be on her agenda for this year, but other cuts and changes to pair Iowa tax reductions with the federal law are still in play. Other Democratic candidates on hand at the Statehouse for federal office saw the same mistakes made in Congress are now coming to the state level.

“The Iowa plan looks like it was written by The Tax Foundation, which is just a facade for the Koch Brothers,” said Austin Frerick, candidate for the 3rd District who joined the CCI rally. “The Financial Times alone estimated that Apple saves $74 billion, and Kim Reynolds gives them that huge tax incentive for Waukee, yet the Apple store in Waukee pays more people.”

Progressive groups also brought their own members and Iowa citizens to the Statehouse to issue their concerns on the direction of the 2018 session. Like last year, it’s expected that the Capitol will see large protests, and there already seems to be an uptick in grassroots interest in another Republican-run legislative year. Some teachers were on hand Tuesday to sound their concern on education funding – Reynolds’ proposed $54 million in increased funds for K-12 schools, which would be a 1.5% increase, the fifth lowest amount in the past four decades.

“When I was a student, all Iowans were proud of their public schools and educating students was a priority,” said retired elementary school teacher Jean Swenson at a press conference. “Recently, we’ve begun to balance the budget on the backs of our students. Governor Reynolds prides herself on the wonderful STEM work that’s being done in Iowa’s K-12 schools, but she fails to understand the cutting edge can happen when inadequate funding does happen.” 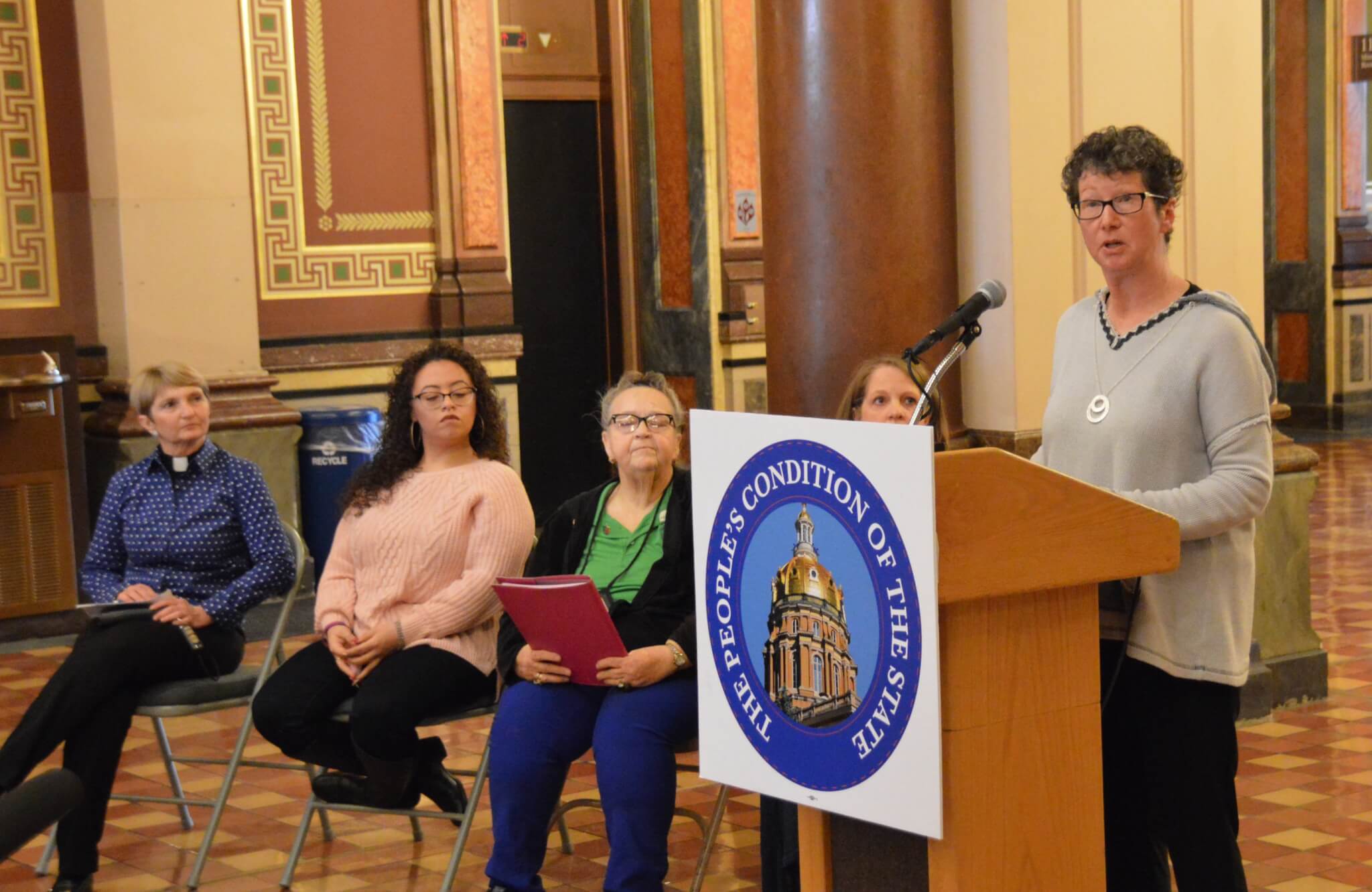 2 Comments on "Reynolds Reaction: Nice Words, But Doubts Over Action"