At stake is health care access for millions, including people with pre-existing conditions. Surely these would be at the top of any list of concerns about Cassidy-Graham.

Senator Chuck Grassley of Iowa has made the point himself: The Cassidy-Graham bill to repeal the Affordable Care Act (ACA) has many deficiencies. “I could maybe give you 10 reasons why this bill should not be considered,” he told Iowa reporters.

So, let’s look at some of the reasons, on the merits, why people might have concerns about Cassidy-Graham.

The data shows that Iowa’s uninsured population has dropped with the advent of the ACA, or Obamacare. Census data show uninsurance in Iowa dropped by nearly half in just three years, by about 116,000 — from 8.1 percent uninsured in 2013 to 4.3 percent in 2016. 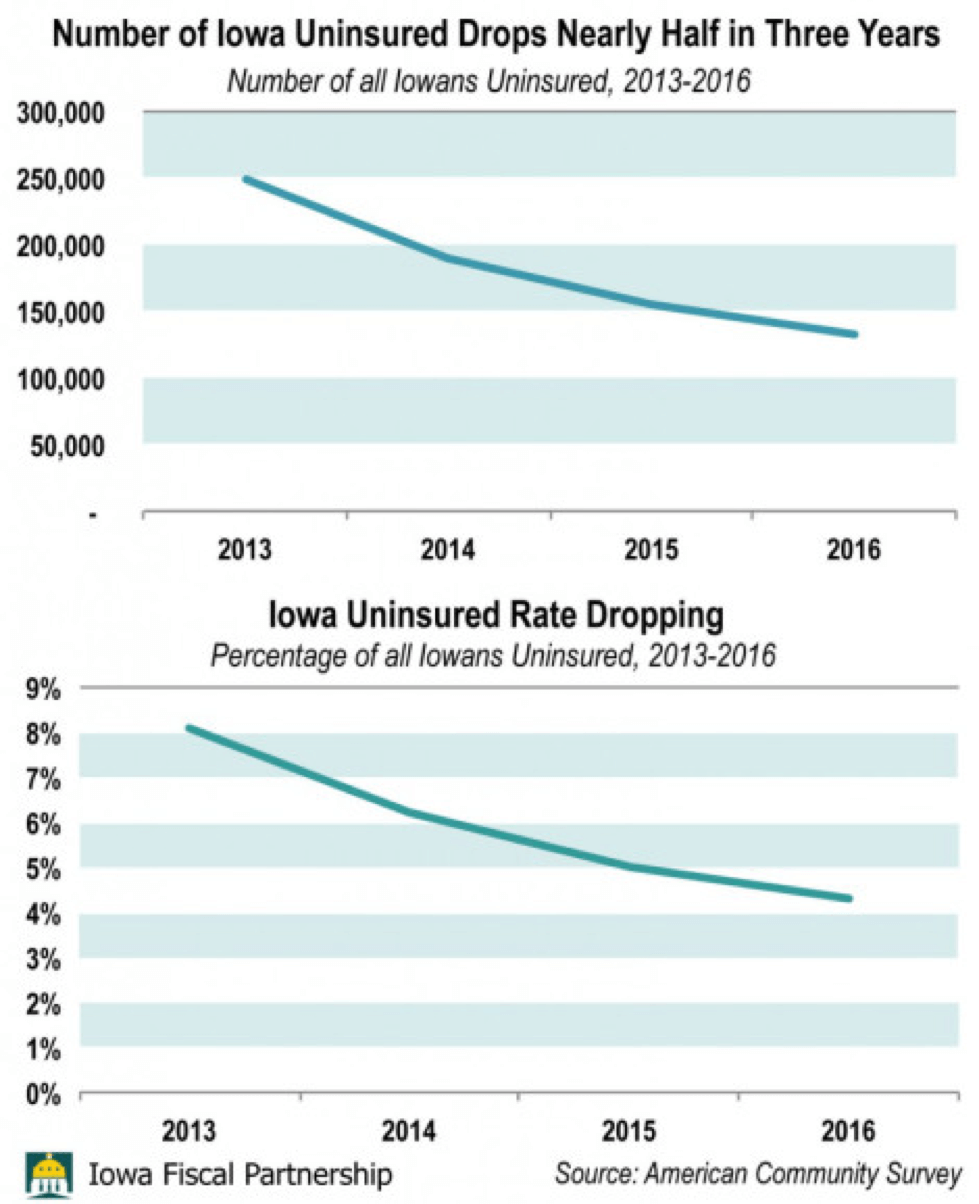 So, this is a good start on why Iowans might be concerned about Cassidy-Graham — a last-ditch effort to rush into law radical changes in the way millions nationally and over 100,000 in Iowa gained access to health care in just three years.

We invite Senator Grassley to add to the list and get us to the full 10 reasons he suggested that might cause concerns about this bill.

Or better yet, maybe together in a deliberative process that involves everyone, we can come up with a list of 10 things that any health care policy should address.

Surely the list would include insuring more people, assuring more with practical access to health care when they need it, improving public health and reducing costs. We invite Senator Grassley to that discussion.

4 Comments on "About Those 10 Reasons On Cassidy-Graham, Senator Grassley"