Iowa Republican Congressman Rod Blum had to look directly into the face of one of his constituents who might get hurt the most by the recent AHCA vote at his Cedar Rapids forum last night. Dale Todd, a well-known local businessman and political advocate, brought his son Adam, who has Lennox-Gastaut epilepsy and autism, up to ask Blum a question after his name was drawn.

Standing in front of around 1,200 residents of Blum’s 1st District in the Kirkwood Community College gymnasium, Todd explained how his son relies on Medicaid assistance.

“Adam has epilepsy, a very rare disease,” Todd told Blum with Adam at his side. “He’s on Medicaid. He’ll be on Medicaid all his life. My understanding is you’re one of the members of the Freedom Caucus. The bill went back – you guys sort of wanted to make sure that there was more cut out of the bill. His nurse at school is paid for with Medicaid dollars … You take $880 billion out of that Medicaid program and it now allows states to put caps on. The reasons why we don’t give states ability to do waivers – and I’m going to take some liberty with this – it’s my belief that if we allowed states to have waivers during the civil rights movement, we’d have people not be allowed to vote.”

Todd finished his question by asking Blum where his motivation comes from to pass cuts that impact people with special needs.

“Adam will not be negatively impacted under this bill,” Blum responded. “There’s three groups of people in this country that we must take care of … First of all, senior citizens who play by the rules, paid their taxes, we need to make sure social security and Medicare is there for them. Second, our veterans, some of who have sacrificed their life for our country. Third is people with special needs. They’re at the top of the list in my book. We should never, ever cut a dollar of something like that, ever.”

The crowd erupted at that, shouting that Blum had made those cuts with his AHCA vote.

“You voted that way!” one woman shouted from the stands, as hundreds of red disagree signs waved. 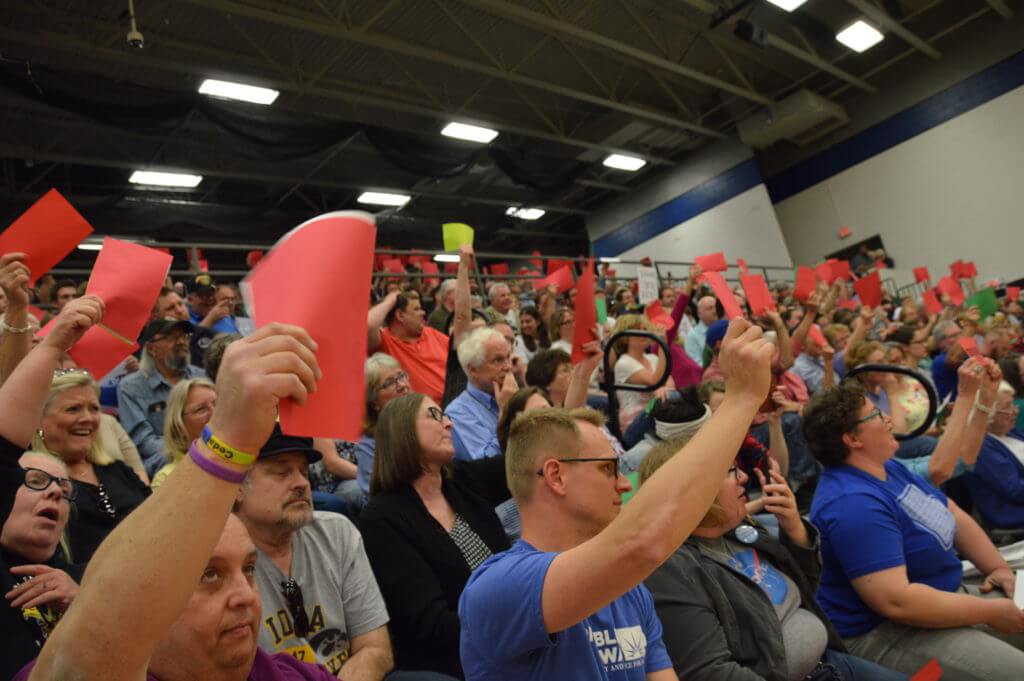 Many news outlets reported during the rushed revised version of AHCA that special education for special needs children would face cuts from the $880 million Medicaid reduction in the new bill. States wouldn’t have to consider schools as Medicaid providers anymore, and many schools would have to compete with hospitals for that funding due to how the new law would shift some responsibilities to states.

Todd explains that his son Adam is on four different pills, some of which the school nurse gives him during the day. Medicaid pays for those pills and helps pay for the staff. Adam also receives special education classes at school and after-school services.

He noted that he’s gotten many messages from people after Blum’s forum, many of which can’t believe that Blum made the claim that he did.

“He couldn’t come out and say that these cuts are not going to impact a kid like Adam,” Todd told Starting Line the morning after the event. “But he tried to personalize it and say kids like Adam aren’t going to get hurt. That simply doesn’t mesh with what doctors, hospitals, service providers and those people who deal with people like Adam on a daily basis are saying.”

Todd says he’s had better working relationships with his member of Congress in the past, including former moderate Republican Jim Leach. He hopes to eventually build up that dialogue with Blum so the congressman realizes the effects his votes are having on constituents. 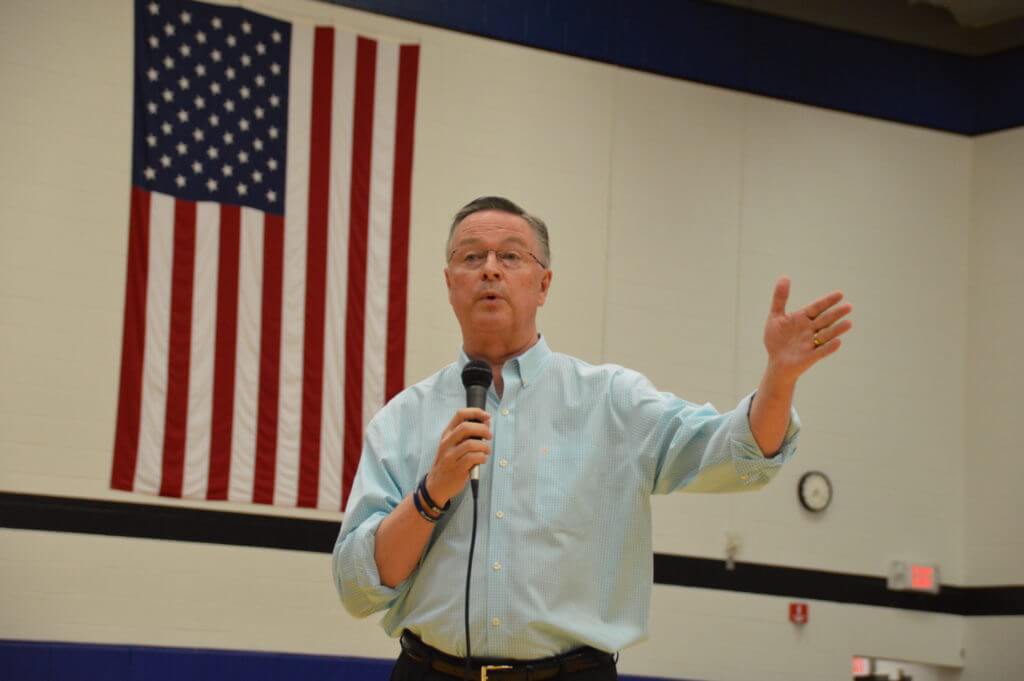 “That’s the first time I’ve met [Blum],” Todd said. “I worked with Jim Leach a lot on epilepsy-related issues. Leach was not a stranger to the issues that Adam deals with, but I’ll make a point to make sure Rod Blum are more familiar with people like Adam and the impact of these proposed cuts.”

Blum has two more town halls this week. There’s one in Cedar Falls tonight and one in Marshalltown on Thursday.