It was quickly evident that Republican Senators Amy Sinclair and Jason Schultz wanted the public hearing on defunding Planned Parenthood short and sweet. Although it was one of the few points in the legislative process where public comments could be taken on the issue, Sinclair limited the the public portion to under 25 minutes. The whole hearing wrapped up in less than a half hour with Sinclair and Shultz indicating their support for Senate File 2.

Although around 500 Planned Parenthood supporters packed the hearing room and the hallway outside, Sinclair rotated through an equal amount of public speakers both supporting and opposing the bill. Sinclair chided a handful of people who lightly applauded after an opposition speaker’s presentation and threatened to have them removed from the room.

“Iowans will undoubtedly start to see teen pregnancy rates rise,” cautioned Suzana de Baca, president of Planned Parenthood of the Heartland. “Without a trusted provider they can rely on for care, they’ll face the dilemma of trying to find birth control. They will be afraid to go to clinics that they fear will share information with their parents.”

De Baca presented the senators with a stack of petitions from their supporters, reminding the room that a nearly 3/4 majority of Iowans support public funding for Planned Parenthood family planning services. She pointed to other health crisis that broke out in American cities when they shut down or defunded the local Planned parenthood clinic.

“We are watching what you will do as leaders of the state,” de Baca warned. “We will continue to remind Iowans that you will now own the decision that led to higher teen pregnancy rates, STI rates and even an increase in pregnancy-related deaths. You are choosing to hang your hat on defunding Planned Parenthood even though your constituents have made their voices clear that this is not what they want you to focus on … We will not back down from this fight.” 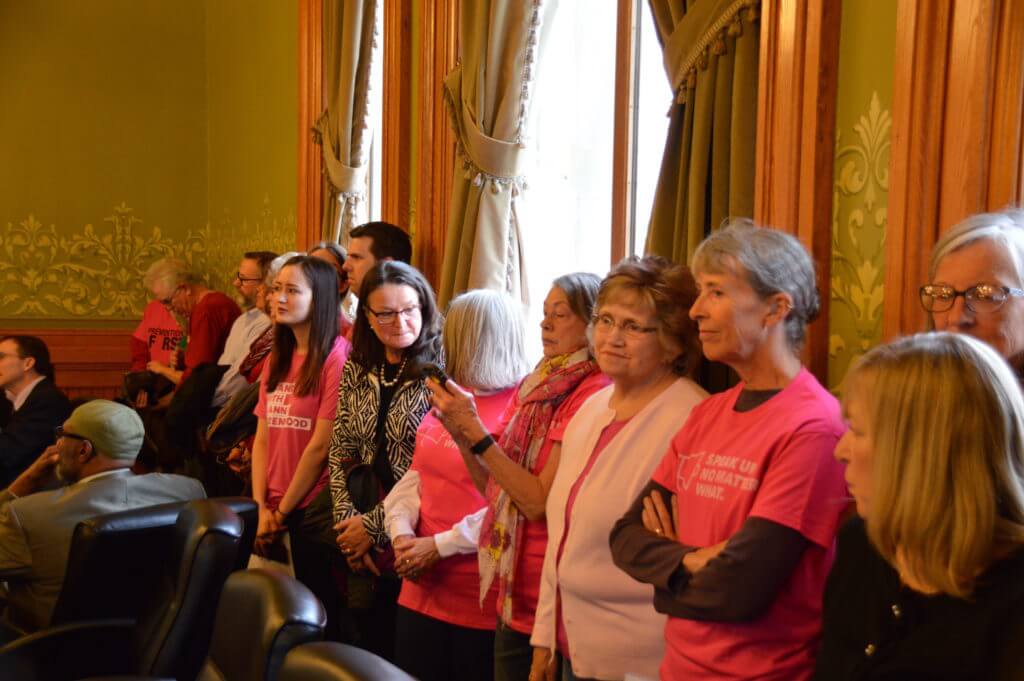 The Iowa Right to Life organization spoke in favor of Senate File 2, suggesting it would provide women with more choices for health services. Another supportive speaker said she didn’t want to see taxpayer money go toward abortions. Senator Janet Petersen, the sole Democrat on the three-person subcommittee, quickly cut her off. 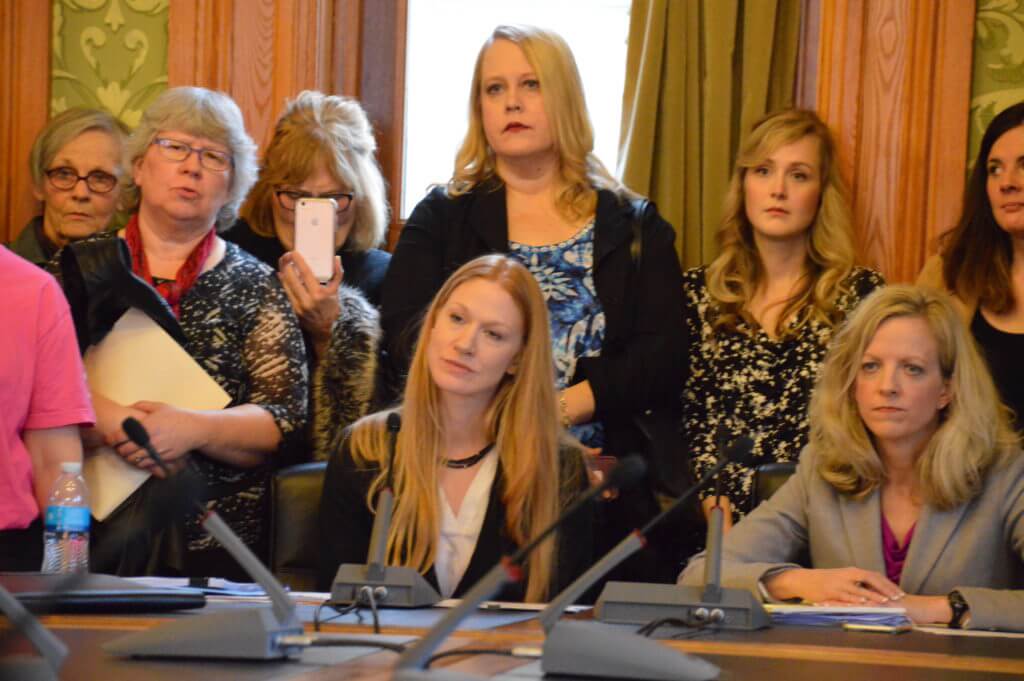 Other opponents of the legislation pointed out that Planned Parenthood and other clinics excelled at providing longterm birth control, which has helped drive down Iowa’s unplanned pregnancy rates.

When Sinclair declared the meeting over, Petersen unsuccessfully attempted to extend the hearing for more public comments and questions.

“So you don’t want to tell the people in the room that the University of Iowa Hospital and clinics and Unity Point patients will no longer have access to those providers?” Petersen protested.

“I am recommending the bill for passage, we will be moving it forward,” Sinclair replied, and ended the meeting.

Petersen kept the room open for an hour afterward so other attendees could sit at the table and make their comments. Democratic senators and representatives remained to listen to them.