A guest post from Sean Bagniewski on his convention experience

Lee Greenwood is singing “God Bless the USA.” Former FDR Democrat Ronald Reagan is displaying his trademark optimism. There are flags. There are lots of flags. It’s the 1984 Republican National Convention. The Soviets are the Evil Empire. The North Atlantic Treaty Organization is our last, best hope for protecting the Old World. We’re the shining city on the hill. It’s still morning in America.

Fast forward to the 2016 Republican National Convention. We have Donald Trump as the candidate. A speech was plagiarized. America is at war on all sides. Muslims must be banned. A wall to keep out Mexicans must be built. We should reconsider the North Atlantic Treaty Organization unless they agree to pay up. An aggressive Russia taking territory by force is to be admired. America is in the dumps. Things are getting worse.

I was honored to attend the decidedly sunnier Democratic National Convention in Philadelphia last week as a delegate captain for Hillary Clinton. There were flags. There were so many beautiful, florescent flags. Two speeches stand out as truly historical to me. The first, of course, was the one given by our first woman presidential candidate and the other was given by Khizr Khan. Mr. Khan spoke passionately about his son, Captain Humayun Khan, a Muslim American soldier who gave his life for his country and his fellow soldiers.

Words cannot express how moving it was to chant “U-S-A” with my fellow delegates during his speech. I stood with Ora McQueen, an African American woman in her seventies who fought for decades for labor rights and for civil rights. I stood with 18-year old Indian American, Sruthi Palaniappan. Her parents moved to the United States in the early nineties. She led her own caucus this winter and will be attending Harvard in the fall.

I stood with Cindy Pollard and Gayla Snook, a couple who got married as a result of the Varnum decision. They knock hundreds of doors each year because they know firsthand how devastating bad public policy can be. I stood with a young Latino Filipino, Pasquale Guerra Luz, who wanted to tell his grandmothers he voted for the first woman president. I stood with the first Muslim American representative for the state of Iowa, Ako Abdul-Samad. His son was killed by a troubled young man. Ako took him in. He turned his pain into power, founded a nonprofit, and has made our state a better place. 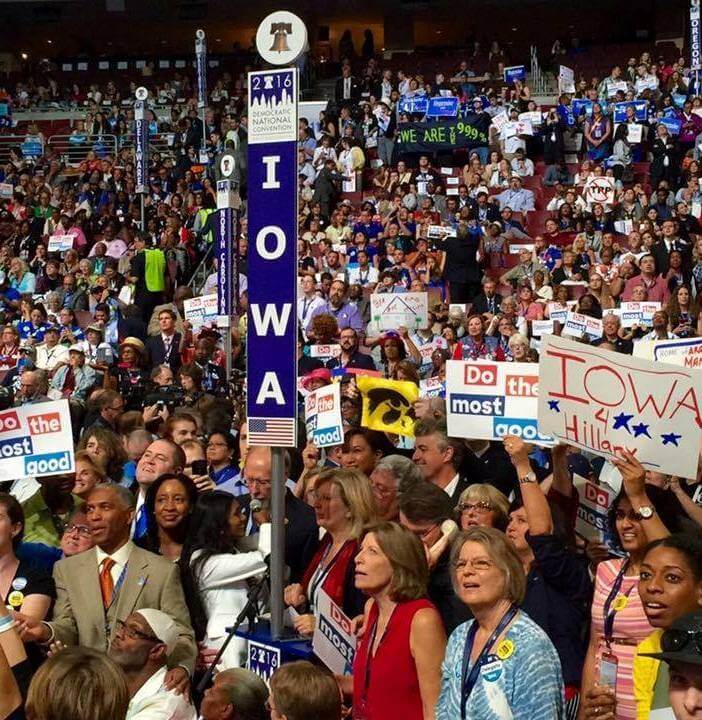 With a majority of our delegation made up of minorities, we were the most diverse in Iowa’s history. We need to remember that next time the Iowa caucuses are in question and critics are saying we don’t represent the country. We do. In addition to having far more color than our Republican counterparts, it was striking to see how much more positive we were about the country’s future. While Democrats were called pessimistic and unpatriotic in the Bush years, the pride in country and the happy warrior outlook was all ours this time. So, what happened?

I would argue that it’s a few things. First, 9/11 changed everything. We realized that we couldn’t ignore the world. We also learned how quick and fragile life really is. We have to do as much good as we can as quickly as we can. Gay marriage – not civil unions – gay marriage is now the law of the land. We’ve elected our first African American president. We’ve nominated our first woman as a major presidential candidate. Health care is more widely available than ever before. 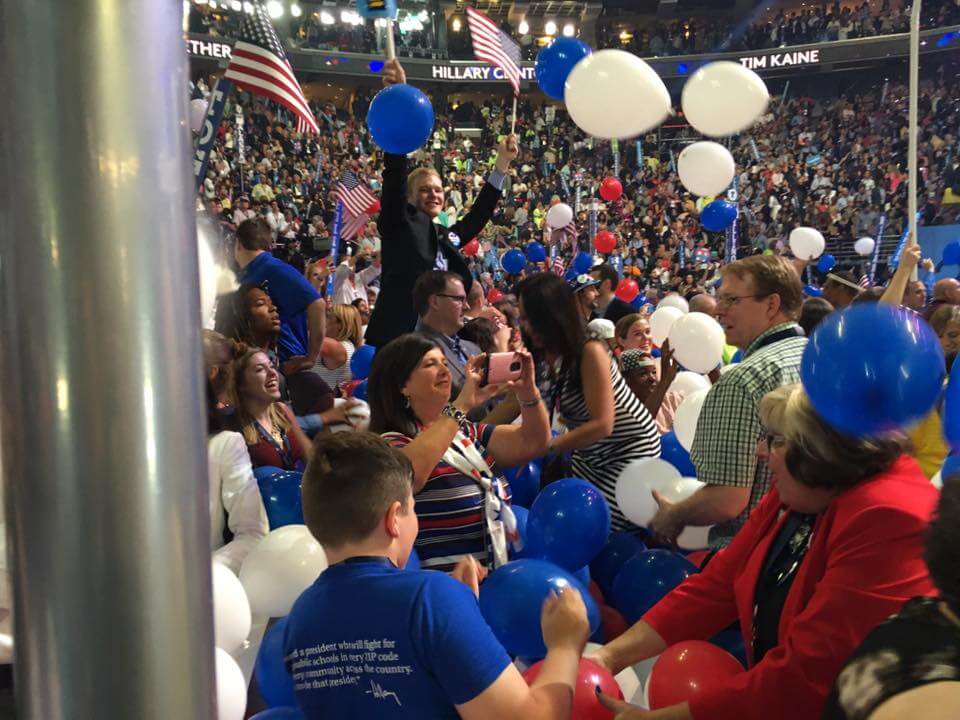 It’s all happened so fast that we take it for granted. The Internet had a lot to do with it as well. We talked to each other more than ever before. We realized that a lot more people were for gay marriage than were against it. We could donate to our mutual causes, perhaps most impressively with all the small donations for an Illinois state senator named Barack Obama. The Trump Republicans saw the tumult of the 2000’s as a reason to pull inward and hunker down. We saw it as a reason to make things better.

Perhaps it’s best then that Donald Trump is the candidate to go up against the first female presidential candidate. Like the sexist boss from a seventies sitcom, he represents the underside of our past so perfectly. The bullying, the ego, the sense of being permanently aggrieved, the entitlement, the smallness. Our outlook for the future is brighter and more colorful, both literally and figuratively. The false patriotism we saw in Cleveland, highlighted by wall-building and banning people based on their religion and attacking visibly emotional Gold Star mothers, is in its dying gasps. The 2016 Convention showed that a new American patriotism celebrated by all of America’s races, religions, genders, and orientations is here.