I can still remember it. I was standing in line at the grocery store and got a call from my friend, Brenda Kole, who had been helping with Hillary Clinton’s exploratory committee. She asked if I remembered a film crew who had stopped by my house several weeks before to talk about whether my wife and I thought Hillary should run for president. I said I did and she said the footage about our home renovations and our rescue lab puppy was going to be used in Hillary’s launch video, which would go live in a few minutes. By the time I made it home, the video had been released and my cell phone and social media were absolutely flooded.

After that 15 minutes of political spotlight wound down, I got to meet her backstage at the Fairgrounds in June and she thanked us for being in the video. I assumed I’d just be in for a summer of volunteer house parties and helping to organize the vote for her in Northwest Des Moines. Our interior renovations were completed and we had hired someone to paint our house’s exterior as I headed off to Ohio for a work trip. While there, I had a few minutes between meetings and looked down to see a call from Hillary’s Iowa campaign manager, Matt Paul. You always answer the phone if you’re getting a call from Matt Paul. He asked if I had any time for a “special guest” at our house in three days. Needless to say, my next phone call was to our house painter. The entire house had already been stripped and he told me I was crazy if I thought they could get a two week paint job done in three days.

So what’s it like to have a presidential visit? Wonderful and crazy all at the same time. You really can’t clean your house enough or have your yard manicured enough for a presidential candidate. Somehow the painter was able to have the half of the house facing the audience painted by the big day. I made a joke to the crowd that they shouldn’t look at the back or east side of the house. Everyone laughed. I wasn’t kidding. 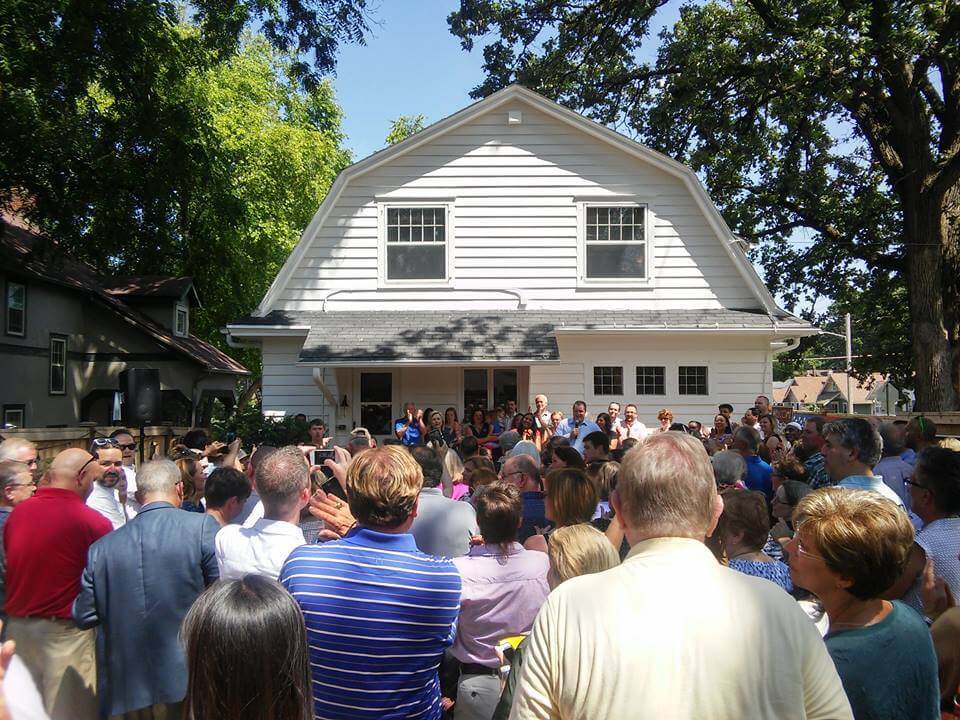 I introduced Hillary on our back deck and talked about how dedicated our voters are in “Northwest Des Moines, Beaverdale, Obamadale, and now… Hillarydale.” The crowd cheered. Thank God. You’ll never believe how many undecided Democrats we squeezed into the backyard that day. Despite the 94-degree heat, Hillary gave a great speech and took questions from the audience. Then she did something somewhat unexpected. She stayed on the deck and shook every hand, signed every memento (including the chest of a man in a yellow polo shirt), and talked to every person until everyone had left our yard. I’ve been fortunate enough to meet a lot of politicians and a fair share of presidential candidates. They can often be good with people and not actually like people. Hillary Clinton genuinely likes people. You might not think so, but meet her and you’ll know what I’m saying.

Two hours after her arrival, Hillary was still talking with a small group of our friends and family in the house.  She had earlier noticed that I had a Childe Hassam painting similar to one Bill had in the Oval Office.  I let her know that I met Bill in 1994 at a rally for gubernatorial candidate Bonnie Campbell.  I was a poor fifth grader from the trailer park and he had stopped to talk with me and later had the Secret Service bring me a note with his signature.  It’s 21 years later, and I’ve felt the lightning bolt for public service ever since. 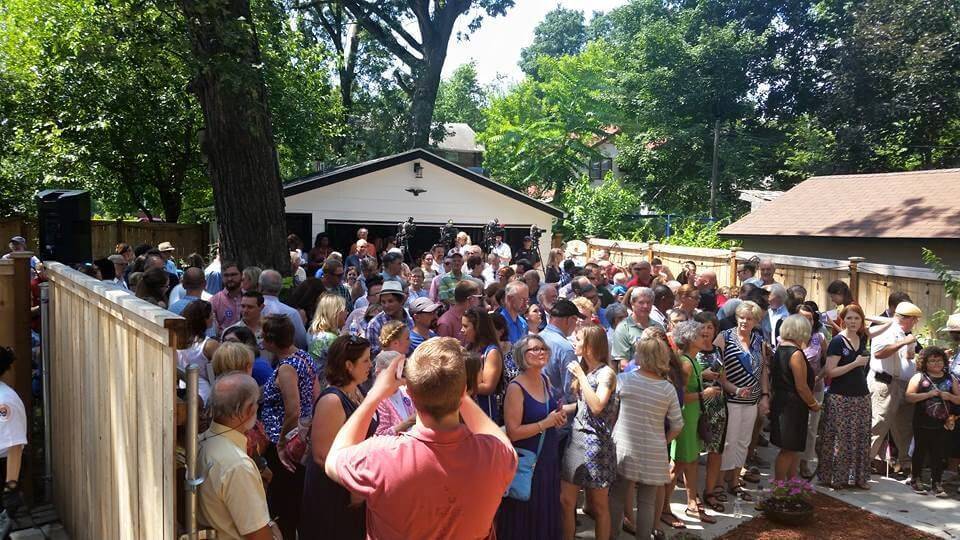 After Hillary left, I held hands with my 73-year old grandmother, Jean, one of the many women who helped raise me.  She lives in a town of 256 in rural Wisconsin and her sister, Jan, had been a Catholic school principal who adored Hillary Clinton. Somehow that rubbed off on my nonpolitical grandmother and she had been asking me at least monthly for many years whether I had heard any news in Iowa about our friend Hillary.  She told me she never thought she’d see a woman president in her lifetime. We couldn’t believe that the better half of the Clinton family I had first encountered back in 1994 had actually been in our house.  Sometimes politics, like life, comes back full circle.